Naivity, novelty and the writer’s art 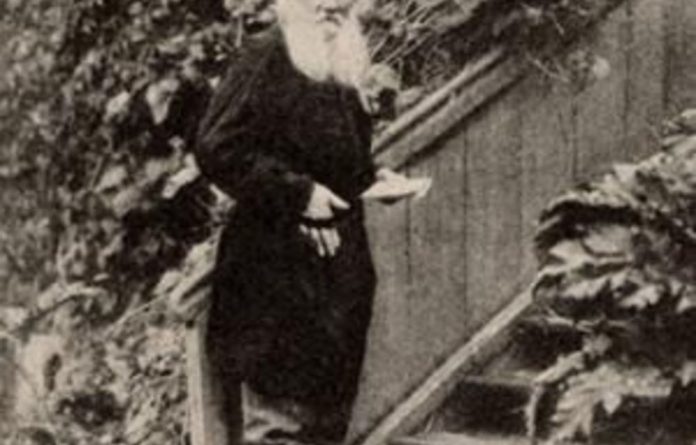 The Naive and Sentimental Novelist: Understanding What Happens When We Write and Read Novels by Orhan Pamuk (Faber)

Geography tells its own stories, which might be the important ones, even more important than the stories history tells. Elif Batuman, a young Turkish-American critic and a new star of what used to be called belles lettres, grew up in New Jersey and, after sojourns in New York and ­Samarkand, Uzbekistan, seems to live half in Ankara and half in ­California.

Orhan Pamuk, recipient of the 2006 Nobel prize, lives in his memories of 1960s Istanbul while teaching at Columbia University.

They share a view that books are central to culture, which might have something to do with the position of Turkey, the country that unites Europe and Asia without entirely belonging to either and therefore manages to be in a postcolonial and a postimperial condition at the same time.

Apart from their interest in the United States, which Batuman leaves and Pamuk enters, there are no ­obvious points of contact between their careers and points of view. There is one key point of difference, though, in their relationship to the university and university thought. Pamuk’s 2009 Charles Eliot Norton lectures at Harvard, collected in The Naive and Sentimental Novelist, have the worthiness that you also see in JM Coetzee, a proper seriousness and severity.

Pamuk relies on the German ­philosopher Schiller for his title. He borrows from the great ­Marxist ­theoretician Georg Lukacs in ­developing his own ideas about the genre of the novel. And, like Coetzee in this mode, Pamuk’s meta-literary observations often have the sound of elegant platitudes. Far too much of The Naive and Sentimental Novelist relies on the contrast introduced in the title.

“Being a novelist is the art of being both naive and reflective at the same time.” To be naive is to be “one with nature — calm, cruel and wise. Poetry comes spontaneously to naive poets from the natural universe they are part of.” But the “modern ­sentimental-reflective poet questions everything he perceives, even his very senses”.

Some of Pamuk’s individual thoughts are nice.

“People do not actually have as much character as we find portrayed in novels,” he notes, arguing that the essence of ­reading novels is identification with the ­protagonist. Yet Pamuk’s own novels, though beautifully and ­exhaustively engineered, preclude such ­identification, at least in my ­experience. He quotes Strindberg’s remark that “painting made him indescribably happy — as if he had just taken hashish” and says that, in reading a book that we care for, we become possessive and “begin to feel that the novel was written just for us and that it is only we who truly ­understand it”.

Charm of novelty
And then there are instances of sententiousness, the usual defect of teachers and professors and parents who forget that wisdom never enters a person through the eye or the ear but, instead, by a certain ­internal relationship to life. “It was by ­taking novels seriously in my youth,” Pamuk explains, “that I learned to take life seriously.”

Right at the end of his lectures, Pamuk quotes Coleridge, who gives a much better account in a description of the purpose of Wordsworth’s poetry: “To give charm of novelty to things of every day and to excite a feeling analogous to the ­supernatural, by awakening the mind’s attention from the lethargy of custom and directing it to the loveliness and ­wonders of the world before us.” ­

Seriousness is not a virtue of the imagination; rather it is the ability to look as a child, or a stranger, on adulthood that counts.

For Pamuk, like Coetzee, the ­academy is the decisive institution of adulthood. Elif Batuman knows ­better and knows that books are ­better than universities because they come far closer to the basic forces of life. Batuman spends seven years “in the Stanford comparative ­literature department”, which “were also a matter of love and ­fascination with Russianness. This love also arose through a series of chance ­encounters and began in my ­childhood.” In The Possessed ­Batuman tells the many stories of these chance ­encounters.

“When I was in high school, I studied the violin on Saturdays at the Manhattan School of Music. My teacher, Maxim, was the first ­Russian person I ever met. He wore black turtlenecks, played a mellow-toned, orange-colored violin and ­produced an impression of being deeply absorbed by considerations and calculations beyond the normal range of human cognition. Towards the end of one lesson, for example, he told me that he had to leave 10 minutes early and then proceeded to spend the entire 10 minutes unravelling a logically tortuous explanation of how his early departure wasn’t actually depriving me of any violin instruction. ‘Tell me, Elif,’ he shouted, ­having worked himself up to an almost amazing degree. ‘When you buy a dress, do you buy the dress that is the most beautiful . . . or the dress that is made with the most cloth?'”

Resignation of the soul
For Batuman, “At every step, the riddle of human behaviour and the nature of love appeared bound up with Russian”. She asks about Anna Karenina: “How had any human being ever managed to write something simultaneously so big and so small, so serious and so light, so strange and so natural?”

Then she follows her question to the International Tolstoy Conference, held at the writer’s estate Yasnaya Polyana, where Batuman has to walk around in peasant’s attire because the airline has lost her suitcases: “Every morning, I called Aeroflot to ask about my suitcase. ‘Oh, it’s you,’ sighed the clerk. ‘Yes, I have your request right here. Address: Yasnaya Polyana, Tolstoy’s house. When we find the suitcase, we will send it to you. In the meantime, are you familiar with our Russian phrase resignation of the soul?'”

The Possessed, a combination of travel writing and literary sketches, is fascinating on other Russian writers, such as the great Isaac Babel, the wartime author of Red Cavalry, who “wasn’t alienated from life — to the contrary, he sought it out — but he was incapable of living it otherwise than as the material for literature”. There are Dostoyevsky gambling in Florence, and czarina Anna, “remembered primarily for her love of jesters, dwarfs and Germans”, and a recent plan to re-establish Petersburg as “the birthplace of ice sculpture”.

Time and place
But Tolstoy is the real star of The Possessed, as he should be, the tsar of the 19th-century novel who never believed half as much as Pamuk in writing novels at all.

Here he is, visiting Chekhov, “in Yalta, where ­Chekhov had gone to die. One day in Yalta, Tolstoy put his arm around Chekhov. ‘My dear friend, I beg of you,’ he said, ‘do stop writing plays!'”

And here Batuman finds him, “in his 60s, when he learned how to ride a bicycle. He took his first lesson exactly one month after the death of his and Sonya’s beloved youngest son. Both the bicycle and an introductory lesson were a gift from the Moscow Society of Velocipede ­Lovers. One can only guess how Sonya felt, in her mourning, to see her husband teetering along the garden paths. ‘Tolstoy has learned to ride a bicycle,’ Chertkov noted at that time. ‘Is this not inconsistent with Christian ideals?'”

Pamuk turns up exactly once in The Possessed. Batuman notes that in Turkey, “most people just weren’t into novels at all. They liked funny short stories, funny fables, serious fables, essays, letters, short poems, long poems, newspapers, crossword puzzles — they liked practically any kind of print matter better than ­novels. Even in 1997, of course, there was already Orhan Pamuk, already writing novels … and you could see how miserable he was about it. I bought The Black Book [Pamuk’s novel] that summer. It was about a guy looking for a woman called ‘Dream’. This guy was ­walking around the streets of Istanbul ­calling: ‘Dream! Dream!’ I remember reading this on a bus in Turkey and feeling deeply, viscerally bored. I spent the rest of the bus ride looking out the window.”