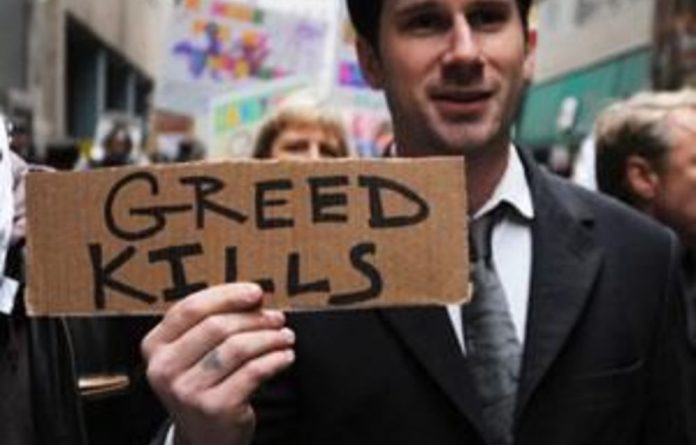 Protesters took to the streets in rainy New York and cities across the US for a day of action seen as a test of the momentum of the two-month-old grassroots movement against economic inequality.

Organisers and city officials had expected tens of thousands to turn out for a demonstration following the New York police raid that broke up the protesters’ encampment in a park near Wall Street on Tuesday.

A crowd that disappointed organisers throughout the day grew to several thousand after the standard work day ended and labour union activists joined a march across the Brooklyn Bridge, where last month more than 700 people were arrested during a similar march.

“We certainly want to see more people mobilise and show up,” said Occupy Wall Street spokesperson Jeff Smith, who nevertheless said there was “a fantastic turnout”.

Festive
After tempers among police and protesters flared throughout the day, crowds grew larger and more festive after dark.

“This is a great night for a revolution. I’ve never seen anything like this in my entire life,” said Daniel Reynolds (34) a financial analyst at a venture capital firm, who joined the protests for the first time on Thursday.

Many protesters complained of police brutality, pointing to one media image of man whose face was bloodied during his arrest and another of a woman who was dragged across the sidewalk by an officer.

Police reported seven officers were injured, including one whose hand was cut by a flying piece of glass and five who were hit in the face by a liquid believed to be vinegar.

Police barricaded the narrow streets around Wall Street, home to the New York Stock Exchange and used batons to push protesters onto the sidewalk as they marched through the area to try to prevent financial workers getting to their desks.

Evicted
Workers were allowed past barricades with identification and the New York Stock Exchange opened on time and operated normally.

Protesters banged drums and yelled, “We are the 99%,” referring to their contention that the US political system benefits only the richest 1%.

At the Union Square subway stop, one of the busiest in the city, protesters tried to crowd the entrance but police repeatedly moved them against the walls to make way for subway riders.

Demonstrators targeted bridges they considered in disrepair in cities such as Miami, Detroit and Boston to highlight what they said was the need for government spending on infrastructure projects to create jobs.

In Los Angeles, hundreds of anti-Wall Street demonstrators marched through the financial district, blocking a downtown street to snarl morning rush-hour traffic and briefly pitched tents outside a Bank of America office tower. Nearly 80 protesters were arrested in the city.

Disappointing turn-out
At least 300 people gathered at Chicago’s Thompson Centre, giving speeches in English and Spanish. The protest was focused on jobs with signs reading: “We need jobs, not cuts” and “Jobs, schools, equality: end the wars”.

The Washington, DC gathering was smaller than hoped for by organisers. One protester in McPherson Square said he expected about 1 000 people, while about 200 showed up, with many leaving within the hour.

About 100 marched through downtown Denver, chanting slogans and calling for the recall of Mayor Michael Hancock for his decision to have police remove illegally pitched tents and other items from the Occupy Denver campsite last weekend.

In Dallas, more than a dozen people were arrested when police shut down their six-week-old camp near City Hall.

Hundreds of Occupy demonstrators in Portland, Oregon, gathered on a major bridge and later massed in front of a Chase bank branch downtown. Police arrested at least 30 people.

No relief
About 600 protesters in Seattle converged in an early evening “Jobs Not Cuts” rally on a bridge spanning near the University of Washington, causing a 3km traffic backup during the city’s raining rush hour.

Police in Las Vegas arrested 21 protesters who sat down in the street outside a federal courthouse after they ignored warnings to leave.

Before dawn on Thursday, police cleared away a protest camp from a plaza at the University of California, Berkeley, where 5 000 people had gathered on Tuesday night.

Protesters say they are upset that billions of dollars in bailouts given to banks during the recession allowed a return to huge profits while average Americans have had no relief from high unemployment and a struggling economy.

They also say the richest 1% of Americans do not pay their fair share of taxes. — Reuters