Once Upon a Falling Star 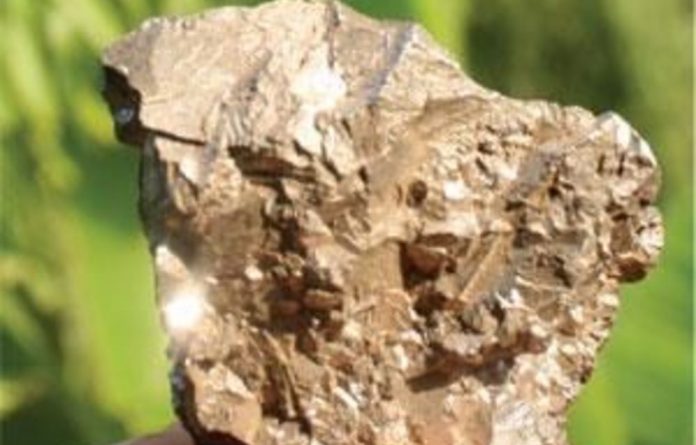 A very long time ago, something earth shattering happened on a landmass we know today as the Free State.

In fact, as far as we know, it is probably the most earth shattering event subsequent to the creation of the moon that has ever taken place on Earth. If the big sky plains of the Free State seems a strange place for an earth shaking event, the event itself could not be more bizarre, spectacular and indeed, bone rattling.

For background, remember that the earth is estimated to be 4 500 million years old, and the moon 4 450 million year old (created when a planet destroying 3000km wide rogue rock collided — a glancing blow to the present north pole — into our molten planet). Then, 2 023 million years ago, some people believe that a UFO 10 kilometres wide, or about the size of Table Mountain and traveling at 200 000km/h through space, made a bullseye for the present-day northwestern Free State.

The collision caused a magnitude 14 earthquake on the Richter scale, 100 000 times more powerful than the 1979 Tangshan earthquake (the largest 20th century earthquake by deathtoll). A portion of the earth’s atmosphere incinerated, molten rock and acid rain fell over a large area, and tsunamis several hundred metres high swept the Earth’s oceans.

The entire planet cooled down over the next few years as a huge dust cloud enveloped the planet. An event that changed the fate of all life on earth lasted just 4 minutes. It is hard to believe the whispering veld between Welkom in the south, and Johannesburg in the north, is the setting of a cataclysm that changed the fortunes of all living creatures today.

But while the furious impact near Vredefort is the largest and oldest that we know of, impact craters on the moon are up to six times larger. And while a majority of scientists agree that either a comet or a large asteroid pummeled the gentle Free State plains, a vital piece of evidence remains at large.

Some skeptics have noted that an extra-terrestrial body would have deposited one of the heaviest elements at the site, a substance known as iridium. (Because of its exceptional hardness, iridium is used, for example in the iridium alloy nib of the Parker 51 fountain pen).

But a recent NASA/Los Alamos study found no traces of iridum where it should have been; about 100km north of Free State’s third largest town, Kroonstad (in the Vredefort area). This has led to conjecture that rather than being a 300km wide impact crater, the crater centred at Vredefort may have been a mind-bogglingly massive eruption of gas.

This theory, known as the Verneshot Theory (after science fiction writer Jules Verne) describes the events at Vredefort as simply due to a release in pressure. Such an eruption, is it argued, would have produced similar results: crater rings visible from space, rocks resembling melted glass, shatter cones and ultrafine lines (visible under a microscope) in quartzite.

But while traces of iridium — one of the rarest elements on Earth — have been found at other impact craters, such as Sudbury in Canada, Norilisk in Russia and Chicxulub in Mexico, (all three smaller than the Vredefort Dome, and not as old) one of the largest sources of this ‘star stuff’ is right here in South Africa after all.

Even though gold is 40 times more abundant, and platinum 10 times more abundant than iridium, there’s plenty of iridium in a local geological feature known as the Bushveld Igneous Complex, which neighbors the Vredefort Dome area. And curiously, the Bushveld Igneous Complex is also rich in another very rare metal associated with asteroids — platinum.

In fact 80% of the world’s platinum is in South Africa. In 1990 new evidence supporting the impact theory came to light when telltale shatter cones were discovered in a bed of the Vaal River, which flows through the Vredefort Dome. This discovery has cemented the idea that the site was created by a ‘bolide’ (Greek for missile), a term geologists use when referring to meteorites.

One can imagine that immediately after the large fireball ploughed into our blue planet at 10-70 kilometres per second (a rifle bullet travels at 300 metres per second), the momentum and energy of this object was almost instantly transferred into the rock strata around it. Shockwaves began passing outwards at supersonic speeds, causing compressed rock directly under the meteorite to rebound upwards (the way a drop of water causes a second upward plop).

The impact kicked up about 70 000 cubic kilometers of our planet. The steep walls of the molten impact crater then slumped inwards, creating gentle slopes, and effectively doubling the size of the original crater. Collapsed material and melted and fractured rock then mixed together, creating a flat crater floor.

What happened in the Vredefort area was on a far greater scale than the dinosaur killer that hit the Earth at Chixculub in Mexico. That meteorite, about the same size but creating only a 180km wide crater, crucially hit the Earth and sea, unleashing the world’s largest megatsunamis (thousands of metres high). That impact happened fairly recently in comparison to the Vredefort impact (65 million years ago versus 2 000 million years ago).

However, given the well known mass extinctions of the Mexico event, it makes sense that the Vredefort impact had equally momentous life altering results. It’s also interesting to note that much of the oil found in the Gulf of Mexico was created thanks to the debris of that impact.

The same can be said for the Sudbury site, and the Norilsk in Russia; very large mining operations occupy every site in every instance where there has also been a major extra-terrestrial impact. South Africa’s platinum endowment is more than likely due to a space rock that landed on our shores in the early history of our planet. And the ‘ripples’ this falling star created in the crater rings near Johannesburg are called ‘the Witwatersrand’ today. These ridges are famous for overflowing with the world’s richest gold veins.

Geologists have noticed the peculiar nature of the gold bearing rock at the Witwatersrand. Layers of rock that once occurred in deep subterranean chambers, have been pushed upwards by incredible forces, disgorging gold right onto the Earth’s surface.

Harmony Gold Mine, based in the Free State mining town of Welkom (at the southern boundary of the Vredefort Dome) is the fifth largest gold producer in the world. While the Witwatersrand contains the world’s largest known gold reserves, and some of Harmony’s mines have already burrowed more than 3 kilometres below the surface, it is estimated that these gold layers continue to a depth of 11 kilometres.

It is not farfetched to imagine that Johannesburg, which is perched on the rim of the world’s largest impact crater, owes its fortunes, indeed its very existence, to an errant rock from outer space. Nor is it an exaggeration to say that the nation of South Africa has been formed around the unusual mineral riches of our rocks.

The history of the country, and the Free State in particular, is replete with stories about men seeking after gold and diamonds, and committing themselves to war in defense of these deposits. The attention and commitment of the British Empire on this far flung territory was also no accident.

Gold and diamonds drew settlers and entrepreneurs in their thousands, and around the mines rose financial powerhouses like Johannesburg. But beyond our modern concerns in this country, around mining and commerce, it is interesting to reflect a little on the sheer impact the Vredefort explosion must have had on living things at the time. Probably, life was very primitive when things on the highveld started going haywire.

One of the dominant forms of life, stromatolites, suddenly had to up their game, because for some time the sun would be blotted out. This stress, which was not insurmountable for cyanobacteria, may have offered a chance for new organisms to emerge at a critical early phase in the Earth’s history.

Stromatolytes came onto the scene and dominated the first 3 500 million years of Earth’s history. Their abundance peaked 1 250 million years ago, 750 million years after the Vredefort impacts. But stromatolytes may well have remained the Earth’s only citizens were it not for a series of shooting stars that quickly, and also gradually, started to change everything.

Over an unfathomable period of time, the world’s continents began to move. Central Africa, 400 million years ago was situated over the South Pole, and Table Mountain, which started off as a shallow sea fed by hundreds of braided rivers spilling their sediments, began to shift and rise out of the sea. And eventually the fields of the Free State drifted under a big sky and bright yellow sun. Even today, the Free State and the skies above it still feel lost in time.

Note: Due to its exceptional geological history, the Vredefort Dome was added to the list of UNESCO World Heritage Sites in 2005.