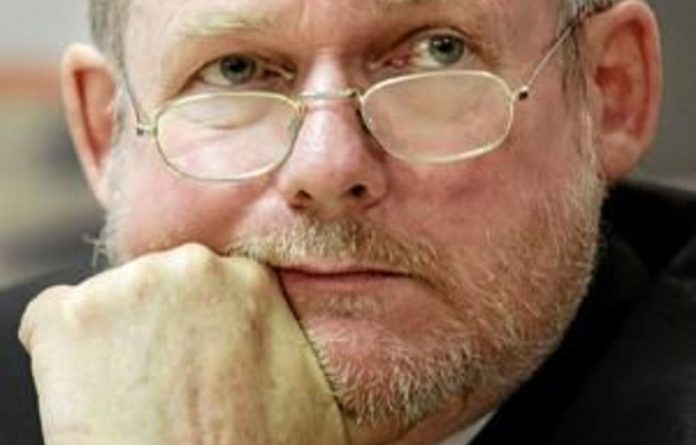 South Africa is backing plans for a single currency unit within the exclusive Brics grouping that the emerging giants could use to trade among themselves and circumvent the need for euro and dollar conversions.

The idea, first mooted in April when South Africa joined Brazil, Russia, India and China as a member of the group, could cause consternation given the eurozone crisis, which has brought into question the wisdom of single monetary units not backed by a centralised fiscus. The Brics are estimated to hold nearly half of the world’s foreign reserves at a time when Europe and the United States’ reserves are being eroded.

In an interview with the Mail & Guardian South Africa’s trade and industry minister, Rob Davies, said finding an alternative to convertible currencies was a priority for the Brics countries.

“One of the critical issues we have is the question of conducting trade between ourselves that does not require recourse to third-country currency and to convertible currencies like the dollar and euro, which are incredibly volatile these days,” said Davies.

Although creating a single currency would be a complicated “longer-term ambition”, Davies revealed that an interim “clearing-out arrangement” would be negotiated so that the Brics countries would not have to use dollars or euros to trade.

“[A clearing-out arrangement] would be a very important structural change in the way we trade.”

Davies said it had not been decided whether a new currency would be created for Brics members, or whether they would trade in one of the five existing monetary units.

“I think we will need to wait and see what the proposal is going to be. But I imagine the first step will be some sort of clearing-house arrangement, which means we will be measuring the balances we have with each other and discounting one against the other and financing trade that way.”

A proposal was drawn up by the other members some time ago, but had to be sent back to the drawing board when South Africa joined the bloc. It will be discussed again at the next Brics summit in India next year.

Some analysts agree that there could be benefits to a common Brics monetary unit, because it would reduce the countries’ reliance on the dollar and the euro when trading South-South. But it would take many years to pull it off, they say.

Trade conventions
Critics of the plan say that although many bilateral and multilateral agreements exist between the members, there are no formal trade conventions in place yet. They are therefore justified in arguing that talking about a common currency is premature. Also, although the currencies of South Africa and Brazil are reasonably free-floating, China and Russia have highly regulated monetary policies that would be a hurdle to establishing a common monetary unit.

Another argument is that although trading in a common currency would be beneficial, the Brics members would still measure their trade levels against the dollar or the euro, so there would still be that dependence. Although there has been a major shift towards South-South trade among emerging countries, the majority of trade exchange remains with the West.

China, the biggest economy in Brics and second only in the world to the US, has been the driving force behind the single-currency idea. The Asian superpower has made no secret of its long-term ambitions for the renminbi or yuan to take on the US dollar. Renminbi banking is already available in Zambia and Nigeria and the central banks there plan to hold part of their foreign reserves in the Chinese currency.

Moves are already afoot to streamline trading between the Brics members. In October stock exchanges in Brazil, Russia, Hong Kong and South Africa unveiled a cross-listing agreement, the Bric Exchange Alliance, for derivatives for their combined market capitalisation of $9-trillion.

The bourses of these countries collectively have 9 481 companies listed on them and, by June, accounted for 18% of global exchange-listed derivative contracts traded by volume.

By joining Bric, South Africa has made sure it is at a very important table, but many have questioned the country’s economic eligibility and what it will really gain.

A paper that Mzukisi Qobo wrote for the South African Institute of International Affairs in September argued that South Africa would do better to focus on inter-Africa trade and risked being overshadowed by China and India in terms of foreign policy. He also warned that should the Bric countries “fall out of favour” with African countries, it could “cast South Africa in an unfavourable light on the African continent”.

But Davies said being part of Brics was about improving both South Africa’s emerging markets trade and the quality of that trade.

“We have seen already a fairly large quantitative shift towards trade with Brics countries, particularly China and India. China is our number one trading partner; India is number six in terms of exports and nine in terms of imports.”

The question is: What is the nature and content of that trade?

“We find that we supply largely primary products, to China in particular, but also to India. Our top 10 products in both cases are dominated by mineral products. What we’ve been saying is that we must work together to change the structural nature of trade so that we can export more value-added products, things that are going to support job creation and things like that.”

Discussions on this topic were already well advanced with China, Davies said, and later this month a South African delegation would attend trade exhibitions in Shanghai and Beijing to market value-added products. He added: “Within Brics we are similarly industrialising countries and what we need to talk about is building complementary trade in areas where we don’t directly compete.”

Discussions about such complementary trade are already taking place, parallel to bilateral and multilateral talks, but Davies denied that there was duplication or repetition between Brics agreements and those of the India, Brazil and South Africa Dialogue Forum.

Brics, he said, included China and Russia, which the forum did not, making the dialogue more diverse. The co-operation projects signed among the forum members remained important, he said.

“[The forum] has an extensive framework of co-operation. There are many portfolios but, for example, one area is co-operation between small businesses.”

Responding to criticism that Brics was more of a talk shop than a functioning organisation, Davies said: “I do think we need to build a co-operation agenda in the framework of Brics as well, but that is a work in progress.”

South Africa’s entry into Bric came more or less at the same time as a new focus on inter-African trade and calls by policymakers to improve infrastructure and trade mechanisms. But Davies refuted the argument that the country should focus on its African trade, saying South Africa remained totally committed to regional trade and infrastructural development. He pointed out that the government had been a major driver of the Cape to Cairo Tripartite Free Trade Area that aimed to connect 26 countries in one single trading bloc.

“Despite joining Brics we have not turned our back on Africa. And we are very aware that our presence in Brics is partly because we are on the African continent and the continent is of emerging strategic significance.

“We have not gone into Brics to the exclusion of Africa. Being in Africa positions us as a pivotal country in the emerging economic relations of the world’s economy.”

Davies said the free-trade area agreement would put together a bloc with a combined economy of $1-trillion and a population of almost 700-million. “So, I think that by building that base it also means that Africa’s position in the world will be much stronger, and through us it will have access to the Bric countries.”