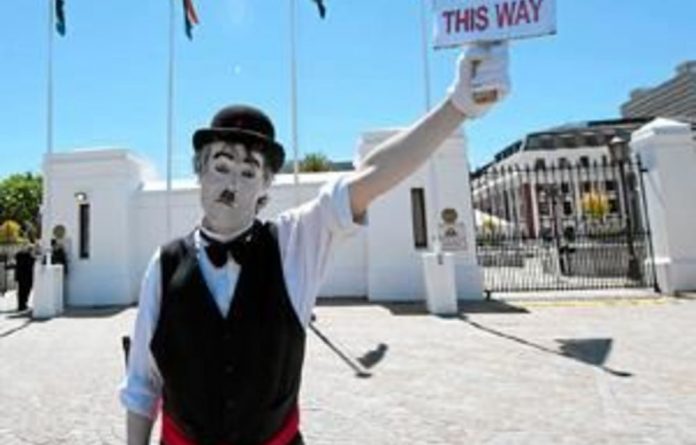 The National Assembly is expected to pass the controversial Protection of State Information Bill next week without any amendments to the draft that was withdrawn from Parliament in September for public consultation.

The ANC failed to hold the public consultation meetings promised and the return of the unchanged Bill to the House for a vote next Wednesday appears to have dashed hopes raised by Deputy President Kgalema Motlanthe, who told a meeting of parliamentary reporters early this month that it was possible that a public interest defence clause could still be included in the legislation.

There has been speculation that changes, which include the insertion of a public interests defence, may be made when the Bill reaches the National Council of Provinces.

But in speeches during the debate on the Bill this week ANC MPs made it clear that there was no room for the inclusion of such a clause, which the media and civil society have called for.

State Security Minister Siyabonga Cwele acknowledged that there were two demands “that we have found impossible to accommodate in this Bill” — those calling for a public interest defence and a public domain defence.

He said that international best practice had been considered and that no country in the world engaged in “such reckless practice”.

Cwele insisted that the Bill had several inbuilt mechanisms for public interest protection and overrides. “We have strengthened the alignment with the Promotion of Access to Information Act and protection of whistleblowers.”

Another ANC MP, and chairperson of the revived ad hoc committee that is processing the Bill, Cecil Burgess, claimed that he had recently travelled throughout the country briefing South Africans and others on aspects of the Bill. However, ANC alliance partner Cosatu disputed that such meetings were held.

Burgess said he was shocked by the level of misunderstanding about the provisions of the Bill.

“All, without exception, blamed the media for their misunderstanding and all confessed that it was through the media that they had developed incorrect and false perceptions and opinions about the Bill,” he said.

In a statement Cosatu said it had supported the withdrawal of the Bill from the Assembly’s programme to allow the ANC hold a countrywide public engagement process.

“However, the Bill is now again before the National Assembly without a single public meeting having been convened in the provinces, as promised, and in respect of which we had intended engaging through our provincial structures.

“The version of the Bill that is being considered by the National Assembly therefore remains unchanged from that which was adopted in September by the ad hoc committee that processed the Bill.”

Cosatu said it would seek a meeting with the ANC to clarify the process both in relation to Parliament and the provincial public consultation process that appeared to have been abandoned.

The federation also called for the complete withdrawal of the Bill from Parliament and suggested that it be referred to the South African Law Reform Commission to investigate how state information could be appropriately regulated.

Two ANC provincial leaders told the Mail & Guardian that there had been no public meetings aimed at engaging communities in their provinces on the Bill.