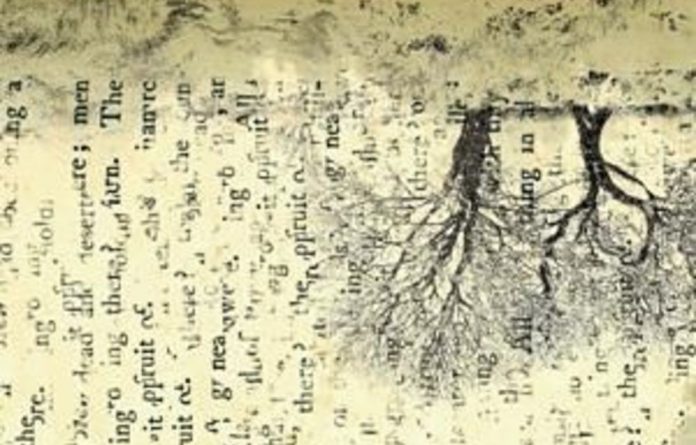 The Loss Library and Other Unfinished Stories by Ivan Vladislavic (Umuzi)

And perhaps the place Ivan Vladislavic’s “I” visits in The Loss Library is a department of that Hades, but not a fire-and-brimstone one, just a hypermeticulous preservation of lost possibilities — or, for that matter, an infernal space that rewrites the myth of Tantalus.

But then there’s also a special genre of writers writing about what they didn’t write. Joseph Heller, late in life, managed to get a whole book-length book out of speculations about what he might have written (Picture This; it was dull).

Anthony Burgess berated another author for listing synopses of his unwritten books (unwritten because they couldn’t in some way be “worked out”), saying he thought one or two quite feasible.

But then he, in turn, fathered a whole oeuvre of unwritten books (because they were fictional novels) on his author-character Toomey. And, by the way, Burgess’s own summary of the treatment he wrote for a James Bond movie, a movie naturally never made, is simply hilarious.

Other fictioneers have played with the idea of unfinishedness, with a deliberate fragmentation, or the slippage of beginnings and ends. Italo Calvino’s If on a Winter’s Night a Traveller is going as 10 opening chapters of different novels, which means the rest of those novels (chapters one to x) must be ghost novels.

Inner processes
In The Loss Library and Other Unfinished Stories, Vladislavic plays not only with the idea of unwritten books or stories, but also with the idea of finishing itself. Finishing can mean completing, but it also means to polish something (off?), give it a bit of a shine. Around the central story itself, Vladislavic constellates tales of tales untold or part told, old notes artfully interspersed with commentary — a writer introspecting about his own inner storytelling processes. It’s fascinating, tantalising and delightfully readable; the whole is as finished as a text can be while making a device of its own seams, gaps or disjunct layers.

Some of the stories Vladislavic didn’t get around to telling generate ideas or characters useful elsewhere, or characters such as Slobodan Boguslavic in his novel The Restless Supermarket. One at least tells the story of the backwards generation, as it were, of the Niewenhuizen character in The Folly — a character who is himself, as Vladislavic notes, “‘unfinished’ in Bakhtin’s sense”, which is to say less realistic or realised, more of a space for others’ projections.

Vladislavic’s attraction to numeric schemes is as interesting as JM Coetzee’s early computerised analysis of Beckett. Inspired by the French literary groupuscule OuLiPo, Vladislavic? plots a text based on the number 144 (12×12), but fails to write it because the counting of all those words becomes a real nightmare. Nowadays, perhaps computers, which are so good at counting anything, could help? I think it’s quite feasible.

Saidiya Hartmanilluminates the perspectives of young Black women through a vividly cinematic narrative where we are positioned to view the world through their eyes.
Read more
Opinion

An edited version of the essay 'Broken Wall: Robin Rhode’s Theatre of  Place' from the book 'The Geometry of Colour' (Rhodeworks/Skira)
Read more
Friday

Conrad Botes makes a comment on censorship, while Zapiro has his finger on the pulse as usual
Read more
Advertising
Continue to the category
Africa