Eurobonds ‘not universal cure’ for crisis 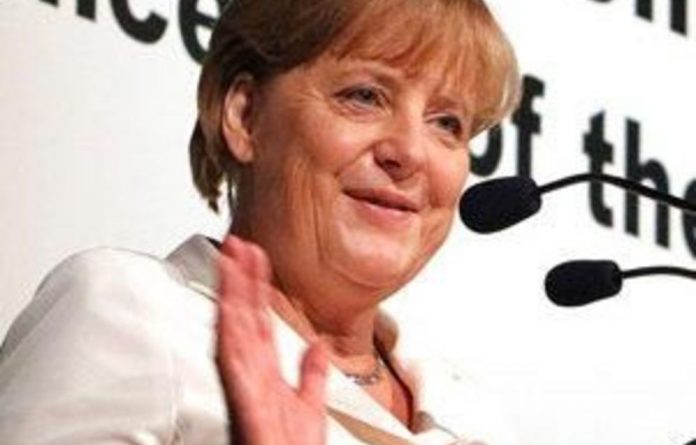 The idea of introducing so-called eurobonds across the 17-nation eurozone should not be considered a miracle remedy for its debt crisis, Germany’s Chancellor Angela Merkel’s spokesperson said on Monday.

“The chancellor and the federal government share the opinion of many others, that eurobonds are not now a sort of universal cure for the crisis,” Steffen Seibert told a regular government news conference in Berlin.

Furthermore, the idea of eurobonds could even hinder Europe from finding an effective solution to the debt crisis that threatens to push the continent and the wider world into a crippling recession.

Berlin “sees the danger that such eurobonds could prevent us from attacking the problem at its roots”, Seibert said.

“None of the measures that are being discussed at the moment in public, which includes eurobonds, would bring a solution if they were immediately introduced,” he said, quoting comments made by Merkel last week.

Instead of focusing on eurobonds, European officials should be working on a two-pronged strategy, Seibert said.

The ‘political solution’
Firstly, he called for “quick, consistent, open and transparent measures in the member states to put these countries back on the path of financial stability and … make them competitive”.

Secondly there was what Merkel calls the “political solution”.

“This is to create the structures in Europe that have been missing until now to make binding the agreements that already exist,” he said, apparently referring to the EU’s stability and growth pact which sets down basic economic targets and rules for its members — most of which have been flouted for years.

The EU will this week urge eurozone states caught up in the debt crisis turmoil to club together to guarantee each other’s debts, vowing to police national budgets ruthlessly by way of a safeguard.

Among a range of options, the commission envisages an evolving system of “stability bonds” that could bring down the borrowing costs of those under the most pressure “relatively quickly”, documents showed on Sunday.

Seibert refused to comment on proposals that have not yet been tabled but hinted that the matter would feature at a meeting on Thursday between Merkel, France’s President Nicolas Sarkozy and Italy’s Prime Minister Mario Monti.

Berlin has traditionally been opposed to eurobonds since, as Europe’s top economy and its most creditworthy, it fears it would end up guaranteeing the debts of fiscally weaker countries, pushing up its own borrowing costs at the same time.

Additionally, Germany believes that a pan-eurozone bond would take the spotlight off heavily indebted countries and reduce the pressure on them to implement much-needed economic reforms and stabilise their public finances. — AFP