Angola not for faint-hearted firms 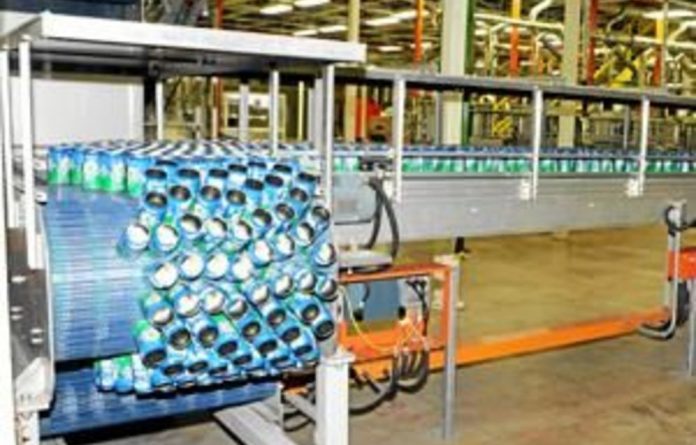 We needed a sturdy car and a lot of patience to reach Bevcan Nampak’s Angolata factory, which is situated at the end of a long and bumpy sand road on the eastern outskirts of the Angolan capital, Luanda.

After a good hour on the road and several stops for directions, we finally made it into the cool air-conditioned offices located above the giant production line. Our trip through Luanda’s dense and impossible traffic and then along the unknown, unpaved roads of Viana was in many ways a metaphor for South African company Nampak’s own frustrating journey into Angola.

In March, after five years of negotiation and an investment worth more than $160-million, Angolata, Nampak’s single biggest African greenfield investment, finally switched on its production line.

The factory, the first of its kind in Angola, supplies cans for Coca-Cola Bottling Luanda — managed by Castel — and the local beer Cuca, also part of the Castel Group. It produces 1 800 330ml cans a minute, totalling up to 750-million a year. “It has not been easy to get to where we are now,” said South African Willie Viljoen, the general manager for manufacturing.

Amid the clunking and whirring noises of the machines, Viljoen, who has been based in Angola for three years, said Nampak had struggled at first to make the right connections and get the blessing from the Angolan authorities.

Nampak is not alone. Many South Africa companies have found it hard to get a foot in Angola’s lucrative door. There are multiple barriers, such as the Portuguese language, Lusophone culture and the market dominance of firms from Brazil, China and Portugal, many of which have contracts funded by state-to-state credit lines.

“Compared with the other big foreign players in Angola, South Africans remain comparatively small fry,” said Roger Ballard-Tremeer, a former South African ambassador in Luanda who now heads the Angola and South Africa Chamber of Commerce. “But since the end of Angola’s war in 2002, they are making progress and there are now South African interests in most of the main sectors of the Angolan economy.”

Philna Potgieter, the head of export credit finance at Nedbank Capital, told the Mail & Guardian: “Angola is most definitely an opportunity for South African companies because there is still a lot of scope for the implementation of business models that are mature in South Africa, but which in Angola have not been rolled out yet.”

On the retail front Shoprite has been in Angola since 2003, operating eight stories, with more said to be planned, and Pep and Woolworths are also exploring opportunities.

But for all its economic potential, the Angolan market remains the preserve of the hardiest pioneer investor. Erik Smuts, the managing director of Bevcan in Johannesburg, blamed the delays in opening Angolata on red tape and bureaucracy and a late call by the Angolan government to join up with a local equity partner.

From first being approached in 2004 to winning the tender in 2006 and then submitting a feasibility study and investment proposal the following year, the company was made to wait until 2010, partly because of elections, before it was told it needed to enter into a joint venture. “By this point,” Smuts said, “we’d already spent a lot of money and ordered equipment, which we had to store.”

Smuts said it was not usually Nampak policy to enter into a local joint venture, but it had no option and a deal was struck with a parastatal put forward by the Angolan Private Investment Agency, which now takes 30% of its profit.

Although it is not enshrined in law, foreign investors will find it hard to start businesses in Angola unless they have the right partner. If your joint-venture partner is not influential enough, your contract will gather dust in government offices.

Smuts said extensive due diligence and background legal and criminal checks were an important part of the process. Said Ballard-Tremeer: “Without independent and competent advice on how to do this, new entrants are likely to go nowhere fast.” Haulage giant Super Group, for example, had been badly stung trying to do business in Angola, he said.

The Angolan government has made a major commitment to fighting corruption with a new probity law and transparent legislation for mining and general investment.

“I think our experience shows that South African companies can do business in Angola, but you’ve got to be careful that you don’t try and take shortcuts and make sure you play it by the book,” said Smuts.

Although in operation and with a plan to open a second production line and double its output, Nampak’s day-to-day frustrations and costs — have continued. “It’s a tough place to operate in. You’re literally reliant on providing your own resources,” he said. “We cannot use the local electricity grid as it’s not stable enough, so we generate all our own electricity. And there is no piped water into the factory, so we must bring that in ourselves too.”

Back at the factory, Viljoen said the energy problem was only half the story. “We basically have to import all our raw materials, but with all the construction around Angola the ports are very congested, which means you can wait, in extreme cases, for up to 100 days for your stuff to come through.” That makes planning very difficult. “It is a logistics nightmare,” Viljoen said.

These logistical issues have proved too much for some companies. SABMiller planned to source cassava from there for its newly launched Cerveja Impala. But high costs, logistical issues and red tape forced the company to move to Mozambique. And Lonhro announced this month that its transportation division had made an operating loss of £10.6-million, partly because of the “very frustrating bureaucratic environment” in Angola, where the company had suffered delays in launching an airline.

Michael Gamwo, manager of African international trade at Wesgro, said a negative perception of Angola had dissuaded South African companies from seizing opportunities in the oil-rich country. “Usually a South African business will react only when it has learnt of a competitor’s success story.”

Slow start to official trade relations with South Africa
When President Jacob Zuma took office in 2009, he chose Angola as the destination for his first state visit. He wanted to boost bilateral trade and thaw the frosty relations that had developed under the rule of Thabo Mbeki, who had lobbied for a negotiated rather than a military end to Angola’s war.

Confidence was high as Zuma, accompanied by more than 150 business leaders and a large delegation of ministers, signed various memorandums of understanding in areas such as energy, trade, diplomacy and sports.

The timing, however, was lousy because Angola’s previously booming economy had been thrust into a liquidity crisis because of falling oil prices (its main export), sinking it more than $7-billion into debt with overseas suppliers.

Fourteen months later, in December 2010, Angola’s president of 32 years, José Eduardo dos Santos, in a rare trip outside his country’s borders, came to South Africa in what was seen as a relaunch of the rapprochement.

Another business forum was held, more memorandums signed and the Development Bank of South Africa announced that it was opening a credit line of $150-million through Angola’s Banco Africano de Investimentos. A year later the terms for the credit line are still not established and promises of multi-entry visas have not materialised.

But Pretoria has finally installed an ambassador in Luanda, after the post was vacant for more than a year. There are several trade delegations in the pipeline, as well as plans to push forward long-talked-about regional corridors linking South Africa to Angola through Namibia and Botswana.

Roger Ballard-Tremeer, a former South African ambassador in Luanda who now heads up the Angola and South Africa Chamber of Commerce, told the M&G: “There is now a great opportunity for ‘Team South Africa’ to make the Angolan market work even better for all concerned.”

The Angolan government is also trying to tackle some of its logistical problems, opening a special economic zone a few months ago not far from the Angolata site.

The idea is to bring manufacturing companies together in one place, guaranteeing electricity and water supplies and cutting high operational costs. South African companies that sign up to the zone will get tax breaks and import-duty reductions. They will benefit from being close to the new ring road and airport — due to open in 2015 — and the recently restored Luanda-to-Malanje railway line.