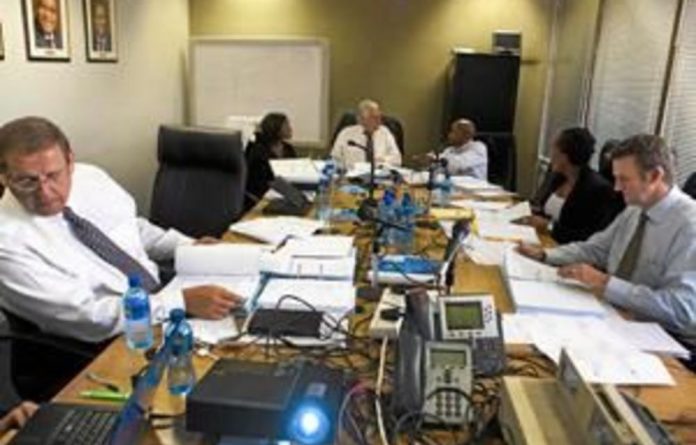 Cricket South Africa’s (CSA’s) hosting of the Indian Premier League (IPL) in 2009 has “undermined the governance of cricket [in South Africa] in many, many respects”, the ministerial committee of inquiry into the sport heard in Pretoria on Thursday.

Damning testimony given by Paul Harris, the former chairperson of the CSA’s remuneration committee, resembled body-line deliveries aimed squarely at his former employers, especially the sports body’s chief executive, Gerald Majola, who has been dogged by allegations that he received previously undisclosed bonuses related to the IPL and having contravened sections of the Companies Act when negotiating for the tournament to be held in South Africa.

These allegations, and the subsequent infighting in the CSA, compelled Sports Minister Fikile Mbalula to appoint a committee, chaired by Judge Chris Nicholson, who is assisted by accountant general Freeman Nomvalo and the treasury’s chief director for internal audit, Zolisa Zwakala.

Many of the allegations were contained in a KPMG audit report, which found that Majola and other members of the CSA allegedly received bonus payments of R4.7-million for South Africa hosting the IPL in 2009 following security concerns in India.

These bonuses were not reported to the cricket body’s remuneration committee, as required. According to the KPMG report, Majola personally pocketed R1.8-million. The audit also found he had breached several sections of the Companies Act in negotiating the quickie deal.

Harris told the committee that the CSA had changed its articles of association in 2010 by including all 11 provincial union presidents, which almost doubled the size of the board. This, according to Harris, happened “at the time frantic efforts were being made by Mr Majola and the board to prevent scrutiny of the IPL issues”.

The move had “diluted” the board’s effectiveness and eroded adherence to good governance, said Harris. He added that the newly instituted two-year rotation period of those serving on the board and the fact that the majority of board members had little experience with sponsorship deals, media rights and corporate governance “makes it very easy to manipulate people”.

It was this loading of the board with inexperienced members that had led to it trying to “manage an outcome” of the Majola saga, sweeping the matter under the carpet instead of sticking to its fiduciary duties, Harris said.

According to Harris’s statement to the committee, this “management” included an internal inquiry into Majola’s activities headed by CSA president AK Khan that absolved Majola of wrongdoing in the IPL matter.

The report, stated Harris, was found wanting because it did not “deal with the IPL agreement” or “deal adequately with the reasons for running the bonuses through a suspense account and not through normal CSA accounts”.

Following Wednesday’s testimony from auditing firm KPMG, Harris was the fifth person to be interviewed by the committee in what is turning out to be viewing as riveting as watching the Boxing Day Test match at Australia’s Melbourne Cricket Ground.

As Harris’s evidence was given, the wicket on which CSA operates appeared to be an increasingly treacherous one, featuring constant jostling for positions by administrators and wrangling over which grounds are selected to host Test matches apparently the norm.

“A lot of the time it’s about taking power, not accountability,” stated Harris.

He also gave evidence that in an age of television rights bringing in record profits — the CSA recorded before-tax profits of R247.8-million in the 2010/2011 financial year compared to R138.8-million in the previous year — officials were veering towards the good life.

According to Harris, the remuneration committee had “unanimously rejected” a “preposterous” proposal to give bonuses to Majola at 36 times his monthly salary of R155 000 last year. The board accepted the proposal at a meeting held on May 13 2010. The CSA norm for bonuses at the time was three times the chief executive’s monthly salary.

Harris corroborated the KPMG findings that Majola had contravened the Companies Act by not declaring an interest when negotiating the IPL deal: “It’s so obvious, if you are negotiating a contract with a third party and you are getting a payment from that third party, you need to get permission from your company,” he said about Majola allegedly hiding the IPL bonus from the CSA.

Harris also said that Majola’s failure to reveal the bonus to the CSA meant there was a “duplication of a bonus” to the cricket chief.

The committee will continue its investigation until December 7 and, with an avid cricket fan in Nicholson, it is bound to continue to be entertaining. Even on Thursday, there were some light-hearted moments.

At the end of Harris’s testimony Nicholson noted that the hearing was finishing before the time allotted, saying: “We’ve given you till lunch, so you can declare now if you so wish.”

Harris, obviously affected by the almost two-year-long saga, responded: “I may retire hurt.”