Deferred deal may save COP17 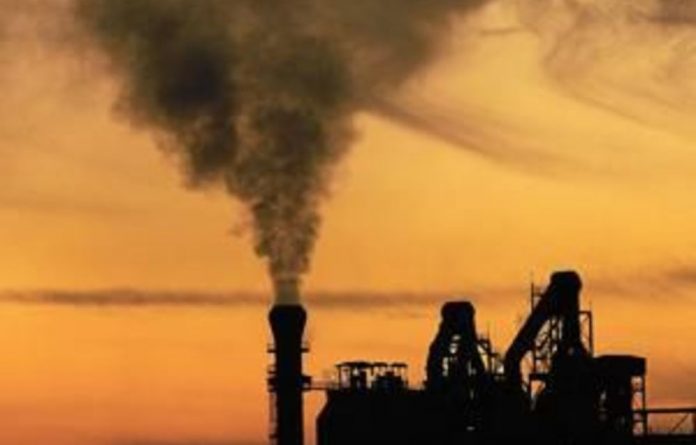 Pessimistic commentators are predicting that the earliest a new global deal on reducing carbon emissions is likely to come into force is 2020 — eight years after the Kyoto Protocol comes to an end.

Amid growing evidence that the standoff between rich and poor nations over signing up to a second Kyoto commitment period will not be resolved at next week’s COP17 conference in Durban, parties are discussing fall-back positions.

One proposal suggested by the European Union’s top climate diplomat, Connie Hedegaard, earlier this month would see COP17 parties agreeing to a road map that would provide mandates for different countries up to 2015.

A binding global agreement that would aim to deal with up to 85% of the world’s carbon dioxide (CO²)emissions would then be drawn up by the first COP meeting after 2015, in December 2016, and would take effect in 2020. The proposal “would give countries more time, until 2015, to comply with international climate protection obligations and to introduce the corresponding monitoring”, Hedegaard said.

One of South Africa’s negotiators said the idea of a Durban mandate or treaty was gaining traction. The EU’s proposal had received buy-in from several countries, although others were insisting that the details had to be hammered out before they would support it. A 2020 mandate would follow a similar trajectory to the Kyoto Protocol, which started out as the Berlin Mandate in 1995 and only kicked in between the years 2008 and 2012, he said.

“In negotiating circles, everyone is saying, if we can’t get consensus on Kyoto, let’s launch a treaty negotiation that will lead to consensus so that in years to come there will be an agreed outcome,” the negotiator said.

Christiana Figueres, the UN’s top official on climate change, did not deny that a delayed outcome is possible. “Making an agreement is not easy. What we’re looking at is not an international environment agreement — we’re looking at nothing other than the biggest industrial and energy revolution that has ever been seen,” she said.

But developing countries, including China, were unlikely to support a deferred agreement, observers said.

‘Differentiated responsibilities’
China’s top climate negotiator, Xie Zhenhua, said this week that his government would continue to support a second period of the Kyoto Protocol and its principle of common but differentiated responsibilities. These would require developed nations to take on binding emission cuts while allowing poorer countries to undertake voluntary cuts “appropriate to their stage of development”.

Clayson Monyela, spokesperson for the COP17 presidency, which is held by South Africa, said no proposals had been put on the table to replace or present an alternative to Kyoto.

“All parties in all the consultations undertaken by the incoming COP president, [International Relations Minister Maite Nkoana-Mashabane], are talking about the need for Durban to deal with a second commitment period of the Kyoto Protocol,” Monyela said. A statement issued after a pre-COP meeting in Stellenbosch in late October — attended by representatives from 42 countries, including the EU — indicated consensus had been reached on “finding a resolution to the issue of the second commitment period. “In the statement there is nothing about a 2020 road map,” he said.

Postponing an operational agreement until 2020 would be fatal to hopes of avoiding catastrophic climate change, said Fatih Birol, chief economist at the International Energy Agency and one of the world’s foremost authorities on climate economics.

“If we do not have an international agreement whose effect is put in place by 2017 then the door [to holding temperatures below 2°C] will be closed forever,” he said.

Two reports released this week highlighted the urgency of COP17 reaching an accord on the reduction of harmful emissions.

Last year, the UN World Meteorological Organisation’s annual Greenhouse Gas Bulletin recorded the highest level of greenhouse gases in the Earth’s atmosphere since pre-industrial times. It also noted that the rate of increase of greenhouse gases had accelerated in recent years.

The Intergovernmental Panel on Climate Change warned in a new report that, as the planet warmed, extreme weather events would become more frequent and severe. Some areas could become “increasingly marginal as places to live in”. Birol said voluntary pledges by individual countries might not be enough. “Our analysis shows [what happens] if you do not change investment patterns, which can only happen as a result of an international agreement,” he added. — Additional reporting by Fiona Harvey of the Guardian

Milestones on the Road to Durban this week included: