The real fight has just begun for democracy 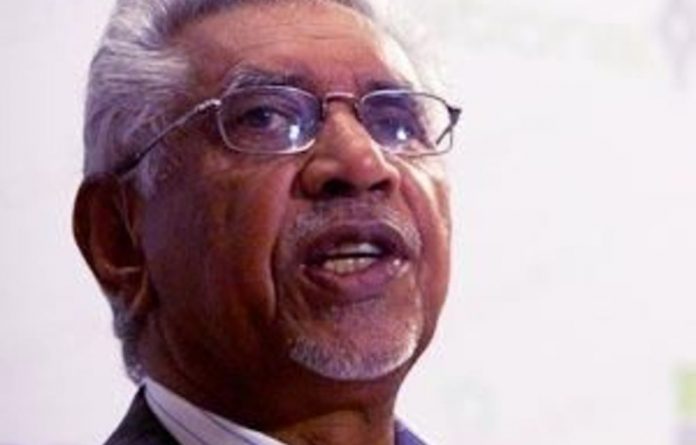 It is now official. The Mail & Guardian and journalists Sam Sole and Stefaans Brümmer are under investigation by the Organised Crime Unit, a division of the Hawks ordinarily charged with going after heist gangs, drugs syndicates and money launderers.

What has the M&G done to attract the attention of the “priority crimes” directorate? Well, we’ve embarrassed Mac Maharaj, the president’s spokesperson and grand vizier, by preparing a story that would have shown, if published in full, how he lied to the Scorpions during a “section 28” interview about his finances.

In an SAFM interview, presidential spokesperson Mac Maharaj took on M&G editor-in-chief Nic Dawes about a report the newspaper was stopped from publishing about Maharaj.

Faced with the threat of up to 15 years in jail if we printed the contents of the interview, which is protected from disclosure by the National Prosecution Authority Act, we were not able to disclose exactly what lies he told and just how serious they were, but we can tell you with confidence that they were whoppers, fatally undermining Maharaj’s claims that any benefits he received via Schabir Shaik were innocent.

And that is why he is so angry. For the Hawks, it seems, cross politicians are a priority right up there with rhino poaching and cocaine.

The unit’s spokesperson, McIntosh Polela, told the M&G that there had been no pressure from the presidency to take up the case. “As a matter of protocol”, he said, when the complainant is person of Maharaj’s standing “we take it upon ourselves to get involved”. Call it “anticipatory compliance”.

It is clear what’s going on here: Maharaj has at his disposal all the resources of the state with which to go after Brümmer, Sole and this newspaper: to try to intimidate us, to hunt for our sources, to establish the extent of our knowledge and to tie us up in a legal process that distracts us from our work.

There is no small irony in all of this. Abusing the resources of the state is exactly what Maharaj accused Thabo Mbeki and Hawks’ predecessors, the Scorpions, of doing. He may have been right about strategic leaks against him, driven by political factionalism, but the distinction is clear: the Scorpions were investigating credible evidence of corruption on his part and they found plenty, as we report this week.

Maharaj, on the other hand, is trying to hide that evidence and cover up the separate crime of his lies by preventing us from doing our job.

We were warned just before we went to print last Thursday that we would be committing a crime if we published details of the interview. That’s why we blacked out swaths of our lead story. We did not break the law, as Maharaj continues to insist we did, but we wanted to show how badly it had infringed your right to know. Some readers were disappointed by this approach, arguing we should have had the “courage” to risk criminal prosecution.

Blacking out the story was one of the most difficult decisions we have ever made, but we ultimately agreed that in a constitutional democracy, where the rule of law is still secure, we ought to fight an overbroad ban on publication, using legal means. That is why we have formally applied for permission to publish the interview and will test any further prohibition in court if need be.

All this happened just as it was abruptly announced that the Protection of State Information Bill would return to the National Assembly from its excursion into an as-yet-unexplained ANC “consultation process”. Protests from Archbishop Emeritus Desmond Tutu and Nadine Gordimer, both Nobel laureates; from Thuli Madonsela, the public protector; from the broad civil society coalition that is the Right2Know campaign; from church leaders, unions, academics and editors did nothing to sway the 229 ANC MPs who on Tuesday voted in favour of the Bill. South Africans spoke, and they stopped their ears, or at least held their noses. Party discipline awaits ethics committee chair Ben Turok and ordinary MP Gloria Borman for their refusal to do so.

If the Bill goes through in its current form, journalists will be faced much more regularly with the impossible choice that we encountered last Thursday: comply with your ethical and constitutional duty to reveal the truth and go to jail, or defy your convictions and remain silent. It is a contradiction between law and right that a democracy cannot easily endure.
But the problems with the Bill go far deeper than its absence of a “public interest defence”. And, despite numerous improvements, its damage will be visited far beyond newsrooms as the flow of information between the government and citizens, to chapter nine institutions like the public protector, and to MPs themselves, is increasingly choked off.

In conception and structure a Bill that ought to have swept away odious apartheid legislation and replaced it with a limited, effective regime of state secrets will instead serve to thicken a stifling atmosphere of secrecy that already blankets too much of the state. Trust us, says the minister of state security, we’ll never compromise your freedoms. His words ring hollow indeed in the face of our experience this week.

We are putting our faith in the legal process to open Mac Maharaj’s dubious record to public scrutiny and we will have to do so again if the Secrecy Bill passes without major revisions.

The ANC has no such confidence. The Cabinet this week announced an “assessment” of the judgments of the Constitutional Court to determine whether they complied with its transformation imperatives and were appropriate for a “developmental state”.

Coming hard on the heels of attacks by President Jacob Zuma and several other senior ANC officials on judicial “activism” and interference in the executive sphere, the message rings out from between the lines: if we don’t like the judgments we’ll find a way to change the judges.

The M&G will survive its battle with Mac Maharaj, but the real fight for the future is just beginning.