COP17: Make or break in Durban 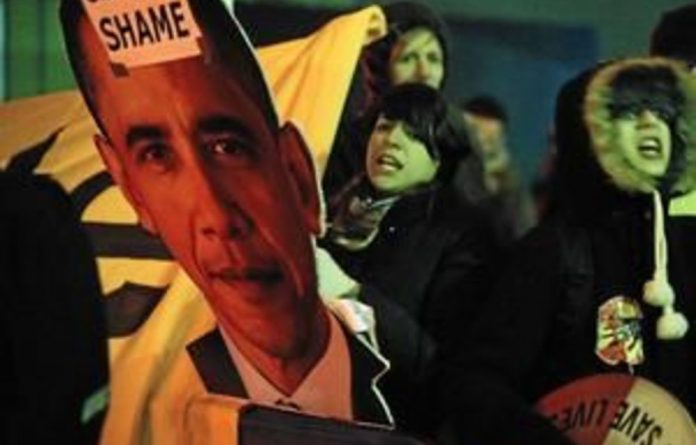 Durban may not realise quite what is about to hit it. The annual Conference of the Parties (COP) international climate-change negotiations brings with it a travelling caravan of supporting characters longer than that of Muammar Gaddafi.

For South Africa it is both an opportunity and a threat, at a somewhat precarious time — with the first signs of international concern about domestic political stability, such as Moody’s sudden querulous twitch, soon after the treasury’s announcement that the country will face a substantial deficit in three years’ time.

Coming a year after the successful hosting of the Fifa World Cup, Durban is a further chance to demonstrate our capacity, skill and — in this case — diplomatic rather than logistical aplomb, and thus to bolster confidence at a critical moment in global economic history. Indeed, COP17 represents the biggest test for South Africa’s diplomatic and process skills since 1994: it is the diplomatic equal of the World Cup.

In this respect, South Africa finds itself in the hot seat as a de facto representative not just of the emerging economies more generally but of the leading emerging economies — that is, China, India and Brazil (with South Africa, the so-called “Basic” group that formed in the final desperate hours of Copenhagen’s COP15 in 2009). Given that South Africa is generally regarded as the stepchild of Basic and the Brics, Durban is a chance to show it has real muscle.

This creates a dilemma: South Africa must run the meeting and play a leadership role in Basic, but it must also remain loyal to its African partners and allies (such as the committee of 10 African finance ministers, the so-called C10). This places it in a delicate position vis-à-vis the notoriously divided and mercurial G77 group of developing countries.

To whom will it fall to finesse all this? After a brief tussle earlier this year, Foreign Affairs Minister Maite Nkoana-Mashabane put her foot down and said: “This is my show.”

Indeed, traditionally the host country’s ministry of foreign affairs takes charge of the formal negotiations, leaving the environment ministry to lead its own negotiating team.

President Jacob Zuma will float in and out of the picture, but this is not an occasion for his famed mediatory skills. The detail is everything — and knowing the individual players and their track records over the long-haul period of United Nations Framework Convention on Climate Change (UNFCCC) negotiations, and their positions, is essential.

And so the spotlight will be on Nkoana-Mashabane. As host, South Africa will chair COP. It is well practiced in mega-event management, but chairing a negotiation of this scale and complexity and political intensity is another thing altogether.

Get it right and Nkoana-Mashabane will acquire an instant global reputation. Get it wrong and you can look pretty silly. Get it right, and a Durban Accord could be the pathway to a new legally binding instrument to replace the Kyoto Protocol that expires at the end of 2012.

Get it wrong and the future of the COP and of climate-change multi­lateralism will be thrown into further, severer doubt. And whichever way it goes, it will reflect directly on South Africa itself. So, no pressure then.

Remember Copenhagen? That was the “All or nothing, save the planet” gig. The Danes did not blow it — far from it. With hindsight and the passing of time, it is likely that COP15’s “political agreement” will come to be understood to be a very useful platform. But there came a point in the proceedings when the Danish prime minister decided to take the chair and, whether rightly or wrongly, this was seen as a sign the chair had lost her grip on the process.

With due respect to the people concerned, let us hope that such a thing does not come to pass in the next two weeks. Instead, let us look for solid progress in charting a course towards a new legally binding agreement, but also — and perhaps especially — in adding real substance to the idea of a Green Climate Fund (GCF) that was agreed at COP16 in Cancun a year ago.

Not many people appreciate that aside from leading the National Planning Commission towards its first national development plan, published a fortnight ago, Trevor Manuel has this year co-chaired a transitional committee (TC) on the design of the GCF. When he took on the assignment, Manuel privately expressed severe reservations, fearing that the TC would succumb to the dead hand of UN climate politics.

He was right; it did. Despite meeting four times in various locations around the world, the 40-person committee was unable to reach full agreement on key issues such as the powers and authority of the GCF board and secretariat, and its relationship to the COP. Developed countries want something nimble and effective; many developing countries want to ensure that it plays by the same fully inclusive rules as the UNFCCC-COP process itself.

What matters most is whether it can muster sufficient institutional capability and credibility to capitalise itself to the tune of the “$100-billion per annum by 2020” promise of Copenhagen. There is a new realism abroad in the climate-finance arena: the noble notion of restitution has been replaced by the mantra of results. Cash-strapped developed countries are willing to contribute to the GCF and other climate-finance instruments, provided they can see that their money will result in real change.

There are tough questions of political economy to resolve. Who gets what, and when and how? Finding an appropriate balance between funding for mitigation and adaptation is as crucial as it is likely to be vexing. Getting the governance arrangements right will be critical to finding a mutually satisfactory equilibrium point.

If it achieves little else, Durban will be a success if it can get the wheels of financial and technological transfer turning sufficiently quickly to support the urgently needed global transformation of economies towards a low-carbon future, while enabling those societies in Africa and elsewhere in the developing world to adapt quickly to protect the millions of poor people whose lives are further threatened by the clear and present danger of climate change.

So, no pressure then.