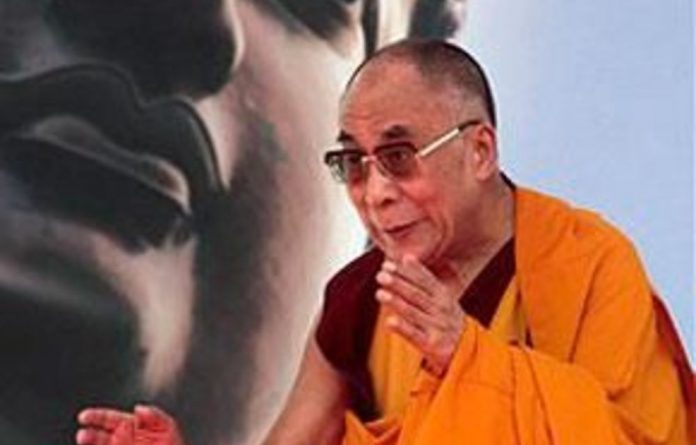 Tensions between China and India rose after scheduled talks on outstanding border issues were cancelled following a row over a speech by the Dalai Lama, the spiritual head of Tibetan Buddhism, at a religious event in New Delhi.

The spat is the latest in a series of rows as the emerging Asian giants manoeuvre for power and influence in the region.

Diplomats were due this week to discuss the decades-old dispute over the exact line taken by the frontier between the two nations in the Himalayas.

The Chinese are believed to have demanded that the Dalai Lama be prevented from giving the keynote speech at the conference, which will be attended by more than 9 000 delegates in New Delhi. Indian officials refused.

Local media have reported that the Chinese feared the conference could be used by Tibetans as a platform for criticising Chinese rule over Tibet.

Spokespeople for the Indian ministry of external affairs could not be reached on Sunday for comment.

A ‘timing problem’
China regularly objects to any contacts between other governments and the Dalai Lama, accusing the 76-year-old monk of fomenting dissent.

Recent weeks have seen a series of spectacular protests inside China, with at least 11 Tibetan monks, nuns, and former monks setting themselves on fire to protest about tightening Chinese control over Tibetan life and traditional Buddhist culture.

Beijing accuses supporters of the Dalai Lama, who found refuge in India on fleeing Tibet in 1959, of encouraging the immolations.

The Dalai Lama himself and representatives of the self-declared Tibetan government-in-exile, based in the northern Indian hill town of Dharamsala, say however they oppose all violence.

G Parthasarathy, a former Indian foreign secretary, said India “had repeatedly made it very clear [to Beijing] that the Dalai Lama is a respected spiritual leader and is free to pursue his activities as such”.

“It may just be a timing problem. It should have been obvious that [the Chinese delegation] would not want to be here [in New Delhi] at the same time as the Dalai Lama,” he said.

Getting hemmed in
This new clash comes at a time of heightened concern in New Delhi about growing Chinese influence in Pakistan, Nepal and Sri Lanka.

“The Indians feel they are being hemmed in by an expansionist China and you can sort of understand why,” said one Western diplomat in Delhi on Sunday. “The only good news from the Indian perspective is Burma.”

With incremental democratic reform underway in Burma, China’s strong influence on the country appears to be threatened, the diplomat said.

“Beijing is upping the assertiveness towards all its neighbours. The Chinese are carefully testing the waters to see how far they can go,” Parthasarathy said.

India recently made clear its unhappiness with Chinese claims to sovereignty over the South China Sea and Beijing’s description of the north-eastern Indian state of Arunachal Pradesh as “south Tibet”.

Oil and gas exploration by Indian companies in the South China Sea have upset China, as has the news of an Indian plan to raise tens of thousands of extra soldiers to send to the frontier near Tibet.

Both nations are also involved in a complex and sometimes bitter battle for influence over Nepal, which has traditionally been close to India. There is concern in New Delhi over plans by a Chinese non-governmental organisation to spend large sums renovating Lumbini, Nepal, the birthplace of Buddha. —