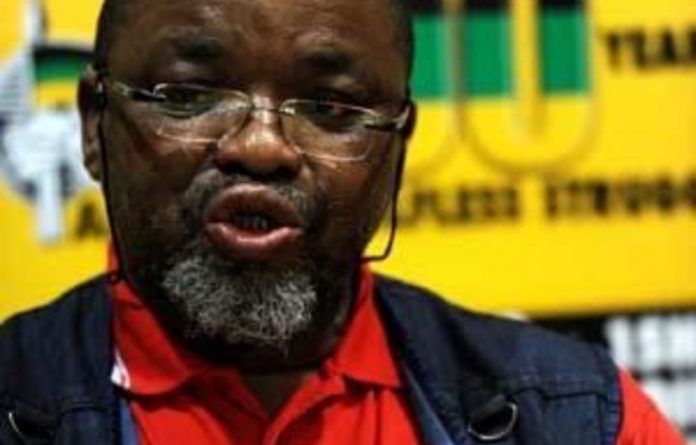 He was referring to the two ANC MPs, Ben Turok and Gloria Borman, who did not vote for the Protection of State Information Bill in Parliament last week.

“The conduct of members acting as free agents is a non-option. Equally public representatives of the ANC are holding public offices at the instance of the ANC,” Mantashe told reporters in Johannesburg.

“They are therefore bound by policy directives of the ANC and not their whims and thoughts.”

It was reported that Turok, one of the ANC’s leading free-thinkers and a veteran who contributed to the writing of the 1955 Freedom Charter, slipped out of the Assembly as voting time approached.

Borman was the sole ANC MP who abstained from voting for the Bill.

ANC spokesperson Jackson Mthembu said: “There are no free agents in the ANC. Members are bound by the [party’s] constitution.”

Mantashe said he did not know what action would be taken against the two MPs as there were processes to follow within Parliament.

Last week, the ANC majority drove the contentious Protection of State Information Bill through the National Assembly, despite protests in and outside Parliament.

The secrecy Bill was adopted with 229 to 107 votes by the 400-member chamber, and two abstentions.

Mantashe said the Bill was about classification of state information, not about the media.

“The Bill is a security Bill, not a media Bill. It’s about information peddlers rather than about whistle blowers,” he said.

The Bill has been referred to the National Council of Provinces (NCOP) for concurrence.

On Thursday, the NCOP formed an ad hoc committee on the Bill.

In terms of a motion adopted by the house, the committee will report to the council by April 8.

As was the case when a National Assembly ad hoc committee dealt with the Bill, the ANC will have a comfortable majority in the NCOP committee. — Sapa