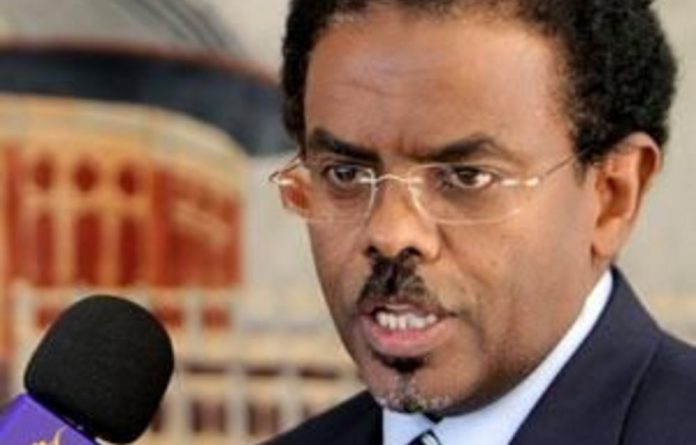 South Sudan will continue to press for a new oil pipeline because it does not see a future in Sudan’s oil infrastructure, the oil minister said on Tuesday — a day after Sudan said it halted shipments of the South Sudanese government’s oil at port.

South Sudan took about three-quarters of the formerly united country’s roughly 500 000 barrels per day of output when it seceded but must still export its oil through pipelines running north to a Red Sea port in Sudan.

The two sides are still negotiating a raft of issues in Addis Ababa related to the divorce of the two nations.

South Sudan’s Oil Minister Stephen Dhieu Dau said Khartoum’s decision to halt shipments of oil sold by the government of South Sudan was “unfortunate” and would negatively affect all of Sudan’s oil interests.

“We do not see a future in the oil infrastructure of the north. Our oil must have access to international markets. We should not be punished because we decided to secede,” Dhieu said from the Ethiopian capital.

Plugging the deficit
He said the new nation had offered Sudan a $5.4-billion transitional financial package for the next five years to help plug a $7.8-billion fiscal deficit caused by the split of the country in July, in line with a figure he said was calculated by the International Monetary Fund.

“We have offered to pay $2.6-billion over five years and forgiveness of arrears of $2.6-billion for a deal in which we would not pay transit fees,” he said.

“This is the package of financial assistance we are offering to Khartoum and while this is happening we were surprised by this unilateral decision [to halt shipments of oil]. This unilateral action taken by Khartoum will have negative impact on all of Sudan’s oil interests.”

He said the alternative would be to pay a transit fee which would not be more than $0.75 per barrel. — Reuters