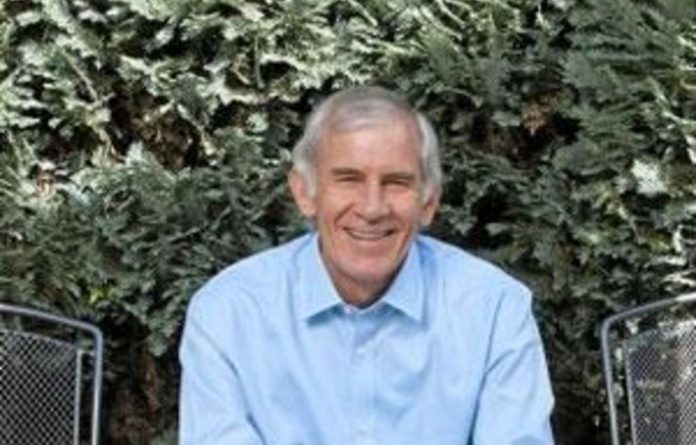 Brian Brink is a rarity in the world of business: a company man at the forefront of the fight against Aids in Southern Africa. As chief medical officer of the mining group Anglo American, there is not much he does not know about a disease that has ravaged parts of the continent.

Anglo is South Africa’s largest private-sector employer and HIV affects 12?000 of its employees, or 16% of its 70?000-strong ­permanent staff. The implications of this statistic are enormous.

Brink recalled the sense of panic when the scale of the challenge became clear. “There was a time when investors were getting on the phone and asking whether the disease was going to bring down the organisation. We were training two people for the same role in case one died on the job. It was that bad.”

Brink has a wide brief, sitting on the boards of a half-dozen South African and international not-for-profit organisations that have a mandate to stamp out the epidemic worldwide. “About 95% of our operations are in developing countries, where the disease is most widespread, so it’s in our [financial] interests to tackle Aids,” he said.

But South Africa is at the centre of Anglo’s global empire, producing about 51% of group operating profit and generating 48% of turnover. What happens here matters more than anywhere else.”Not only is it a moral imperative to get on top of the Aids problem, it’s also good for business and the wider South African economy. The prevalence of Aids and HIV probably lops 1% off the country’s gross domestic product,” he said.

Brink was born in Johannesburg in 1952. His father was a lawyer, but he decided to study medicine and got a partial scholarship for his ­studies from Anglo. He became the company’s medical officer in 1981, just before Aids emerged in California in the United States and more than a decade before the end of apartheid.

He views the apartheid years with sadness and regret. He remembers his wife being delighted when the system collapsed but, after reading Nelson Mandela’s autobiography, feeling guilty that she had not done more. Brink felt the same. “On the other hand, I can now travel the world without feeling shame or embarrassment about South Africa. We have a good, vibrant democracy and we are learning as we go along. But as far as HIV is concerned there is much to do.”

The Aids epidemic has dominated his career and his country’s post-apartheid era. More than 300?000 people die from Aids each year in South Africa and six million ­people out of a population of 50-million are living with HIV, more than any other country. In some regions more than 40% of pregnant women are diagnosed with HIV and women between the ages of 18 and 24 are eight times more likely to get the virus than men.

Gender inequality and its links to HIV/Aids is something Brink feels strongly about. “We must change society. There must be comprehensive sex education in schools. Adolescents should be told about human rights and equality between the sexes and we must teach the virtues of respect. “Too many of us have grown up to accept gender inequality. HIV exposes something that has been going on for generations,” he said.

At Anglo a turning point came in August 2002 when the company offered free HIV tests to all its employees and free treatment for sufferers and their dependants. Almost a decade later, the take-up of voluntary HIV testing is at about 94%.

“We have gone some way to remove the stigma surrounding HIV in the workforce,” said Brink. “We want to take the ‘exceptionalism’ out of Aids, because ­treatment allows people with HIV to lead a near-normal life and they can ­continue to work.”

For Anglo, a healthy workforce is a more loyal and productive one. Free antiretroviral (ARV) therapy has helped boost morale among Anglo’s workers and improved relations with the trade unions. Its outlay of $10-million a year, providing staff with support and medicine, is viewed as a sound investment.

In South Africa the effect of HIV/Aids to the company is equivalent to 3.4% of staff costs. The cost of treatment is $126 per HIV-positive employee. But people on ARV treatment are able to work, and absenteeism declines by 1.9 days per employee per month. The use of in-house healthcare services also declines, as does staff turnover. The total savings of $219 per patient per month amount to about 174% of the cost of providing treatment.

“We have done the health economics and shown that for every dollar we invest in our Aids initiatives, we get a financial return that is way in excess of that, initial investment,” Brink said. As HIV-positive workers live longer, the cost of health programmes will rise — the only way to cap it is to stop new infections.

Brink’s efforts to combat HIV both inside and outside the company, through prevention and education, are vital to Anglo’s balance sheet. But he realises it will take time to reach his goals — and he is impatient. “We have to reach a point of zero new infections in adults. That’s a huge thing, changing a society, changing attitudes, changing the way people behave, and I have seen so little progress in dealing with the root causes of the epidemic.

“I know the number of new cases [is] exceeding the number of people who are dying. It means the problem is getting bigger all the time. Until we stop new infections, we aren’t going to win,” he said. “But I am optimistic. One of the most encouraging pieces of research this year found that the risk of transmitting the virus to an uninfected partner was reduced by 96% if the carrier adhered to an effective antiretroviral therapy regime.”

Less encouraging is the fact that only one in three HIV-positive Anglo workers agrees to treatment. Many are too ashamed to tell their families, because disclosure is often an ­admission of infidelity. There are financial concerns, too, about recent data showing that international Aids funding dropped for the first time last year. There is now a gap estimated by UNAids to be $6-billion a year between what is needed and what donors are ­prepared to give.

“Every single person with HIV has his or her story,” Brink said. “We should never forget we are able to make a huge difference to each and every one of their lives, thanks to medical science. There is hope here, where once there was very little.” —