Apps to whet the appetite 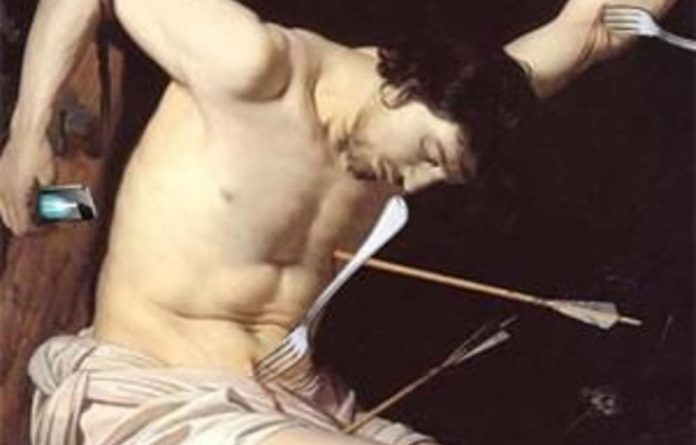 This is the 100th Once Bitten column since my first restaurant review for the Mail & Guardian appeared in July 2008.

The review was for the Jewel Tavern, formerly the Taiwanese Seamen’s Club in the docks. Since then the owners have had to relocate — first to St George’s Mall, where they struggled to attract evening trade. Now they are in Tamboerskloof and appear to be doing far better. I can still highly recommend their three-cups spare ribs, sizzling kingklip and fried tofu with black beans.

Looking back over the past three years I am surprised by how few of the establishments in such a notoriously risky industry that featured in this column have gone under. It has been the result of a conscious strategy to bring good places to your attention. The implosion of Maze and the closure of Jardine were unexpected.

There is only one place I can claim to have added a nail to its already studded coffin and that was the Fabulous Moroccan.

With the internet and innumerable smart-phone apps, bad places are going to find it increasingly hard to con people. On the other hand, the reputations of good places are vulnerable to unmerited attacks with little recourse to defending themselves.

Food and feedback
A scroll through the comments section below most articles posted on the internet can quickly turn someone into a misanthrope. It all sounded so wonderful: the internet would allow writers at long last to get directly in touch with their readership. It is undeniably true that we do crave feedback. We want to learn too. Did we get it right? What did we misunderstand? Was there more to the story we didn’t know?

The reality has turned out differently. Frankly, many journalists had the shock of their lives.

The comment sections brim with invective, personal agendas, hopeless misreadings of what was written and other digital graffiti. Matric-level comprehension (and the ability to contextualise) seems to be a basic skill in short supply. Often the comment section peters out into a bitchy argument between two self-appointed commentators about a subject not even remotely related to the original article.

I blame media houses that allow comments under pseudonyms with no email login. This encourages bullying without accountability. The effect can be seen in the vast difference in quality between comments made on Facebook pages and those made anonymously on websites. Second, the comments sections aren’t policed. You routinely find remarks violating the stated comment policy of the site: racist, sexist, homophobic, obscene and libellous. I wish we could add stupid to the verboten list.

Restaurant review sites are not much different. Almost every place has someone say it is the best restaurant they’ve ever had the good fortune to eat at and directly below it someone saying it is without doubt the worst place on planet Earth. Is the general disposition of people moved to volunteer comments that of borderline hysterics?

I am currently travelling and for the first time trying out food apps on my iPhone to find and evaluate places. It has been a positive experience and there is no question that increasingly this is the way things will be done.

Most of these apps use GPS to help you to locate places nearby.

Forkly, which has taken off among Londoners, allows you to browse photos and ratings of menu items made by other Forkly users. These can be posted to Facebook and Twitter. Sit down in a restaurant, load up the place on Forkly and it shows you who has been there before, what they ate and how they rated the item — either “not for me”, “it’s okay”, “liked it” or “loved it”.

You can follow the recommendations of your friends or of a Forkly user you discover has similar tastes to your own.

Local not so lekker
I particularly like that the pictures give you a sneak preview of what you can expect to be coming out of the kitchen. However, for the food critic, it produces a disconcerting record of everything you have eaten in the past week. One note, though, the app is prone to crash, although rebooting takes only seconds.

Speaking of crashing, there are a few South African restaurant apps but they are so poorly designed that they are not worth writing about yet.

Tripadvisor has a massive global following and it allows users to give detailed feedback and ratings, including service, food, atmosphere and value for money. You can also write reviews, upload pictures and post to Facebook. I can thank Tripadvisor for some great restaurant discoveries.

Tripadvisor’s internet site is better than its app version for iPhones, though without the GPS, of course. My major criticism is its poor search facility. It is almost always quicker and easier to find an eatery on Tripadvisor by using a Google domain search rather than by using Tripadvisor’s own search engine.

The greatest advantage of this app is that, in well-trafficked areas, you get up-to-date feedback, sometimes from someone who has been to the place just the day before. The brasserie below my accommodation in Amsterdam has a staggering 132 reviews; the place next door 130.

These apps will gain in utility with more users. But apps that want to stay useful will have to start filtering out abusive and idiotic reviews. Just picture all those drunk people around the world typing barely intelligible commentary into their phones after a night out. Something tells me there is still space for experienced, knowledgeable, well-researched, balanced and articulate food critics.