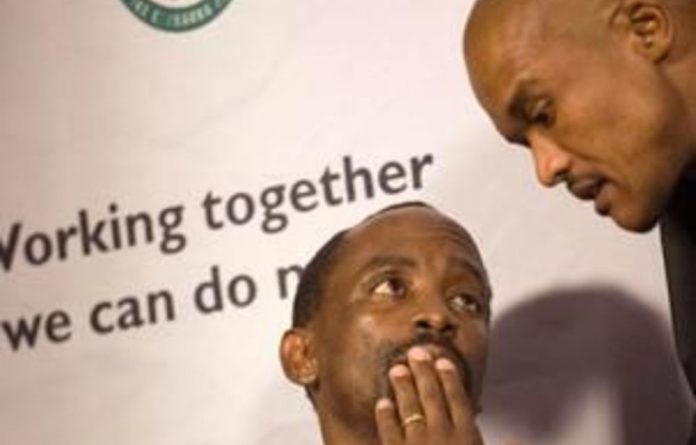 “The ruling shows the power of the court to hold the executive to account if it acts unlawfully, or irrationally, or in a manner not conforming to the Constitution,” said De Vos. The judgment follows Zuma’s statement at a function last month that the executive must be allowed to conduct its administrative and policy-making work as freely as possible, and the powers of the courts “cannot be regarded as superior to the powers resulting from a mandate given by the people in a popular vote”.

The case was brought by the Democratic Alliance after its bid to have Zuma’s decision to appoint Simelane struck down failed in the North Gauteng High Court in Pretoria last year.

The DA contended that Simelane was not a fit and proper appointee, as required by the Constitution, because he lacked integrity and did not respect the institutional independence of the National Prosecuting Authority. In court papers, the DA’s federal chairperson, James Selfe, argued that there was an “ulterior motive” in appointing Simelane, namely to replace his predecessor, Vusi Pikoli, with someone more malleable.

This week, all eyes were on the appeal court’s judgment, in the wake of Zuma’s widely contested appointment in August of Constitutional Court judge Mogoeng Mogoeng as the new chief justice. This week’s judgment, handed down by Judge Mahomed Navsa, left legal experts delighted that the court had asserted its power to hold the executive to account. In his responding papers Zuma said that he considered Simelane to be “fit and proper” for the job.

He claimed he had known Sime­lane for a number of years as a member of the Competition Commission and as a director of the department of justice and constitutional development.

“Whether a person is fit or proper to be entrusted with the responsibilities of the office concerned is my subjective decision. I am the person, as the president of the republic, to be satisfied that the person is fit and proper,” Zuma submitted. “In doing so, I have to take cognisance of his/her experience, conscientiousness and integrity.”

The judgment refers to the heads of argument presented on Zuma’s behalf, which said that, because the president was the people’s choice the Constitution gave him the power to appoint the NDPP and that the power was exercised based on the president’s value judgment.

Dealing with critics who suggest that the power vested in the judiciary to set aside the laws made by a legislature mandated by the popular will itself constitutes a subversion of democracy, the judges quote the late chief justice Ismail Mahomed, the first chief justice appointed in post-apartheid South Africa.

“That argument is, I think, based on a demonstrable fallacy. The legislature has no mandate to make a law which transgresses the powers vesting in it in terms of the Constitution. Its mandate is to make only those laws permitted by the Constitution and to defer to the judgment of the court in any conflict generated by an enactment challenged on constitutional grounds,” Mahomed is quoted as saying in an address in Cape Town in 1998.

“If it does make laws which transgress its constitutional mandate, or if it refuses to defer to the judgment of the court on any challenge to such law, it is in breach of its own mandate.”

The court had a constitutional right and duty to reflect the above, as it protected the very essence of a constitutional democracy, Mahomed is quoted as saying. “A democratic legislature does not have the option to ignore, defy or subvert the court. It has only two constitutionally permissible alternatives: it must either accept its judgment or seek an appropriate constitutional amendment if this can be done without subverting the basic foundations of the Constitution itself,” the late chief justice said.

Navsa said that Mahomed’s statements were “beyond criticism” and applied equally when decisions by the executive were set aside.

Simelane has been under fire since his appointment by Zuma in 2009 and is said to be behind the plummeting morale at the National Prosecuting Authority due to the restructuring plans he implemented, allegedly without consultation. Zuma had to step in and reassure Parliament that he was putting all restructuring on hold.

The DA’s case was largely based on evidence given by Simelane during an inquiry in 2008 into Pikoli’s fitness to hold office and the report by the inquiry’s chairperson, former speaker of Parliament Frene Ginwala. In her report she questioned Simelane’s conduct and stated that, as director general of the department of justice and constitutional development, he had asserted powers that he did not have.

Both the DA and the justice department appear to disagree. Rade­be’s spokesperson, Tlali Tlali, said the decision could go to the court but the government had not decided on this. The DA said in a statement that the case would go to the Constitutional Court for confirmation and was likely to be heard in the new year.