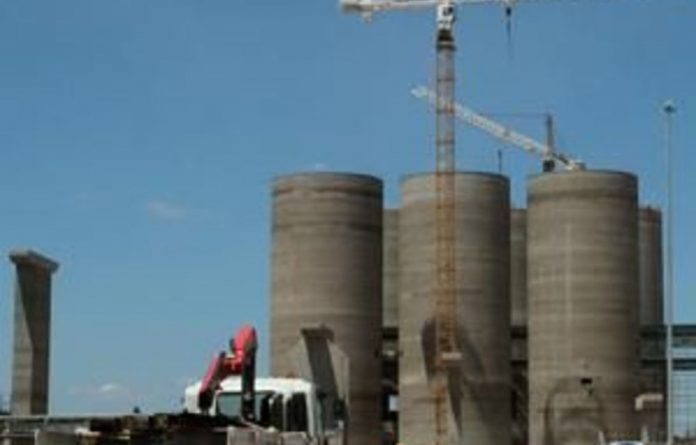 Where is all the money coming from to build dirty coal-powered energy plants? This is the question that a new report, titled “Bankrolling Climate Change”, seeks to answer. It was released this week at the COP17 climate change conference and ranks 93 global banks according to their financing of coal-fired power stations and coal mines.

Other major coal energy financiers include JP Morgan Chase with €16.5-billion, Citi Bank with €13.75-­billion, Bank of America with €12.6-billion, Morgan Stanley with €12.1-billion, Deutsche Bank with €11.5-billion and the Royal Bank of Scotland with €10.9-billion.

“By naming and shaming these banks, we hope to set the stage for a race to the top, where banks compete with each other to clean up their portfolios and stop financing investments that are pushing our climate over the brink.”

GroundWork’s Bobby Peek said: “Plans for new coal-fired power plants and coal mines are meeting fierce resistance all over the world and we are going to begin turning [up] that heat on the banks.”

The report says that the banks’ funding of dirty-energy projects illustrates the “disconnect” between the banks’ portfolios and their rhetoric on commitment to climate change.

The report cherry-picks statements from the banks’ websites and reports to illustrate this “disconnect” — such as “Managing the climate change risks of our operations and those of our clients” from Barclays, or “As an advocate and executor of green banking, the bank is actively advocating a low-carbon way of living” from the Industrial and Commercial Bank of China.

According to the report, the construction of each new coal-fired power station locks countries into millions of tonnes of carbon dioxide (CO2) emissions over the next 30 to 40 years.

According to the World Devel­opment Report 2010, “if all coal-fired power plants scheduled to be built in the next 25 years come into operation, their lifetime CO2 emissions would be equal to those of all coal-burning activities since the beginning of industrialisation”.

“All told, India has enough plants in the pipeline to expand its coal-fired capacity by 600% over the next two decades. “In China, two new coal plants are being completed per week,” it says. “If China’s carbon usage keeps up this pace, the country’s CO2 emissions in 2030 will equal the entire world’s CO2 production today.”

South Africa is singled out in the report as the 11th largest CO2 emitter worldwide, with particular attention devoted to Eskom’s new coal-fired power plants Medupi and Kusile. “Eskom’s newest projects are gargantuan,” the report said.

“The Medupi and Kusile power plants, 4 800MW each, will be six times as big as typical coal-fired power plants in Germany and will produce estimated emissions of over 60-million metric tonnes of CO2 annually.”

“It is estimated that some 40 new coal mines will be needed to supply both plants with fuel,” says the report. “Kusile alone will increase the South African energy sector’s CO2 equivalent emissions by 12.8%.

“Through their loans for Medupi and Kusile, banks are locking South Africa into dependence on dirty energy for decades to come, instead of facilitating a transition to clean energy sources.”

Of the 93 banks, 26 were involved in financing Eskom to the tune of €3.7-billion. The top three financing banks are Credit Agricole at €489-million, JP Morgan Chase at €424-million and Deutsche Bank at €408-million.

Barclays was in fourth place with €291-million, Standard Bank was 11th with €99-million and Nedbank 15th with €85-million. “Nedbank has often said in public that it is carbon neutral,” said Peek. “But if you look at its portfolio it is anything but carbon neutral.”

Karin Ireton, director of group sustainability at Standard Bank, said the bank was committed to financing a more sustainable future as shown by its investments in three areas: reducing its own energy footprint, the clean development mechanism and a R12-billion line of credit it made available in support of bids for phase one of South Africa’s programme to build independent renewable-energy generating capability.

Through the effective use of the clean development mechanism, Standard Bank enabled the roll-out of more than 75 000 solar water heaters to poor households in the Nelson Mandela Bay and eThekwini municipalities.

Standard Bank said it had demonstrated real commitment to building an alternative energy industry and would continue in both South Africa and other developing counties, such as Kenya and Brazil, where it had been involved in large-scale wind projects.

Brigitte Burnett, head of sustainability at Nedbank, said the group had been a pioneer of environmental sustainability for more than 20 years. “We were the first bank to partner with the World Wide Fund for Nature in South Africa and the first African bank to sign up for, and adhere to, the Equator Principles that guide responsible lending.”

Burnett said Nedbank was extensively involved in the financing of green buildings, with its head office building based entirely on green principles. It was also the first bank in Africa to go carbon neutral.

She said the bank was critically aware that sustainability involved more than effective environmental management of its own operations. “Banks play an intermediary role that requires a delicate balance between meeting current needs and ensuring there is a future to bank on. When lending, Nedbank mindfully considers economic, social and environmental factors.”

Nedbank worked actively with its clients, particularly in the energy and mining sectors, to minimise the impact of their operations on the environment. “We acknowledge that to meet the commitments made by the government in terms of ­carbon reductions that both these industries will need to radically transform. This is something that our clients have been considering strategically for some time and we are partnering with them on some of these initiatives.”

The world’s private banks are not the only ones under the spotlight at COP17; a recent report has highlighted the World Bank’s role in funding dirty-energy projects.

Titled “Unclear on the Concept: How Can the World Bank Group Lead on Climate Finance without an Energy Strategy?”, the report released this week at COP17 points out that more than half of the World Bank’s energy funding in the past four years went to fossil fuel projects, comprising more than $15-billion of its total $33-billion financing in the energy sector.

By contrast, it spent only $6.5-billion on clean-energy financing. “In recent years the World Bank Group has become increasingly involved in international climate discussions, indicating that it wants to have a greater role in climate finance in developing countries,” said the report. “In spite of its climate-friendly rhetoric, the group continues to disproportionately fund dirty-energy projects.”

This was experienced in South Africa in April 2010 when the bank approved a $3-billion loan to Eskom to build the Medupi power station, which drew massive criticism from environmental groups. The report asked the World Bank to take two urgent steps. The first is to stop funding dirty-energy projects, either directly or indirectly, and the second is to pass an energy strategy that promotes truly clean energy and energy access.

“The World Bank is experiencing clear difficulties in synchronising its core lending and its energy strategy with climate goals, and the institution has taken steps that can easily be viewed as creating a conflict of interest. Given these difficulties and contradictions, the institution should focus on cleaning up its own act before making further forays into climate finance initiatives.”

A World Bank spokesperson said: “The group’s renewable energy portfolio rose from $2.9-billion (18% of total lending) between fiscal years 2006-2008 to $6.6-billion (22%) in 2009-2011. More generally, the share of lending devoted to renewable energy, energy-efficiency improvement and policy lending to support them increased from $6.8-billion (42%) in 2006-2008 to $14.9-billion (51%) in 2009-2011. In South Africa the bank is providing Eskom with more than a half-billion dollars for cutting-edge transformative projects in concentrated solar power and wind-farm projects …

“The bank’s proposed energy strategy is not connected to the climate change discussions. The strategy is a way for the bank to prioritise its resources and assistance to countries for energy access, address sustainable energy and link energy to growth and poverty reduction. The draft strategy is aligned with the goals outlined in the United Nations’ Sustainable Energy for All initiative, which we endorse fully, including doubling the share of renewables in the global energy mix from 15% to 30%.”