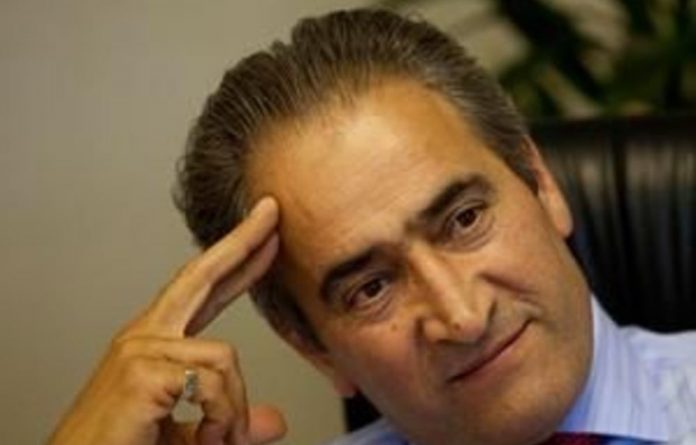 South Africa’s factory owners are a dying breed. New research likely to give grey hairs to anyone hoping for the reindustrialisation of South Africa paints a picture of a rapidly ageing community fast giving up hope of selling its factories once its members retire because of the dwindling number of buyers willing to take on the difficult life of a factory owner.

The grim findings are contained in the results of the first Small and Medium Enterprise Growth Index, a longitudinal study following the travails of 500 small businesses with between 10 and 50 workers. The data cannot yet describe a trend, but the snapshot provided contains little doubt that South Africa’s ageing manufacturers are not being replenished by a new generation.

A large majority of small manufacturing business owners are over 50 years old. This, in itself, is not necessarily worrying. Chris Darroll, chief executive of the Small Business Project, a Johannesburg-based think-tank and research outfit that conducts the growth index, said its research confirms that entrepreneurs are not, as the popular myth wants it, “bright young things” who throw caution to the wind and start businesses as soon as they leave the school gates. As in other countries, South African business owners are mature adults with years of mostly corporate experience who start businesses in the middle of their lives.

But the index indicated that those who do so shun the manufacturing sector. Less than 6% of small factories on the index’s randomly selected sample are between two and five years old. This is less than half of the ratio of young businesses in tourism and business services, the other two sectors that the index tracks.

Less than a fifth of factory owners are under the age of 40, compared with the third who are over 60, many of whom are beyond retirement age. And they are not a happy bunch. “Manufacturers were — reeling from increased input prices, particularly in relation to rising electricity and fuel costs, and the rising cost of imported components. Many also express a distinct lack of confidence in the long-term future of manufacturing, and very limited prospects for entry by new entrepreneurs,” said the report.

Although 57-year-old Sedick Jappie, owner of Superior Cabinet Doors, a furniture component-maker based in Cape Town, is perhaps a little less downbeat than most of the factory owners surveyed, he emphatically agrees that life has become harder for South African manufacturers.

The global environment has changed, he said, with manufacturers in the West constantly innovating new manufacturing techniques and those in the East benefiting from excellent labour productivity. South African manufacturers are “stuck in the middle” with labour laws becoming increasingly aggressive and a widening disconnect between worker reward and productivity.

Jappie echoes the pain points revealed in the index, which reads: “A quarter of manufacturing ­panellists identify inflexible labour regulations as a critical barrier to employment. Over half, 56%, report that labour regulation is a major barrier to business.”

Labour inflexibility seems to be far less of a problem in other sectors. Only 13% of the business services sector and 16% of tourism businesses see the labour regime as a problem. But labour rigidity is just one ingredient of what economist Iraj Abedian describes as a “lethal ­cocktail” of factors killing South Africa’s manufacturing sector.

But Abedian, whose firm Pan African Investment and Research Services conducts the Manufacturers Growth Index, said South Africa has unique exacerbating factors. The pool of skilled artisans and professionals out of which factory owners develop has shrunk as a result of “an education system that has degenerated rapidly, reinforced by a black economic empowerment strategy that essentially prematurely retired engineers who ended up in Australia or Ghana”.

Small Business Project researcher Kerri McDonald said the responses recorded by the index indicate that factory owners are ageing, along with the skilled workforce from which they came. Given a choice, their children are more interested in pursuing a professional career.

How crucial is a cadre of small factory owners to South Africa’s economic development? Can state-backed mega-projects not take the place of owner-managed factories as the driving force in job creation and skills development?

On the contrary, said Abedian. Without small factories to supply inputs, components and maintenance services, mega-projects lose their ability to stimulate the economy and become “imported white elephants” that play havoc with the country’s balance of payments.

Neva Makgetla, economist at the department of economic development, agrees that manufacturing jobs are key to the government’s new growth path. One job created in manufacturing can create several in the retail and service sector, but not necessarily the other way around. Makgetla said there is recognition in government of the difficulties faced by manufacturers. The department of trade and industry and the treasury are working on a “package of measures to deal with the question”.

Abedian said the problem is way beyond the reach of government. “It’s about creating a social understanding within the broader society, within the media, the engineering fraternity and, among others, the government.”

Jappie agreed that government can help, especially if it can co-ordinate its patchy and scattered support, but that a new generation of factory owners will emerge only if entrepreneurship levels rise in the population.

McKinsey’s apology is a laugh