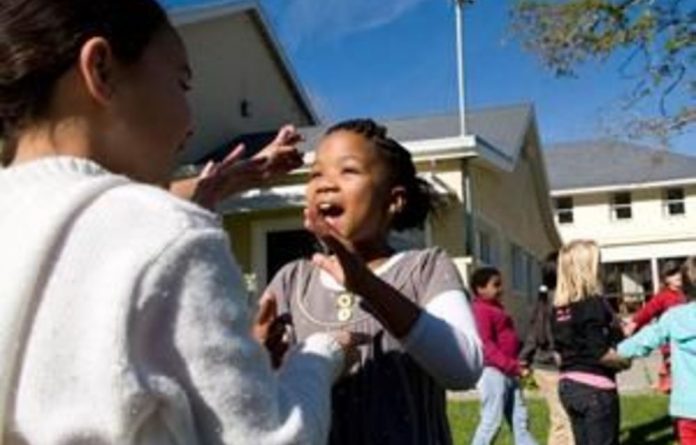 When an elder asks you to do something or tells you to, you dare not refuse. In a month-long foray into the social networking site Twitter, I commented on an article posted by struggle stalwart and activist Jay Naidoo. The article detailed the increasing problem South Africa has with obesity. The tweet accompanying the article was this: “We need a massive campaign on the value of healthy diet and exercise.” I concurred with him, so I re-tweeted, “So true”.

Naidoo immediately responded that I must do something about it. “The media has a powerful role to inform and educate. Nikiwe, lead from the front and involve kids. That’s where bad habits start. It is the future of our country we are discussing, your courage is needed.”

Oh dear, so much for a casual Saturday morning tweet to someone you admire. That did it then. An elder has spoken so I have to be involved. So here I am. High heels is urging the nation to “Do right. Eat right.”

It’s as simple as that really. If you need further convincing, let’s take a look at what the research says. We are among the fattest and unhealthiest nations on Earth. These are the numbers: 61% of all South Africans are overweight or obese. A further breakdown of that research shows that 70% of women over the age of 35 fall into that category, as do 59% of black women aged 15 years and older, 55% of white men aged 15 years and older, 25% of teens and 17% of children under nine years.

Our wake-up call as a nation really should have come in 2004. That’s when doctors meeting at a conference to discuss the subject said South Africans were “now as fat as Americans”. They said that obesity had created a double burden of disease across Africa. Developing countries that still had not overcome malnutrition now had to treat people for illnesses caused by them being overweight.

We didn’t really pay attention then and now the situation looks as if it is getting worse. Being obese can lead to diseases such as heart attacks, diabetes, hypertension and loss of general wellbeing – and many of these diseases are now setting in at an even younger age.

The costs to our already burdened healthcare system will be enormous. So what is to be done? As Naidoo says, we can start making a real difference with the lessons we teach our children and by shaping behaviour at an early age. If 17% of children under nine are obese and overweight, then parents need to ask themselves serious questions about what it is they are feeding their children and how active their children are. As moms and dads vigilance is needed. Just because some measure of economic freedom and ability has enabled us to have a few bob to buy our children trinkets — such as video games and consoles and fast food — doesn’t mean we must do it.

It is about exercising responsibility as a parent and not kow-towing to all the whimsical and fanciful demands of children who want to have what their friends have. My eight-year-old son is simply not allowed video games. Period.

It is a contentious issue; he has whined, nagged and gnashed his teeth. But that’s just the way it is. I’m the parent, I have taken a decision. We all know that one of the reasons children have become sedentary and fat is that, with these fancy games and gadgets, all they do is vegetate in front of the television and don’t play sports and games outdoors, which stunts their physical development. Children must run, play, skip, hop and swim. They must learn from us. By showing my son that I exercise regularly,

I’ve already imparted a lesson without saying anything. He eggs me on when I run and takes great pride in collecting and looking at mom’s race medals. As a result, his involvement in sport has been effortless and enthusiastic. Fizzy drinks are banned in the house but can be had every now and again as a treat when we go out. As a result, he has formed a habit of drinking water most of the time and doesn’t yearn for sugary sweet drinks.

He gets tuck money once a week and, every morning as we drive to school, I tell him he is free to buy what he wants with it. As long as he knows that chips, sweets and other fatty foods are not good for him, I expect him to make the right choices. By and large he does. Through talking and educating, I’ve instilled in him eating habits that I hope will stay with him all his life.

Of the many challenges we face in the country, such as inequality, poverty, poor education and HIV/Aids, in which government intervention and policymaking is needed, our eating habits are one of those instances where we don’t need the government to step in. This is something that we as parents can do, simply by making healthier choices for our families.