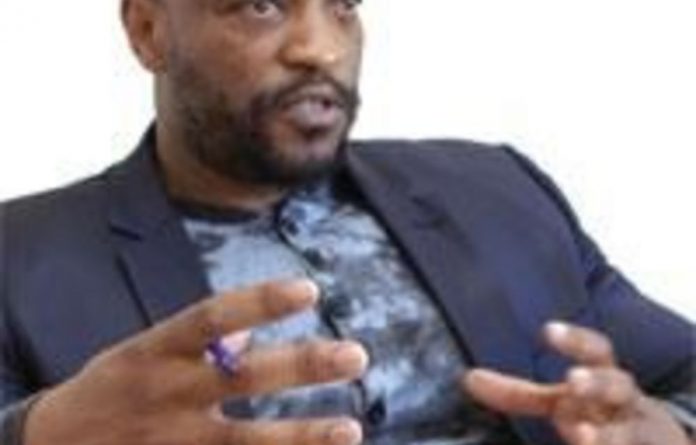 One of the ways in which the Development Bank of Southern Africa (DBSA) is assisting the Department of Health (DoH) is through the voluntary counselling and testing (VCT) programme.

“The VCT programme received funding from the German government-owned development bank KfW and came at a time when we were trying to improve the confidentiality of services around HIV cases. A major focus of the project was to expand our clinics and ensure that VCT was done confidentially,” says Dr Yogan Pillay, Deputy Director General at the DoH.

The collaboration between the DoH, DBSA, and KfW has been designed to help government in its efforts to reduce HIV infection rates. While government has been focusing on the health issues, the DBSA has looked at the problem from an infrastructure level regarding the development of the private consulting rooms at clinics.

“As we start to mainstream HIV into the health system and as the stigma around the disease improves, we will use these consulting facilities for all other confidential services. While the VCT programme started as a vertical programme, it has the opportunity to expand significantly beyond that,” continues Pillay.

Private counselling
KfW has provided government with €10-million to upgrade facilities in Mpumalanga, the Eastern Cape, and Kwazulu Natal. To date, the DBSA has assisted the DoH in upgrading 207 clinic sites.

Secondly, the DBSA embarks on a social marketing exercise once the facilities are upgraded. After all, what is the use of the facilities if the communities are not aware of them or are not using them? “The programme has already started paying dividends with a significant increase in people going for testing and counselling at the clinic,” he says.

But it has not been easy, admits Rakoloti. He cites accessibility as a key challenge. Even when the road infrastructure is in place, water supply has been an issue. He says that sometimes clinics have been upgraded but have not been able to run optimally as there has been a lack of water.

Playing to their strengths
“There needs to be greater collaboration between provinces and the municipalities to ensure that water is there when needed. The fact that we are helping the stake- holders in the health sector meet the Millennium Development Goals despite the challenges that exists shows how effective our experience in infrastructure is,” says Rakoloti.

Such has been the success of the VCT programme that KfW has already committed nine million euros for next year to focus on clinics in Limpopo and the Northern Cape. “The scale of the challenge is big but government is actively pursuing upgrading facilities from their side. People must be comfortable and have confidence in clinics so that they will seek appropriate care when they need it. With government focusing on hospital upgrades, we will continue with our clinic project,” says Rakoloti. And it is this expertise that is the most telling for government.

“The biggest strength of the DBSA results in a positive impact on health,” adds Pillay. He feels that the DBSA also played a significant role in getting the different stakeholders around the table and agreeing on a way forward. This has seen the country benefit from many success stories over the past two years around HIV/Aids such as greatly reducing the number of HIV positive people who have died.

Help from communities
Rakoloti feels that the support from communities can also not be underestimated. “We have been using local contractors throughout the upgrading process. We also try and engage with communities to get them involved wherever possible. After all, this is a project not only between the donor and government, but it is also about getting people to buy into the idea and see and experience the improvements themselves,” he says.

This includes managing the complexity of stakeholder relationships throughout the process. The DBSA has set up committees and forums so that there is a common vision and purpose for the work which needs to be completed. Through engaging with all the stakeholders, the DBSA has been able to bring them closer together and working towards a common goal.

“We are specialists in facilitation so we ensure that donors are also approached in the correct way. Within the context of the National Health Insurance, we are quickly reaching a stage where people across South Africa will have access to quality healthcare. While people are not necessarily confident in the quality of care they will receive at clinics at the moment, this is starting to change with initiatives such as the VCT programme,” says Rakoloti. And combating challenges is something the DoH knows all too well.

“Quality is one of the biggest concerns we have. To address this, we are creating an independent office of standards compliance with inspectors who have the power to shut down hospitals and clinics if needed. By the end of May 2012, we would also have completed a national audit of all 4 000 health facilities throughout South Africa so we will have an idea where many of the issues are in terms of water, accessibility, infrastructure, and human resources,” says Pillay.

He believes that the intention now is to put together teams of people to intervene in areas where there are critical challenges.

Life and death
And these challenges Rakoloti admits are quite different from the ones the DBSA normally have to con- tend with. “When dealing with people’s lives you are always careful to ensure that what you do impacts positively on them. We need to ensure that the work that is being done is completed at an acceptable standard. It is therefore critical that all stakeholders are involved and working together on projects such as these,” he says.

As part of this, the DoH is stressing primary healthcare in several ways. Firstly, it is aware that it needs to increase access to primary health-care not only through hospitals and clinics but also through an outreach programme where it takes medical care to communities.

“We will be linking teams of people to clinics who will be responsible for a number of households. These teams will look at preventative and curative care as well as the promotion of healthy living. The intention is that each of the 4 000 wards in South Africa will have at least one team in place,” says Dr Pillay.

For Rakoloti, the work the DBSA is doing with the DoH could be used as a model for other government departments. “The model we are developing with the DoH will be one for the future in terms of management and improving infrastructure. It could easily be replicated in other sectors through the learnings we have derived from the processes we worked on for health,” concludes Rakoloti.

These are the vaccines South Africa could get