Ireland may be Europe’s only hope 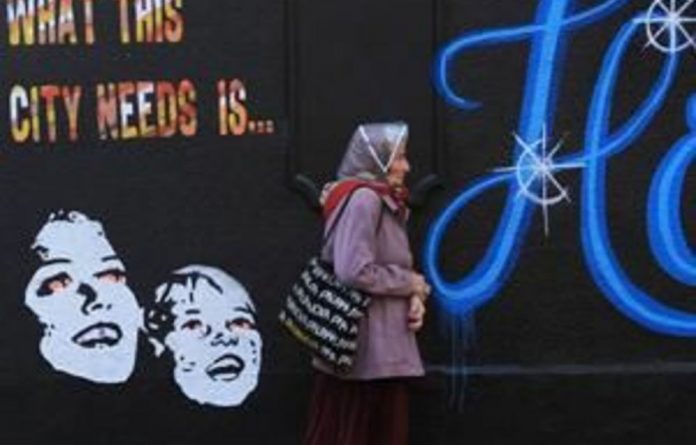 Ireland was the Icarus economy. It was the low-tax Celtic tiger model that became the European home for American multinationals in the pharmaceutical and information technology sectors. Ireland was open, export-driven and growing fast, but flew too close to the Sun and crashed back to Earth. The final humiliation came when it had to seek a bailout a year ago.

In a colossal property bubble, debt as a share of household income doubled, the balance of payments sank deeper and deeper into the red, government finances became over-reliant on stamp duty from the sale of houses and the banks were leveraged up to their eyeballs.

There was something of the Greek tragedy about it all. One bank in particular, Anglo Irish, was the lender of choice for property developers and, when the ghost estates started to spring up, it was, in effect, insolvent. The bank was not systemically important and in normal times should have been allowed to go to the wall.

But September 2008 was no normal time. Lehman Brothers went bust and there were fears, almost certainly correct, that the failure of any bank could send the dominoes tumbling across Europe. So the Irish government was prevailed on, to put it mildly, by its European partners to take the bullet for everybody else and, in bailing out the banks, it doubled its national debt.

Policymakers had already sensed trouble ahead, with the first spending cuts announced in July 2008. But that was nothing compared to what happened next. The bottom fell out of the construction market, which had been producing 80 000 homes a year — double what the country required to meet demand — and the global recession wiped out a good chunk of Ireland’s exports.

A series of emergency packages and austerity budgets followed as the government sought to balance the books during a recession in which national output sank by 20%. In November 2010, the Irish government asked for external support from the European Union and the International Monetary Fund. Again, it had little choice in the matter.

The terms of the bailout were tough and there has been no let-up in the austerity. Finance Minister Michael Noonan plans to put up the top rate of value-added tax by two percentage points to 23% in next week’s budget. Unemployment is already nudging 15%, at least 100 000 homeowners are in negative equity and welfare payments, with the exception of pensions, have been slashed.

In recent quarters, there have been signs of life in the Irish economy but the boost has come entirely from the export sector, which has benefited from the increased competitiveness prompted by cost-cutting. The best that can be said for its domestic economy is that the decline appears to have bottomed out, at least for now.

That is the bad news. The good news is that the supply side of the Irish economy is sound. Much attention is paid to Ireland’s low level of corporate tax, which has certainly acted as a magnet for inward investment, but that is not the only reason the big multinationals have arrived. There is a young, skilled workforce and Dublin does not have London’s hang-up about using industrial policy to invest capital in growth sectors. Ireland had a dysfunctional banking system, but most of the multi­nationals — which account for 80% of the country’s exports — do not rely on domestic banks for their funding.

The problem is that a successful economy cannot be run on exports alone, no matter how competitive they might be. Wandering around central Dublin, it is hard to believe that this is a country in depression. The restaurants are busy and the theatres full. There is no tumbleweed blowing through the streets. It is rather like Tokyo in the mid-1990s: a city that still looks prosperous despite the contraction in the economy. This, though, is something of an illusion. Domestic demand is weak, private investment has collapsed and households are saving rather than spending.

The crisis in the eurozone now threatens to choke off exports, making it more difficult to hit the targets for reducing the budget deficit. There is a risk of a debt trap, in which budget cuts lead to slow growth, which in turn worsens the fiscal position and increases the pressure for still more cuts. Bond yields have come down in the past 12 months but were edging higher towards 10% during last week’s turmoil.

Interestingly, when Noonan tried an alternative policy for a specific sector of the economy last year, it paid off. He cut VAT for the tourism industry and saw numbers increase by 10%.

The chance of this being adopted for the rest of the economy looks slim. Keynesian economics are not big in Ireland, a country where monetary laxity in the bubble years has been followed by budgetary rigidity in the downturn. David Begg, the general secretary of the Irish Confederation of Trade Unions, said: “We were the poster child for globalisation. Now we are the poster child for austerity.”

So what should happen? Well, clearly the troika needs to cut Ireland a little slack. As Noonan rightly said, Europe is in desperate need of a success story and there is far more chance of that being Ireland than Greece or Portugal. At the moment, a perverse form of the moral-hazard argument is in force, whereby Ireland cannot be rewarded for doing what it has been told to do in case it stops doing so. Up until now, Ireland’s response has been almost Pavlovian, reacting to the demands to inflict pain on itself with a consensual approach that has bordered on passivity.

There are now, however, the stirrings of a reaction. The unions are urging a mild form of reflation, and Noonan is making the valid point that there should be recognition of the sacrifices Ireland has made for European solidarity. He would like the terms softened on an IOU Dublin agreed with the European Central Bank to help recapitalise Anglo Irish, something officials believe could save billions of euros a year.

The concern among Irish policymakers is that they will be punished for any show of resistance to austerity. There are two things to say to this. The first is that, in the circumstances, the small debtor nations on the eurozone’s periphery have the potential to bring the whole house down. Ireland has a population of four million and the underlying strength of the country means that it would flourish in or out of the single currency, even though the transition would be tough. It can afford a crisis more than the European Central Bank or the European Commission can.

The second thing is that the policy of ever more pain is wrong politically and economically. It will depress the economy and make it more likely that the people will vote against any treaty change to strengthen monetary union. Ireland made mistakes, big mistakes. It was like Icarus but it is now being treated like Sisyphus, the character in Greek mythology condemned in Hades to roll a rock to the top of a steep hill only to watch it roll down to the bottom again. —