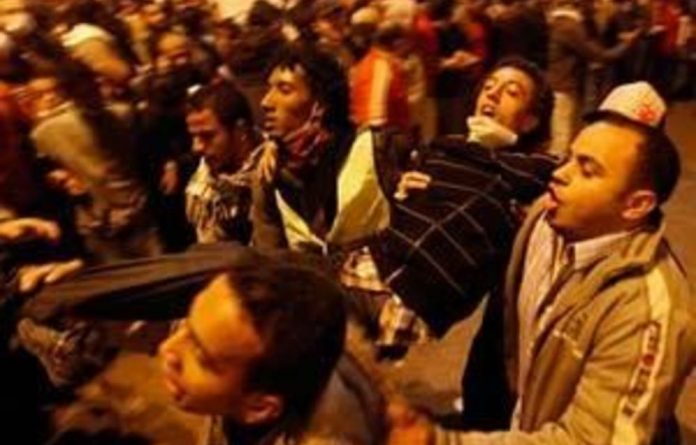 Egypt will hear the results of elections which Islamist parties expect to win on Friday as protesters gathered at a rally to remember 42 people killed in clashes with police last month.

Islamist success at the polls in the most populous Arab nation would reinforce a trend in North Africa. Moderate Islamists lead governments in Morocco and post-uprising Tunisia after election wins in the last two months.

Egyptians voting freely for the first time since army officers ousted the king in 1952 seem willing to give Islamists a chance. “We tried everyone, why not try sharia [Islamic law] once?” asked Ramadan Abdel Fattah (48) a bearded civil servant.

Parliament, whose exact makeup will only be clear after Egypt’s staggered voting process ends in January, may challenge the power of the generals who took over in February after an uprising toppled former president Hosni Mubarak, an ex-air force chief.

Youthful demonstrations
Under pressure to hand over to civilian rule, the military council said it will keep powers to appoint or fire a Cabinet and the Muslim Brotherhood, Egypt’s oldest Islamic group, appeared to back off a statement from the party’s head that the majority in Parliament should form a government.

Some Egyptians fear the Brotherhood might try to impose Islamic curbs on a tourism-dependent country whose 80-million people include a 10% Coptic Christian minority.

But the Brotherhood, with deep roots in Egyptian society dating back to 1928, says its priorities are ending corruption, reviving the economy and establishing a true democracy in Egypt.

Youthful demonstrators have called their protest to remember the “martyred” and to reinforce their demand that the army step down immediately, for after Friday prayers in Tahrir Square, the epicentre of opposition to Mubarak’s rule.

The world is watching the election closely, keen for stability in Egypt, which has a peace treaty with Israel, owns the Suez Canal linking Europe and Asia, and which — in Mubarak’s time — was an ally in countering Islamist militants in the region.

Civilian rule
Washington and its European allies have urged the generals to step aside swiftly and make way for civilian rule. But they also worry that Islamist rule in Egypt might erode social freedoms and threaten Cairo’s 1979 peace treaty with Israel.

The Brotherhood said on Friday on its website that its Freedom and Justice Party (FJP) is set to win about 43% of seats allocated to party lists in this week’s vote which passed off peacefully with a big turnout but some infractions.

Al-Nour Party, one of several newly formed ultra-conservative Salafist Islamist groups, is expected to pick up 30% of assembly seats, according to the FJP’s latest chart on its website. Nour said on Thursday it expected 20%.

The Salafi vision bars women and religious minorities, such as Christians, from top executive posts and seeks a return to Islamic codes that would ban alcohol, “un-Islamic” art and literature as well as beach tourism that shows people’s bodies.

The liberal multi-party Egyptian Bloc has said it is on track to secure about a fifth of votes for party lists.

Decisive victory
Egypt’s April 6 youth movement, a prime mover in the revolt against Mubarak, said any party win should not cause concern.

A decisive victory for the well-organised Brotherhood would come as no surprise because liberal parties and the youth movement that propelled the revolt were not as coordinated. What was surprising to some was the strength of the Salafist vote.

Young activists had failed to present a viable programme, Mohamed Taha (46) an accountant who supports the Egyptian Bloc, said. “Their revolution was stolen and they are stuck searching for who stole it,” he said.

Local monitors urged stricter procedures for the next two stages of voting so that irregularities are not repeated but said those violations did not void the vote’s legitimacy.

“Even with the occurrence of violations including some forms of forging, they aren’t comparable with what used to happen,” the Independent Coalition for Monitoring the Elections said, referring to widespread voter intimidation in Mubarak-era polls.

Coalition
If the FJP and Nour secure the number of seats they expect, they could combine to form a solid majority bloc, although it is far from certain the Brotherhood would want such an alliance, possibly preferring a wider coalition to guarantee stability.

Senior FJP official Essam el-Erian said before the vote that Salafists, who had kept a low profile and shunned politics during Mubarak’s 30-year rule, would be “a burden for any coalition”.

Salafists believe the Brotherhood has made too many compromises in its strategy to enter mainstream politics.

The FJP might seek other partners, such as the liberal Wafd or the moderate Islamist Wasat Party, set up by ex-Brotherhood members in 1996, although only licensed after Mubarak’s fall.

Pragmatic
The Brotherhood’s intention to be pragmatic was underlined by a statement from the FJP that appeared to back off remarks by its head that Parliament should choose a Cabinet, not the army.

Essam Sharaf’s outgoing government quit during protests against army rule last month in which the 42 people were killed.

Kamal al-Ganzouri, asked by the army to form a “national salvation government”, aims to complete the task in the next day or two but has acknowledged that five presidential candidates had turned down invitations to join his Cabinet. — Reuters