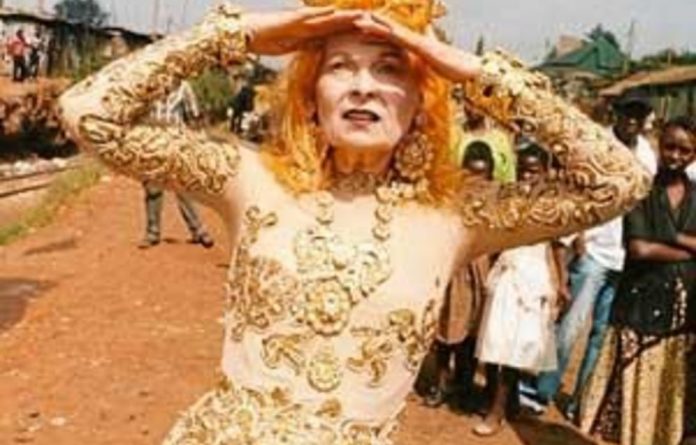 In a whitewashed building in Nairobi’s industrial area, scores of women are sewing handbags for some of fashion’s best-known labels. But as their machines clack rhythmically they are also crafting a new future for themselves.

On a table by the open door there is a pile of Vivienne Westwood cloth totes, and the vivid colours of Carmina Campus bags by Ilaria Venturini Fendi spill across a bench.

Nairobi’s Hub workshop is the heartbeat of Ethical Fashion Africa, a not-for-profit group created by the International Trade Centre (ITC), a joint United Nations and World Trade Organisation body, to empower marginalised people by linking them up with fashion houses and distributors.

The women are from some of Nairobi’s most deprived areas — Kibera, Korogocho, Dagoretti and others. The production room hums as ceiling fans slice the muggy air of Kenya’s rainy season.

Thousands more work from home on the bags and accessories that will end up in designer stores across the world.

Joyce Kamau, a single mother with two children, works as a supervisor. She started at Ethical Fashion Africa two years ago and says she can now provide for her family’s basic needs. “We didn’t know we could get to this,” she says, gesturing to some startlingly bright machine embroidery. She said others in the group once found the work difficult, but “I encourage them and I inspire them.”

Ethical Fashion Africa’s slogan is is “not charity, just work”.

Long-term commitment
The factory is hidden away at the back of the GoDown, a thriving community of artists and musicians on the edge of Nairobi. As well as Westwood and Fendi, Stella McCartney sources work here, as do European distributors such as the Italian retailer Coop. There are plans to move into the United States next year through a deal with Wal-Mart to distribute products online.

Westwood’s involvement has made the biggest media splash. In August she launched, from Nairobi, a collection of bags called “Handmade with Love”, and she also filmed her autumn campaign in the city.

“Vivienne has a long-term commitment, which is good … now the next step is to start growing together to expand,” said Simone Cipriani, head of the ITC’s poor communities and trade programme.

About 5?000 people in Kenya are involved with the initiative and 90% of them are women, mostly from disadvantaged or isolated communities in Nairobi and beyond.Training is key; before they are assigned an order the women are instructed on what to do. The training builds on existing skills such as sewing and tailoring. The women earn money, but more than that they learn techniques that will serve them in the future.

As for the fashion houses, the deal suits them too. “They get unique products … that are worth the money. And they get a beautiful story of responsibility,” Cipriani said.

Fashion is fickle: hemlines rise and fall and what was in is very soon out. But Cipriani says this actually works to the project’s advantage and helps it achieve all-important sustainability. “The fact that it changes provides new work every six months. The technical capacities never change but with these we can do new work.”

Jeremy Brown, product development adviser for the ITC Ethical Fashion Initiative, is working with a team of 10 Kenyans to do himself out of a job. He rummages in a box in his cramped atelier and pulls out a Westwood bag with an orb emblem made from the recycled brass of old taps. Another Westwood bag is lined with old shirts, bought in the secondhand clothes markets of Nairobi.

Vincent Oduor, the Hub’s human-resources manager, grew up in Korogocho shanty town and knows how to quantify the human bottom line of this collaboration between two worlds. He breathes life into the “not charity, just work” motto.

“It’s very rare for people from Korogocho to get employment. We suffer from social labels,” he said. “For [these women] the real joy is based on the dignity they find in working.” —