Zim judgment a cause for concern 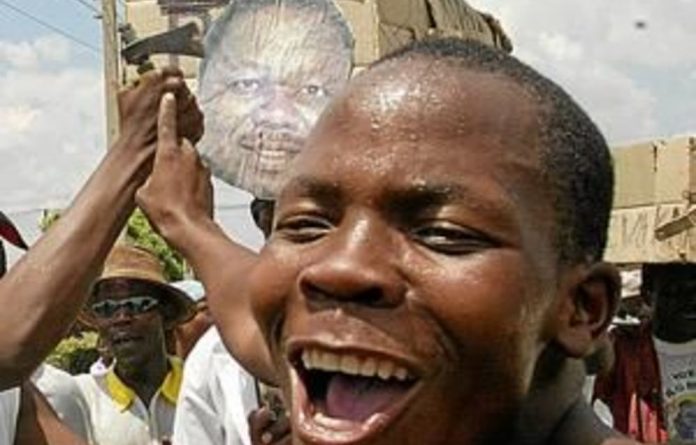 Should we trust the government’s bona fides when it says it has good reason to keep information from us, or is the onus on them to prove that we will all be better off if they hang onto their secrets?

Shorn of legalities, that is the question at the heart of the judgment handed down by the Constitutional Court this week in the Mail & Guardian‘s long-running quest to gain access to a report on Zimbabwe’s 2002 presidential election made by judges Dikgang Moseneke and Sisi Khampepe.

It is no trivial question of whether we put our faith in particular personalities, or political parties; rather, it goes to the heart of the kind of state we have, and how the courts approach the delicate and increasingly controversial job of checking and balancing executive power.

Former president Thabo Mbeki sent the two judges to Zimbabwe to investigate the constitutional and legal circumstances surrounding the 2002 polls. There is no evidence to indicate that he did anything more with their report than file it in a desk drawer, but it is plausible that Khampepe and Moseneke saw in Zimbabwe what almost everyone else did: an environment utterly inimical to free and fair elections.

However, Mbeki famously endorsed the vote, which kept Robert Mugabe in power.

We applied to the presidency for a copy of the report under the Promotion of Access to Information Act (Paia) in June 2008 and were refused. A subsequent appeal was rejected too. No real reasons were given for the refusal, save a bald assertion that the judges were given information in confidence by the Zimbabwean government and revealing it would harm South Africa’s diplomatic initiatives in that country.

We were unconvinced by that claim and took the presidency on review in the North Gauteng High Court. The Act makes it very clear that the burden rests on the government to prove that a document cannot be released, we argued. That means the holder of the record must provide a genuine evidentiary basis for refusal. The presidency provided no such thing.

Acting Judge Stanley Sapire agreed and ordered that the report be handed over to us. The presidency then went to the Supreme Court of Appeal, which unanimously upheld the high court ruling and set out in ringing terms the obligations that the government has under the Act.

From authority to justification
The Constitution, Judge Robert Nugent ruled, carried us from the apartheid-era culture of authority, to a culture of “justification”. The president, he said, had manifestly failed to cross that bridge and had to release the report within seven days.

The presidency then appealed to the Constitutional Court, which heard the case in May and handed down a decision on Tuesday, which split the court five to four over the place that trust in the government’s unsubstantiated assertions ought to have in such matters.

The majority judgment, by former chief justice Sandile Ngcobo, with his replacement, Mogoeng Mogoeng, Zac Yacoob, John Froneman and acting judge Kenneth Mthiyane concurring, held that the matter must be sent back to the high court, where the judge must examine the document to determine whether the government was right in refusing to release it.

It may sound like a reasonable proposition: let an independent arbiter look at the underlying document and determine whether it can be released in its entirety or in redacted form — except that this approach risks upending the entire structure of the Act, and vitiating the crucial principle that the government must justify its refusal to provide information. As the minority judgment by Edwin Cameron argues, it offends against the open justice principle, by giving the judge access to a secret document that the applicants cannot see, and requiring us to simply trust that he or she has made the right decision. It also weakens the adversarial nature of our legal system. The onus is on the government, remember, to prove that we should not get the report. Our law is weighted towards disclosure for very good reasons.

That is why both the legislation and the relevant local and international jurisprudence make it clear that the option of a “judicial peek” must be exercised only in exceptional circumstances, where it is impossible to determine whether or not the evidentiary burden imposed on the record holder by the Act has been met. It is a last resort.

Ngcobo et al accepted the presidency’s claim that no more evidence could be provided, because that would involve a reference to the contents of the report. In the circumstances, the high court ought to check if that was true by reading it.

In a dissent shot through with exasperation Cameron, with Bess Nkabinde, Chris Jafta, and Johann van der Westhuizen concurring, pointed out that there were many ways in which the presidency could have provided more evidence without referring to the report. They could have produced a letter of appointment, directing the judges to conduct confidential interviews with Zimbabwean officials; or they could have produced affidavits from Khampepe and Moseneke, or from Mbeki himself, setting out the terms of the mission. They did none of these things.

Cameron is stinging in his assessment of this approach, and the “entire absence of persuasive evidence from the presidency’s depositions”.

He is equally robust in assessing Ngcobo’s judicial peek solution, saying the public should never have cause to fear that the courts were assisting in suppressing information to which they were entitled.

“To give secret judicial examination of disputed records a central place in deciding claims to exemption, instead of enforcing the burden the government rightly bears to justify withholding information, is in my view a grave error.”

The M&G will return to the high court, three-and-a-half years after we started this journey, and may well find ourselves going through the entire process once again.

The larger question is whether this judgment indicates a tilt in our highest court towards trusting the government, rather than strictly applying the basic tests required by our law. It is a straw in the wind, at the very least.

Morocco’s occupation of Western Sahara is about the presence of resources, especially phosphates that make up 72% of the world’s reserves. Phosphate is used in fertiliser, a key element in agriculture, giving Morocco a tight grip over world food production.
Advertising