Which eurozone countries will survive this ‘grand bargain’? 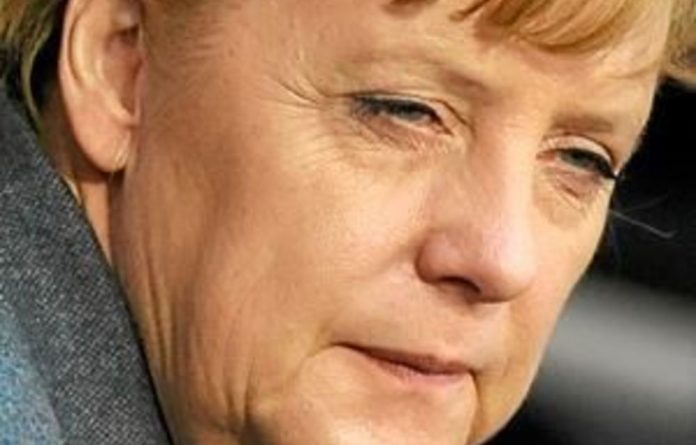 It began with an upbeat refrain from the Italian European Central Bank president Mario Draghi about a “fiscal compact”, taken up just hours later by Nicolas Sarkozy, appearing before an enthusiastic crowd in Toulon; and on Friday morning, Angela Merkel joined the chorus. For the first time in many months, the key policymakers who hold the destiny of Europe’s single currency in their hands seem to be singing from the same hymn sheet.

Next Monday, Merkel and Sarkozy will meet in Berlin in a bid to seal a Franco-German deal on far closer co-operation between the single currency’s member countries on their tax and spending plans. Next Friday, when Europe’s leaders gather in Brussels, they’ll try and sell those plans — which will involve rewriting the Maastricht treaty — to their fellow eurozone members.

It won’t be the first time the two leaders have claimed to have struck a “grand bargain” to secure the economic future of Europe. But this time, crucially, they seem to have squared their proposals with Draghi, who must agree to ramp up the ECB’s rescue mission by buying billions of euros worth of Italian and Spanish bonds, if the entire eurozone is to avoid a post-Lehman style meltdown.

Draghi appears to have agreed that what’s on the table gives the ECB enough comfort to act; and that view will be reinforced if, as expected, his fellow technocrat Mario Monti, now installed in Rome, manages to pass a tough new austerity budget next week.

Many unanswered questions remain, not least whether other single currency members will be willing to sign up to the loss of sovereignty implied by a strict new regime under which Brussels would take control over countries’ spending plans. Is Ireland willing to give up its rock-bottom corporation tax rates, for example; and are the French ready to postpone their retirement?

But large-scale intervention by the ECB might, just might, paper over the cracks in the short term, by bringing down the cost of borrowing for crisis-hit governments. Together with a slug of extra cash from developing countries, channelled through the International Monetary Fund, it could also ease the strains in the financial markets in the short term.

Even if all this works, however, there is little in the package to address the underlying problems of competitiveness facing the weakest members of the zone — or to offer any answer to Greece, Portugal, Ireland, and to a lesser extent Italy and Spain, other than many years of painful austerity.

‘Big red ejector button’
After Sarkozy publicly conceded that Greece should never have been allowed to join the euro club, any reworked treaty is also likely to include what one London analyst calls “the big red ejector button”: the ultimate sanction of chucking out countries that don’t comply with stringent budget rules.

Over time, that’s likely to lead to a smaller, harder currency zone, as uncompetitive countries are shown the door. Greece’s bailout loan is reviewed quarterly. With every indication that prolonged austerity and a downturn in its export markets will lead to a still-deeper recession, making its debt crisis even worse, it wouldn’t be too hard for its neighbours to find the pretext to chuck it out of the club.

And even if they’re not cut loose by Paris and Berlin, voters in countries such as Greece may eventually decide they’ve had enough. The bailed-out countries, including Italy, which has received a backdoor bailout from the ECB, have already effectively become protectorates of Brussels, with EU and IMF officials rifling through every detail of their budget plans: this is hardly a democratic process, a fact underlined by the “technocratic” nature of Italy’s government.

For angry public sector workers who’ve lost their jobs and suffered savage wage cuts, but who don’t feel they caused the crisis in the first place, this government by remote control may soon become hard to swallow, unless it rapidly improves living standards. But amid growing evidence that the eurozone is already sliding into recession, things are likely to get far worse before they get better.

So even if there’s a triumphal chorus next week, it’s hard to feel confident that the eurozone will still exist in its current form — and with all its current members — in five years’ time. – guardian.co.uk

Another week, another euro summit

Every 'grand bargain' so far has failed to acknowledge the deep-seated imbalance between Germany and everyone else in the single currency.
Read more
Africa

The new coalition government warns it will run out of options unless the bailout is forthcoming.
Read more
Business

Greece on verge of default as doubt grows over bailout

Greek Prime Minister George Papandreou is under fire amid rumours that creditors are about to pull the plug.
Read more
Business

Debt crisis could lead countries to opt out of the euro

Differing opinions on the euro's evolution hide the fact some eurozone countries may see their future outside of the fiscal union.
Read more
Business

Politicians must convince German, Dutch and Austrian taxpayers that it is worth signing up to some kind of Europe-wide rescue fund.
Read more
Advertising
Continue to the category
Education