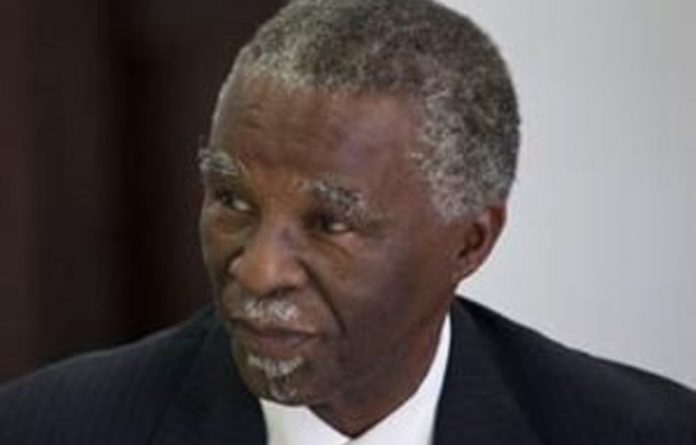 The Donen Commission of Inquiry into allegations of illicit activities in the United Nations’ Iraq oil for food programme found that no one whose name featured in their investigation had contravened any South African law.

“It has to be stressed that the Donen Report does not make any definitive final findings in respect of the conduct of the named individuals in so far as the impact of such conduct on UN resolutions and policy is concerned,” presidential spokesperson Mac Maharaj said on Wednesday.

President Jacob Zuma released the report earlier in the day.

The Mail & Guardian was the first to reveal connected trader Sandi Majali’s visits to Iraq to solicit allocations under the oil for food programme, administered by the UN as a limited exception to an international embargo.

Majali was accompanied more than once by senior party and government officials, including Deputy President Kgalema Motlanthe, who was ANC secretary general at the time.

The commission was established on February 17 2006 by then president Thabo Mbeki to investigate alleged illicit activities of certain South African companies or individuals relating to the UN programme.

Maharaj said Mbeki had refused the commission’s last request for extra time and the commission consequently handed in its final report in September 2006.

Interim reports had been handed in May and June that year.

“Former president Mbeki decided against releasing the report pending the advice from the chief state law adviser and due to its incompleteness, among other reasons.”

Maharaj said it was important to note that all those caught up in the subject matter of the inquiry were not the subjects of the commission’s investigation.

Three-part report
They also did not have an opportunity to present their version of events fully.

“In addition, much of the commission’s collection of information did not involve evidence on oath with the test of cross-examination being applied.”

Released with the three-part report was a letter written by the chairperson advocate Michael Donen SC, to the then director general in the presidency, dated August 28 2009.

“These misconceptions severely impugned the character and dignity of several persons.”

The commission found that no one whose name featured in their investigation had contravened any South African law.

Donen’s letter explicitly stated that the three persons “named” by the media — Motlanthe, Human Settlements Minister Tokyo Sexwale, and the director general of the minerals and energy department Sandile Nogxina — were not the subjects of the commission’s investigation.

Motlanthe had intervened with the authorities in Iraq to ensure that they adhered to the decisions and rules determined by the UN programme.

Donen also stated that Nogxina “made a valuable contribution to the commission’s work”, that “no blame could be attached to the DG”, and that “his personal involvement as a participant in illicit activities was so remote as to not even warrant any consideration of his culpability or otherwise”.

Regarding Sexwale, the commission “exonerated Mr Sexwale from liability as a participant in illicit activities”.

“The comments made in the report are not to be elevated to findings of fact. These were interim and untried comments as the report recognises. They must be treated as such,” Maharaj said.

The September 2006 report proposed actions or steps to be taken to prevent companies or persons falling under South African jurisdiction from becoming involved in future illegal or irregular international activities, including sanctions-busting in respect of internationally imposed sanctions.

Zuma had asked Justice and Constitutional Development Minister Jeff Radebe to review the documentation and consider passing the relevant legislation and/or amend existing legislation to rectify any shortcomings in domestic law, Maharaj said.

Unanswered questions
Questions remain about Motlanthe’s proximity to Majali’s negotiations with Iraqi officials when they demanded a multimillion-rand kickback, which was subsequently paid in part. Also apparently aware of Iraq’s demand for kickbacks was Phumzile Mlambo-Ngcuka, then minerals and energy minister and later deputy president.

Iraq levied the kickbacks in contravention of the UN embargo because all proceeds of oil sales should have been paid into a trust account that would be released for humanitarian purchases only.

To create room for these “surcharges”, as Iraq called them, the regime sold its oil at a discount. The discounts were also exchanged for diplomatic favours — allocations were made to politicians and their cronies.

Good company
Majali, whose death last December in a Sandton hotel room remains a mystery, first sought oil allocations from Iraq in 2000 using a company called Montega Trading. One of his partners at the time was Iraqi-American Shakir al-Khafaji, who had access to Saddam Hussein’s influential deputy prime minister, Tariq Aziz.

The UN’s independent inquiry committee reported in 2005 that Aziz had “specifically asked Mr al-Khafaji to help strengthen the ties between Iraq and South Africa”.

Majali and al-Khafaji — accompanied, as the M&G has revealed, by Motlanthe, then-ANC treasurer-general Mendi Msimang and then-ANC presidency head Smuts Ngonyama — travelled to Baghdad in December 2000.

“During their meetings in Iraq, Mr Majali described himself as an adviser to both the ANC and President Mbeki. After several days of meetings, Mr Majali was allocated two million barrels of oil,” the committee noted.

Majali and his partners in Montega traded the two million barrels in early 2001, but failed to pay the $464632 (R3.75-million now) “surcharge” demanded of them. This put Majali at a disadvantage when he sought further allocations.

Try again
But in September 2001, Majali was in Baghdad again, this time accompanied by a delegation of senior government officials. Party and state lines were blurred as he and the officials variously lobbied to improve relations between the ANC and the Ba’ath Party and get oil allocations for the South African state — but through Majali’s company, Imvume, which was then new.

The M&G has published correspondence, including a letter Motlanthe addressed to the Iraqis at the time, saying Majali had the ANC’s “full approval and blessing”. Also published were Imvume proposals indicating the ANC would benefit should Majali get further allocations.

The delegation accompanying Majali included Mlambo-Ngcuka’s most senior officials at the department and ministry of minerals and energy. Their travel motivation, which she personally signed, recommended “that the right political atmosphere between Iraq and South Africa be created in order to win more business” under oil for food.

The motivation also revealed knowledge of the “surcharge imposed by the Iraqis on their oil allocation [which] makes it difficult for South African companies, especially black economic empowerment groups, to break into the market. This is one of the issues that needs to be addressed by both parties.”

In what was clearly no coincidence, the Strategic Fuel Fund, the state body that maintains South Africa’s strategic oil reserves, soon issued a tender for the supply of Iraqi crude worth R1-billion.

Imvume controversially won the tender — but when Majali needed the Iraqis to keep their end of the bargain so he could deliver, Iraq baulked because the $464000 kickback demanded a year earlier remained outstanding.

Majali again met Iraqi officials in Baghdad on March 6 2002. At this meeting, it appears from a letter Majali sent to the Iraqi oil minister that June, he promised to pay the outstanding kickback in two tranches.

Motlanthe letter missing
The UN committee’s report recorded that a day after Majali’s undertaking in Baghdad, a sealed letter from Motlanthe was forwarded to Aziz by the Iraqi ambassador to South Africa.

The committee was unable to find a copy of Motlanthe’s letter, but noted that approval for Majali’s request for more oil was annotated by hand on the ambassador’s covering letter. The approval came from both Aziz and Iraq’s vice-president.

When there were further delays, Majali met with Aziz personally in Baghdad on May 10 2002. According to Majali’s June letter to the oil minister, Motlanthe was also present.

Was the kickback discussed at the meeting, and was Motlanthe present? Majali’s June letter was a request to reschedule the kickback repayments, and in that context “referred” to the meeting it said included Motlanthe.

There is no further record of what transpired at the meeting and Majali, although he subsequently confirmed that Motlanthe was in Baghdad at the time, denied he was present.

According to the UN committee’s report, Iraqi Oil Ministry records show that on May 20 — 10 days after the Baghdad meeting — an “advance” kickback payment of $60000 was deposited at the Central Bank of Iraq. The payment was deposited on behalf of Imvume but it was unclear by whom it was done.

The Sunday Times, after a partial leak of Donen’s material in 2009, reported that Donen had wanted an extension of his terms of reference so he could subpoena more information from Majali and Motlanthe.

The Sunday Times also reported that Sexwale had told Donen in a statement that “although he had been made aware by his co-directors in Mocoh that the Iraqis demanded surcharges, he had made it clear that he was not at any stage prepared to sanction the payment of surcharges”. Donen, apparently, was not satisfied with the response. — Additional reporting by Sapa

For more news on the Oilgate saga view our special report

Even though no planes were ever supplied, a company wants hundreds of millions of rands from the military for a contract to supply two aircraft
Read more
Advertising
Continue to the category
Business

Econ Oil gears up for R5-billion fight with Eskom