Voyager 1: To infinity and beyond 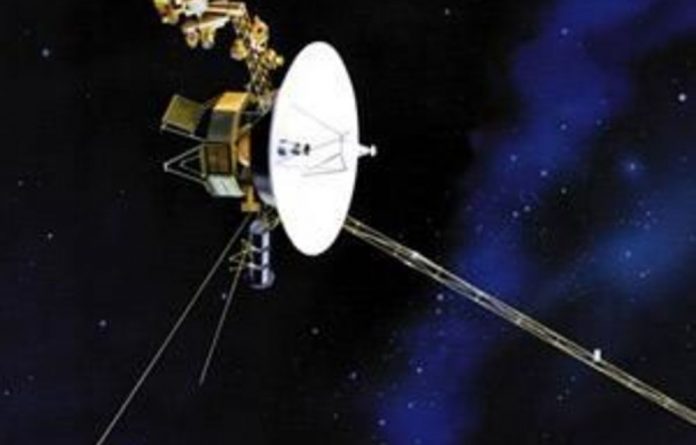 Nasa’s Voyager 1 has entered uncharted territory on the border of our solar system and the remainder of the Milky Way.

Scientists at the US space agency said the craft had gone into a region at the edge of the solar system, describing it as “a kind of cosmic purgatory”.

Ed Stone, Voyager project scientist at the California Institute of Technology in Pasadena, said: “Voyager tells us now that we’re in a stagnation region in the outermost layer of the bubble around our solar system … We shouldn’t have long to wait to find out what the space between stars is really like.”

The Voyager 1 is on course to be the first human-made object to leave the solar system, although Nasa expects it will be several months or even a few years before it completely enters interstellar space. Voyager 2, which is now 9-billion miles away from the sun, will follow later.

Voyager 1 is travelling at just under 11 miles a second and sending information back to Earth from nearly 11-billion miles away from the sun.

Data obtained from Voyager over the last year reveal that in this area at the edge of the solar system the wind of charged particles streaming out from the sun has calmed, while higher energy particles appear to be leaking out into interstellar space.

The primary mission for both Voyager spacecrafts was the exploration of the outer parts of the solar system, particularly the gas giants Jupiter and Saturn. They have sent back images of Saturn’s rings, Jupiter’s red spot and sulphur volcanoes on its moons Europa and Io, and of “winter” on Uranus.

With radio contact with mission control lasting longer than had been expected and both probes still operating well, their mission was extended to chart the edge of the solar system and beyond. —