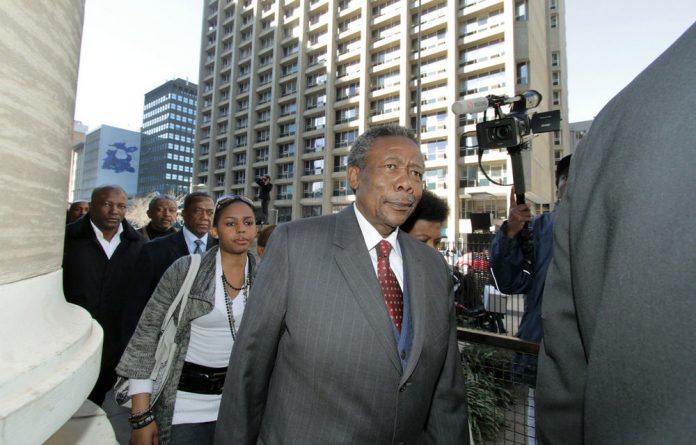 There has been what the less reflective press terms an “outpouring” of emotion around the conviction and incarceration of former police chief Jackie Selebi. Some people make jokes about his imminent rape by fellow prisoners. “Pappa wag vir jou!” they gleefully tweet, quoting that stupid award-winning sodomy-as-deterrent advert of a few months ago. One semiliterate person tweeted: “Surprise Sex Is The Best Way To Be Woken Up In The Morning. Unless Your In Prison. #Selebi.”

Other people lament the fact that we are sending a convicted criminal to jail. They appear to labour under the delusion that jail should not be for people who fought on the right side during the struggle for freedom. “A man who gave his all for this country including his life he is being sent away like a hardened criminal! One day our people will have their Tunisia day and are going to walk to the constitutional hill and take their justice back!”

This is an awful idea of historical entitlement that seems to be getting more prevalent as some of the struggle heroes of the past become the corrupt has-beens of the present. And the idea that the Constitution is a tool to oppress the people is remarkable. With what would this twit want to replace it? Mob justice, apparently.

Then there is the obverse of this sorry coin — the people who think that showing a smidgeon of humaneness is akin to inviting Idi Amin back from the grave to run for president. “So one gets prosecuted for #corruption and then … too sick to go to prison.” This is accompanied by a hysterical outpouring of hashtags: “#onlyinsouthafrica #selebi #shaik #ZA.”

Ah, the conspiracy theorists. Where would they be without an omniscient government controlling their lives? “All of this was just an act to calm the country down and take our attention off the fact that the country has been stolen bankrupt by a government that felt nothing for the starving masses.”

The truth is that our psychotic nation needs Selebi. In the same way that Jesus had to die for the sins of Christians, so Selebi has to be sacrificed to absolve us of our sins. These are both sins of commission and sins of omission. The sins of commission (and I am using that word in every sense, including the arms deal) are those of renegade government officials. Show that Selebi is punished, and there is a sense that justice in the post-Shaik era is seen to be done.

The sins of omission are the many, many occasions on which the government has neglected to punish corrupt and criminally inept officials, and indeed rewarded them with positions elsewhere. In this sense, Selebi is the scapegoat, but in a world in which goats are evil creatures and competitive eaters. Put the likes of Selebi in front of the gravy trough and they will devour everything just so that nobody else can get any. Rumour has it that all state officials are being issued with WWJD bracelets. The instructions: “Ask yourself, when next tempted, what would Jackie do? Then do the opposite.”

The NPA has denied that it played any role in delaying the prosecution of apartheid-era crimes, but concedes politicians interfered in its decisions
Read more
National

Mbeki guilty of misinterpreting the law

The former president’s excuse of "national security" for interfering in the prosecution of Jackie Selebi is a misinterpretation of the law.
Read more
National

The inquiry into whether the prosecutions boss is fit for the job has been terminated just as it was due to begin, on the orders of the president.
Read more
Advertising