Ocean acidity is on the rise 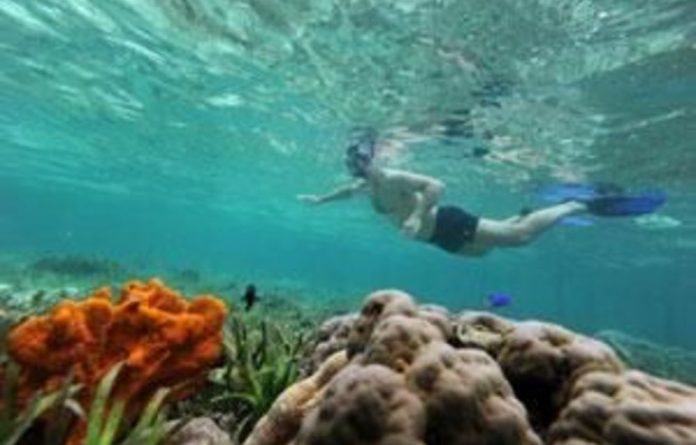 Though the ocean covers nearly three-quarters of the Earth’s surface and provides a livelihood for at least 500-million people, little is known about how it is affected by climate change.

Participants at COP17 said that in coming decades the ocean and coastal regions would become increasingly stressed by at least three factors related to climate change. Impacts on fisheries, shells and corals had already been observed.

“Changes caused by climate change will affect the ocean in ways we are only beginning to understand. It is imperative that international decision-makers understand the enormous role the ocean plays in sustaining life on Earth and the consequences of a high-carbon world for the ocean and society,” said Carol Turley, knowledge co-ordinator of the ocean acidification research programme in the United Kingdom.

The effects of ocean acidification have only come to light in the past decade. Research has shown that the ocean absorbs about 26% of global carbon dioxide (CO2) missions every year, causing a series of chemical reactions that increase the acidity of surface seawater. The rising acidity and decreasing pH levels are bad news for marine organisms with calcium carbonate skeletons or shells, such as oysters, mussels, corals and some planktic species.

“Many of these organisms, particularly in young-life stages, are sensitive to small changes in acidity and there is evidence that they are already being affected,” said the international ocean acidification ­reference user group, a lobby group trying to fast-track scientific ­evidence on the global policy agenda.

“It is amazing to think that just 10 years ago hardly anyone had heard of ocean acidification. There is ­little doubt that it is causing dramatic changes that will impact many human lives now, and ever more so in the coming generations, unless we act quickly and decisively.”

The second world symposium on the ocean in a high-CO2 world, attended by 220 scientists in Monaco in 2008, showed that ocean acidification was a relatively new field of study. More than 62% of the research papers on the subject have been published since 2004.

The symposium concluded that ocean acidity in surface waters had increased by 30% since the ­beginning of the industrial revolution, and now threatened to cause the extinction of various calcareous marine organisms. “Ocean acidification is not a peripheral climate issue. Negotiations aimed at reducing greenhouse gas emissions must take it into account,” the scientists urged policy-makers.

At COP17 the United Nations Food and Agriculture Organisation’s Cassandra De Young said fisheries and aquaculture were not at the top of discussions about climate change, because the value of their ­contributions to food security were not well known. The sector played an important role in food supply and income generation, particularly in developing countries.

More than 500-million people rely on fisheries and aquaculture for their livelihoods and they are facing multiple causes of change,” De Young said. Aquatic foods also have high ­nutritional quality and contribute 20% or more of average per-capita animal protein intake for more than 1.5-billion people, mostly from developing countries.

The lobby groups managed to get a day of talks and panel discussions scheduled on the COP17 programme, but were hoping that the Rio+20 UN conference on sustainable development, to be hosted in Brazil in June, might bring some concrete action.

“World leaders must make the obvious links between the need to respond to the security and livelihood vulnerabilities created by ­climate change and the need for wise investments in adaptation to secure the coastal and oceanic ecosystem services upon which ­sustainable development depends,” Nqayi said.

Participants attending Ocean Day at COP17 last week said, in addition to taking measures to reduce atmospheric pollution, global leaders had to recognise the “hidden service” the ocean provides by absorbing 26% of human-induced carbon emissions each year. Using the values attached to carbon-credit trading markets, this service was worth an estimated $60-­billion to $400-billion a year.

“Through its ability to absorb large amounts of CO2 the ocean plays a crucial role in moderating the rate and severity of climate change,” Turley said. “But in many ways our ocean is also a victim of its own ­success, because this capacity jeopardises its future health, its biodiversity and its ability to continue to provide us with food and sustainable ­economic development.”

A closer look at the effects of climate change on marine systems
Three different stresses are being placed on the ocean and marine ecosystem by climate change and scientists say more research needs to be done on the combined effects they are having on it. Ocean warming is a direct ­consequence of increasing atmospheric temperature because of the “greenhouse effect”.

About 90% of the energy from the warming of the Earth has been stored in the ocean over recent decades. Scientists say there has already been a mean sea surface warming of about 0.7°C in the past 100 years. They predict it will increase by more than 3° by the end of this century. Warming is responsible for less nutrients in sea water and changing patterns in the distribution of marine life, leading to the decline of cod in the North Atlantic, for example.

Research into ocean acidification in the past 10 years indicates it is directly caused by rising CO2 levels in the atmosphere. When carbon enters the ocean, it rapidly goes through a series of chemical reactions that increase the acidity of surface sea water and lower its pH levels.

The process enables the ocean to act as a sink, slowing the accumulation of CO2 in the atmosphere and the rate of global warming. But scientists say the impacts on ocean chemistry are causing the corrosion of sea organisms with calcium carbonate skeletons or shells, such as oysters, mussels and corals.

Measurements indicate that the average acidity of the upper ocean has already declined by 0.1 pH unit, or 30%, since the industrial revolution. Scientists estimate it is expected to rise by about 0.3 pH units by the end of this century if carbon emissions continue at ­present rates.

Ocean deoxygenation is an even newer field of study. It occurs in warming sea waters and is exacerbated by ocean acidification and pollution from rivers flowing into the ocean. Research models project declines of 1% to 7% in the global ocean oxygen inventory over the next century, although there is uncertainty about the scale and location of decreases.

Scientists say deoxygenation will affect fish, sea mammals and many other marine organisms that depend on sufficient levels of oxygen to function. “What is really missing is the joint perspective, where the ­combined effects of two or all three of the stressors acting at the same time are investigated,” said a report released at COP17 by the Plymouth Marine Laboratory in the United Kingdom.

Titled “Hot, Sour and Breathless: Oceans under Stress”, the report indicates that the ocean is home to 80% of the Earth’s living organisms and provides 60% of the protein consumed by developing countries in the tropics.

“In the future, many parts of the ocean are likely to experience more than one of these environmental stressors at the same time, because they are driven by the same underlying processes — increases in atmospheric CO2 and other greenhouse gases,” the report said.