Service delivery is ‘a security issue’ 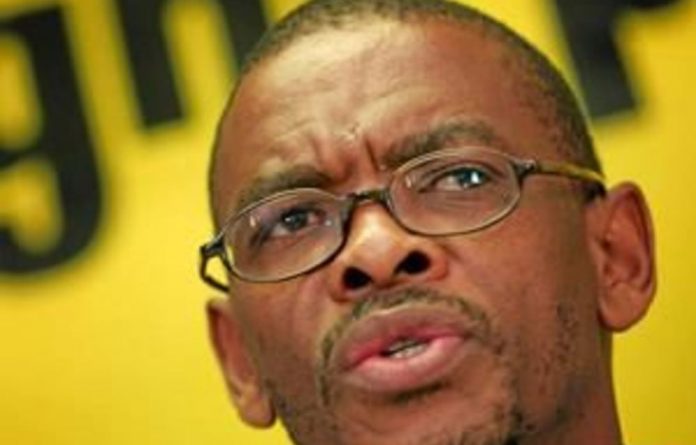 The Cabinet has been warned that poor service delivery poses a security risk for the country.

The Mail & Guardian has obtained a secret Cabinet memo, which outlines the dire state of provincial departments and explains in detail why it decided to take control of provincial finances.

Over the past few years there has been an increase in the number of violent service delivery protests across the country. “The no delivery and slow delivery of services poses a security risk for the country,” said the memorandum. “This intervention should mitigate this risk.”

President Jacob Zuma’s Cabinet announced on Monday its decision to intervene in the provincial governments of the Free State, Gauteng and Limpopo, following concerns about the state of financial management and governance in these provinces.

The national government is also planning to beef up security for Cabinet ministers and senior national officials assigned to resolve the financial crises in provincial departments.

“There is a serious security risk for national officials or officials appointed by national government assigned to work with or in the province in terms of these interventions,” reads the memorandum, which is marked “secret”. According to the memorandum the intervention will be the responsibility of the relevant national ministers.

While the Cabinet intervention was welcomed by many as a positive sign of Zuma’s commitment to deal with corruption, some have questioned its timing coming on the eve of the ANC’s provincial conference in Limpopo next week. This week ANC Youth League spokesman Che Selane claimed the Cabinet’s decision was aimed at reducing the confidence of ANC members in the current leadership of Premier Cassel Mathale.

A senior Limpopo ANC leader questioned why, in the case of Limpopo, the Cabinet had decided to take over its administration, while bailing out Ace Magashule’s Free State provincial government, which, he claimed, was in a far worse financial mess than Limpopo.

In its memorandum the treasury lambasted Magashule for failing to control the province’s financial system and management, which may result in the provincial government overspending its budget by R2.6-billion by the end of the 2011-2012 financial year.

‘Political agenda’
The Free State government, according to the Cabinet memorandum, has also accumulated unauthorised expenditure of R739-million. The treasury has criticised Magashule’s government for authorising unbudgeted road projects amounting to R4.2-billion.

Some ANC leaders pointed to a statement posted on the party’s national website this week, which stated that eight departments from Limpopo and the entire Free State provincial government had been placed under administration, as an example of a political agenda. That was wrong and it has since been removed.

“It is clear from the statement that the matter was first discussed at Luthuli House before it went to the Cabinet,” said an ANC leader.

Approached for comment this week, ANC spokesperson Jackson Mthembu said that the statement was a mistake and blamed junior communications officials for putting inaccurate information in a statement, which presented him as the author.

“I gave somebody information, but he wrote wrong information,” said Mthembu. “We issued a statement to correct that.”

According to a document prepared by the provincial treasury, Limpopo was not the only province overdrawn.

The document claims that by end of the 2011-2012 financial year, Limpopo would rank fourth in terms of its overdraft position, coming in behind Gauteng, which is expected to reach R4.031-billion, KwaZulu-Natal (R3.378-billion) and the Eastern Cape (R3.129-billion).

The treasury said its intervention in the provinces was motivated by widespread financial management failure, including inadequate cash management, budget implementation and supply-chain management.

In an interview this week Limpopo’s head of finance, Nerulal Ramdharie, denied that the provincial government was in a financial mess.

He said the province had approached the national treasury to increase its overdraft limit by R1-billion because it was instructed by treasury in September to make back payments relating to salary increases.

“The back payment had a financial implication for the provincial government. It was 1.3% higher than what was budgeted for. Initially we were told to budget 5.5% for salary increases. At the end it was 6.8%, which cost us between R200-million and R300-million,” said Ramdharie. He said that, although the treasury had adjusted the budget, the provincial government had still not received the difference.

Ramdharie also complained that the occupation specific dispensation, which was introduced by the national government as a means to retained skilled employees within the public sector, was responsible for overexpenditure.