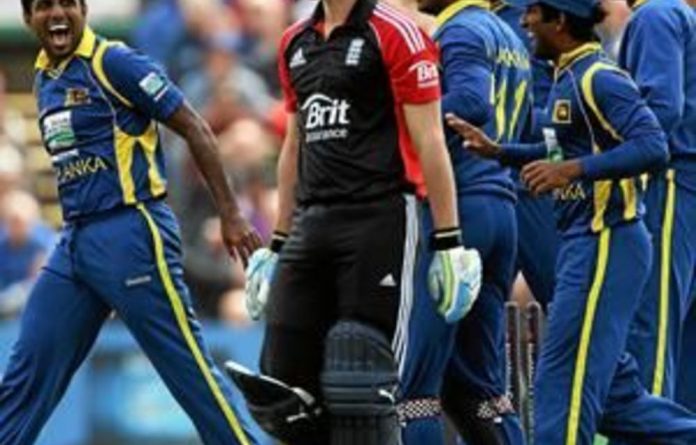 One of the most significant moments in professional cricket history may have occurred — and it looks like it might even have been inadvertently.

When Graeme Smith and AB de Villiers spoke out in support of the unpaid Sri Lankans they did so with the best intentions. They have both come to know and regard such gentlemen as Kumar Sangakkara and Mahela Jayawardene as personal friends through contact in the Indian Premier League and they found it “appalling” that they and the rest of the national squad had not been paid since the World Cup in April.

But, by speaking out publicly through their body for players, the South African Cricketers’ Association, they crossed a Rubicon in player-administrator relations. Whereas administrators have increasingly given themselves licence to fight personal battles for private agendas in public, players have been expected to behave like Victorian schoolchildren, speaking only when spoken to.

Certain players have tried to stand up for their rights, but they have invariably ended up standing in the corner of the classroom with their noses against the wall. Former West Indies captain Chris Gayle is the latest example, although such an image of the fiercely proud Jamaican is hard to countenance. Nonetheless, he was playing domestic T20 cricket in Zimbabwe last week rather than for West Indies against India.

Smith, De Villiers and the association did something unseen or heard of in modern times. They voiced their support for colleagues from a different country. Gayle has plenty of support around the world, but no active player is prepared to say so openly. So, why were the comments from Smith and De Villiers so powerful?

The possibility of a strike was never mentioned, but the implication was deliberately evident. “That was never discussed and was never the intention of the players,” said Tony Irish, chief executive of the association.

But examples of international teams showing such obvious solidarity have been nonexistent in recent decades. As long as their own houses have been in order and they have been paid, international cricketers have tended to look with silent sympathy at less-fortunate colleagues from other nations.

The public nature of the South African players’ stance in support of the Sri Lankans was unique — but it will not be so for long. The seal on the box of silence has been broken and the fear of administrators that has rendered angry and frustrated cricketers impotent is fading very, very fast.

Tennis and golf have already experienced their revolutions, resulting in the demolition of outdated and amateur administrations that treated players as nothing more than worker ants in a giant, complex structure of tournaments, sponsorship and advertising revenue and unworkable playing schedules — and a low percentage of prize money.

The results were that the ATP and the PGA — administrations both featuring the word “professional” in their names — recognised the importance of the players to the success of the sports above that of the sponsors and spectators. And think about this for a moment: How many top-level administrators of these two sports can you name, let alone do you read about on a regular basis in the newspapers?

That is because they understand their role; the sport is not about them. They serve the sport and the players and work with independent directors on a board on which the players are well represented. They, too, can qualify for bonuses, but these are determined by an independent committee that assesses the success of a tour and the value the administrators have added. They do not appear on podiums, do not attract publicity instead of the real stars and certainly do not pay themselves additional bonuses without input from the appropriate finance committee.

It is time for Cricket South Africa to lead, finally. Constitutions and committees have been drawn and formed over and over again.

It is time for the real world to dawn. If the self-serving men in charge right now cannot, or will not, see the future, then a messy civil war lies ahead.

The late journalist Peter Roebuck was not right about everything; far from it. But he said, in one of his last conversations about the state of the game before he died: “The players of the world have become professional. The administrators have not. There is mutiny in the air and there can only be one winner. Hopefully they can still work together. But the players will hold the fort.”

Barely a fortnight ago an extraordinary meeting took place in Nyon, Switzerland. It involved representatives from about 60 players’ associations from more than a dozen sports around the world, from Europe to Africa and the Far East. Cumulatively they represented more than 150 000 elite athletes.

That is a lot of power. Just imagine if — and when — they speak with one voice. The meeting took place over just two days, November 14 and 15, yet a common declaration was signed by every delegate.

No longer will amateur, self-serving administrators have their time in the sun and fingers in the cookie jar. The tide has turned.

Smith and De Villiers had little idea of how their statements would be interpreted. But just a couple of years ago they would never even have contemplated making them. Change is hardest to see by those closest to it.