Wherein lies the truth about CSA? 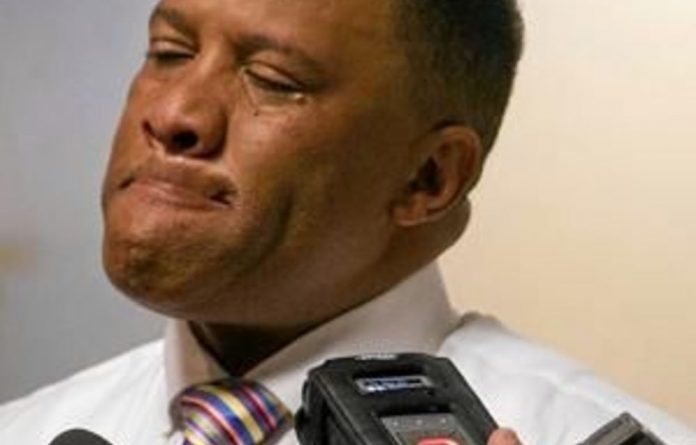 At times the ministerial committee hearings into the affairs of Cricket South Africa (CSA) over the past three weeks seemed like an awful South African remake of Japanese director Akira Kurosawa’s thriller Rashomon.

With evidence given to the committee, including completely contradictory versions of events surrounding alleged undisclosed bonuses paid to the cricket body’s administrators for South Africa hosting the Indian Premier League (IPL) in 2009, it is easy to dwell on the effects of personal subjectivity of memory, which Rashomon explores through four divergent accounts of a rape that occurs in the film.

But the more cynical South African sports fans must be musing on a much simpler question: who is lying the most?

On Tuesday CSA’s chief executive officer Gerald Majola took the stand to defend himself against allegations that he had not disclosed to his board bonus payments of nearly R1.8-million. A tearful and emotional Majola said he had felt no need to disclose because of a precedent set by former cricket boss Ali Bacher, who had received a R5-million bonus after the successful hosting of the Cricket World Cup in South Africa in 2003.

Bacher swiftly released a statement saying his bonus was a matter raised and approved by his board, of which Majola was a member at the time, and that there was no precedent.

Bacher is likely to give evidence when the committee resumes its investigation on January 16 next year.

Majola also admitted to the committee, chaired by retired judge Chris Nicholson, that, although he had not declared his bonuses in writing to the board, as required by the Companies Act, he had notified a meeting of the 11 provincial union presidents of the bonuses in July 2009.

CSA’s then-president, Mtutuzeli Nyoka, in previous evidence said that was not a disclosure but was rather “mentioned in passing”.

According to auditors KPMG, who investigated the bonus scandal and pored over both the cricket body’s meeting minutes and audio recordings, this was done as an “afterthought” and was considered “not enough disclosure”.

‘Played no part’
KPMG’s Herman de Beer told the committee during its first sitting last month that a few weeks after the members’ meeting CSA’s board sat on July 30 2009 and “there is nothing said [by Majola] about [the bonuses] in that meeting”.

Majola also told the committee, contrary to evidence given by his then-chief financial officer Don McIntosh, he had personally played no part in divvying up the R2.7-million bonus pool among staff.

Majola had called for McIntosh’s evidence to be “dismissed”.

McIntosh has provided the committee with correspondence between him and the chief executive supporting his version of events.

So who is lying?

To figure that out is a problem that Nicholson admitted to in a press conference on Wednesday. The committee’s terms of reference do not include cross-examination opportunities — something Nicholson described as “the finest engine ever invented for the discovery of truth”.

In its absence, Nicholson said his committee would “evaluate the various oral submissions in a way that would be valuable to the minister” and wade through the mire to “find facts that speak for themselves from documentation provided”.

The documents, then, will hold the key to an appraisal of Majola’s guilt or innocence.

But that merely caters for the narrow ambit of the committee’s terms of reference — to investigate any wrongdoing on Majola’s part. It is also tasked with, more broadly, making recommendations to Sports Minister Fikile Mbalula on the cricket body’s functionality and what is needed to “return integrity to the sport”.

Taking action
This will be much harder, especially since the body will have to decide on what action, if any, must be taken once Nicholson has made his recommendations to Mbalula.

Nicholson admitted that any follow through on recommendations was still “limited by the statute — government is government and sport is sport and cricket is a private organisation”. In a worst-case scenario the government can withdraw funding and the cricket body can be deregistered if it is found to be dirty and refuses to clean up its act.

But is there a sincere compulsion to clean up what appears to be a rotten organisation? Over the past three weeks, CSA’s administrators have taken a stand at the ministerial committee with a common defence of Majola being “a cricket man” who had acted not out of personal greed but because of “naivety”. Every one of them, including president Abdul (AK) Khan, has said that, although the body was a section 21 company, “this is not the corporate world” and different rules should apply to Majola.

Evidence so far suggests that there is a lot wrong with cricket administration in South Africa. The corporate board had its articles of association changed in 2010 to almost double in size by including all 11 provincial presidents. There have been suggestions that this ensures a majority for the chief executive and consolidates his power, as he can potentially play off provincial interests over hosting the Proteas’ matches and tempt members with payments and other carrots.

Furthermore, evidence suggests that development in black communities is in disrepair. This, coupled with the fact that the majority of black players who make it into the Proteas Test and One-Day sides come through established cricketing schools systems — Hashim Amla went to Durban High School and Makhaya Ntini to Dale College — suggests that cricket is not reaching poor communities.

There is also a culture of opaque self-entitlement that appears to accompany those who work in cricket. Nyoka told the committee that Majola, when refusing to divulge his interests, compared his situation with Proteas captain Graeme Smith’s undisclosed salary.

De Beer also told the committee about an incident involving CSA’s spokesperson and sometimes commentator, Kass Naidoo, who compared herself to Smith when suggesting she did not have to disclose bonuses: “But I am in the same league — I am a celebrity because I am linked to cricket,” is what Naidoo apparently told De Beer.

The Nicholson inquiry will have to ask why these “cricket people” are in their jobs?

CSA’s response will reveal its answer to that question.