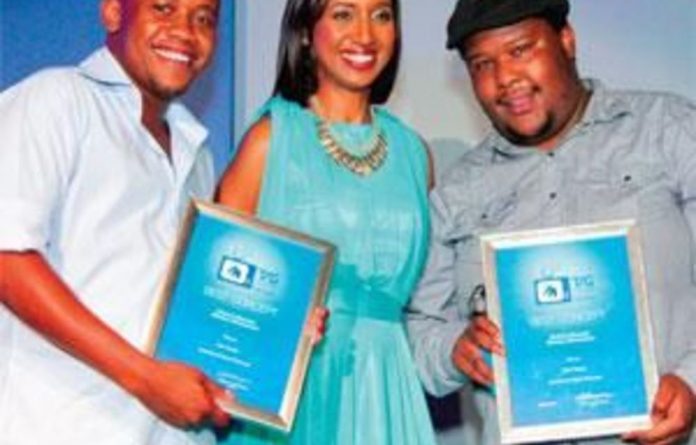 Young people took centre stage at M-Net TAG, formerly known as the M-Net Vuka! Awards, from being the inspiration for many of the winning TV ads to being behind the making of them.

Like its predecessor, M-Net TAG rewards and nurtures South Africa’s filmmaking talent while providing vital exposure to social causes and charities via Public Service Announcements (PSAs) which are aired for free on M-Net and its channels across Africa.

So, why and how has Vuka! evolved into TAG? “We decided to rename the M-Net Vuka! Awards, to the M-Net TAG (Television Awards For Good) to underline our fresh new approach to this important M-Net Cares initiative,” says Koo Govender, M-Net Director: Corporate Marketing and Communications.

“We have broadened the parameters, while using the power of television to do something good for society. M-Net TAG has kept Vuka’s heart in the way it creates awareness for worthy causes, but M-Net Cares is taking these industry awards to the next level with a much stronger focus on developing and mentoring new talent. We want to assist in building a future community of diverse voices with confident creatives from different backgrounds who are equipped to take the South African advertising, film and television industry to new heights in line with the latest worldwide trends,” she said.

This year also sees a change in categories. The professional and newcomer sections remain but the new TAG 10 initiative is an exciting platform for young “wannabe” copywriters, art directors, producers and directors to break into the industry with the mentorship of experts in the field. While the newcomer group is open to students or any person who is not a professional, the new TAG 10 category invited entries from film or advertising school graduates, aged 20 to 27, with less than five years’ experience in their field and who needed “a real break” in this competitive industry.

The winner of this inaugural award is a film called The Trade, which focused on child trafficking. A United Nations Children’s Fund (Unicef) report has revealed that in South Africa children are trafficked at twice the rate of women and that trafficking is third, behind only drug and gun running, in generating profits for organised crime.

The hard-hitting message is that if you give money to children at the side of the road you are only benefiting the kingpins behind this lucrative trade. Rather support a recognised charity such as Child Welfare (Alberton) for whom the PSA was made. Producer Rethabile Ramaphakela and The Trade‘s winning team won a trip to the Cannes Film Festival and Cannes Young Lions for taking the top spot.

“The concept came after watching a Carte Blanche insert on human trafficking; we felt that it was also our responsibility to bring more awareness of this problem to the public. The exploitation of children as a form of human trafficking is not given much attention in the news media, which tend to focus more on the sex trade aspect of human trafficking. This ad doesn’t ask for money, it asks the audience not to fund the people who are profiting from these children’s lives,” Ramaphakela said.

Winner in the newcomer category this year — the University of Pretoria’s Draw With Me — also focused on another growing trend, suicide among adolescents. This is on the increase in South Africa with statistics showing that on average 9% of deaths in young people, especially black youth, are due to suicide. Fatal suicides are only one part of the equation. For every one fatal suicide, there are 20 suicide attempts.

Hit — winner of three awards in the professional category and made by 140 BBDO/The MAL Foundation — focused on how sport can change the lives of disadvantaged youth in this country. A chance meeting between Peter Hall, vice-president of the Blaauwberg Baseball and Softball Club, and 140 BBDO’s Mike Schalit and Ivan Johnson led to the award- winning entry.

One minute Hall was telling the ad men about the baseball development programme he was running with township youngsters in Du Noon in the Western Cape, the next minute they were on a mission to inspire the country.

Schalit enthuses about the graphic power of film to change perceptions. “You see this young man in the township wielding a baseball bat, you run for cover, yet he is only on his way to practice. Man, that is real. Not only does this redefine your perception but it makes a difference on the ground.”

The overall winner in the professional category and one that stole the audience’s hearts on the night was Velocity’s Films beautifully crafted film Leila, which promotes organ donation. This moving, simple and elegant PSA , directed by Tristyn von Berg, for Lowe Bull Cape Town, earns a place in the M-Net TAG! Hall of Fame, a permanent installation at M-Net’s Randburg offices.

It is industry goodwill that underpins the huge success of M-Net TAG each year. While M-Net and DStv donate millions of rands of airtime, the estimated cost contributed by the industry to making the TAG entries is more than R100-million a year. Professionals donate time, equipment, facilities and experience from their own resources.

The top 30% of commercials entered into the 2011 M-Net TAG will be broadcast on M-Net and its channels.

For all the details of the winners, and to view the winning PSAs, visit http://tag.mnet.co.za.