New ICC war crimes prosecutor up for a tough time 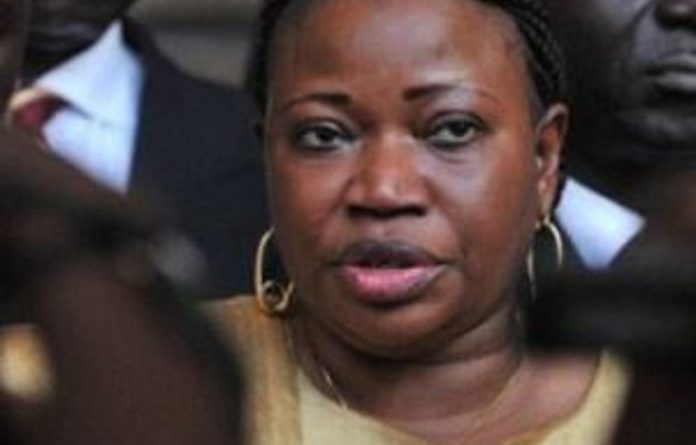 Gambia’s Fatou Bensouda will on Monday be formally elected chief prosecutor of the International Criminal Court (ICC) as the hunt for war criminals and genocidal masterminds becomes increasingly political.

Bensouda will be the only name put to the 120 member states in the election at the UN headquarters and the fact that an African will become the public face of the court has been hailed as an added bonus as its workload grows — almost exclusively on the continent.

Currently the ICC deputy prosecutor, Bensouda will take over in June 2012 from her superior Luis Moreno-Ocampo, the outspoken Argentine who has blazed a legal trail with warrants against the likes of Sudan’s President Omar al-Bashir and the late Libyan dictator Muammar Gaddafi.

African nations frequently complain that the ICC has unfairly targeted them — all seven cases investigated by the court are in Africa — and the African Union pointedly pressed for Bensouda’s appointment.

“I am working for the victims of Africa, they are African like me. That’s where I get my inspiration and my pride,” Bensouda said in a recent interview at The Hague, where the court is based.

Richard Dicker, Human Rights Watch’s international justice specialist, said that in its first decade of existence, “the ICC profile has been lifted on the world stage to a new level”.

He added that “as governments have recognised the role of the ICC in crises and conflicts, some have treated the court as an instrument to be invoked to achieve certain political ends”. Dicker said this is growing and will test the mettle of the new prosecutor and judges who will also be elected in New York this week.

On the other hand Stephen Lamony, an Africa specialist for the Coalition for the ICC, a group of non-government groups that back it, said Bensouda’s appointment may not increase the court’s acceptance within the continent.

“There are issues that different states have”, he said. “The fact that the next prosecutor comes from Africa will make it more difficult for her, because she will face different pressures”.

Some African nations have pressed for the UN Security Council to suspend the genocide action against Sudan’s president. Kenya lobbied fiercely against the investigation into its unrest in 2007-08. Libya’s handling of the son of Gaddafi, Saif al-Islam, will become a quick test of the court’s authority.

Pressure from major powers
The pressure also comes from major powers. The United States, China and Russia all try to influence the court to varying degrees even though they are not members, diplomats said.

Christian Wenaweser, Liechtenstein’s ambassador to the United Nations who will stand down this week as president of the assembly of ICC member states, said the Rome statute, which created the court, defends the prosecutor.

“We, as the states parties, are all the defenders of that law”, he said. “That is what gives the protection to the office of the prosecutor”.

Wenaweser said that as Africa already has more state members of the ICC than any other continent, there is already large acceptance. But he acknowledged that it would be “helpful” for the prosecutor to come from the continent.

“It clearly has a political impact”, Wenaweser said of the prosecutor’s work in having to get governments to cooperate when their leaders are often the target.

“It is certainly work that has a political effect as we see now on a day-to-day basis. That is certainly one of the big challenges for the incoming prosecutor to strike the right balance there”, he said. — AFP