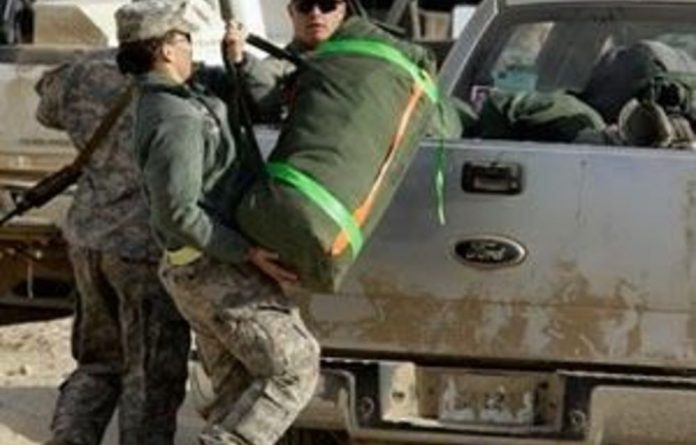 Nato will end its seven-year troop training mission in Iraq at the end of December, the alliance said on Monday — a move that will coincide with the withdrawal of US troops from the country.

The decision follows US President Barack Obama’s announcement in October that US troops would go home at year-end after talks to keep thousands there as trainers fell apart over Washington’s condition that US forces should have immunity from prosecution in local courts.

A statement from Nato Secretary-General Anders Fogh Rasmussen said the decision to end the Nato mission launched in 2004 was taken at a meeting of alliance ambassadors in Brussels.

A Nato official said the talks with Iraq ground to a halt over the same issue of jurisdiction.

“Agreement on the extension of this successful programme did not prove possible despite robust negotiations conducted over several weeks,” Rasmussen’s statement said, while adding that Nato remained committed to future cooperation with Iraq.

Cooperation
He said Nato’s mission to help develop a more sustainable, multi-ethnic security force had trained more than 5 000 military and 10 000 police personnel in Iraq over the past seven years.

Nato also provided courses for nearly 2 000 Iraqi staff in Nato countries and more than €115-million worth of military equipment and €17.7-million in trust fund donations for training and education at Nato facilities.

“We are determined to build on the success and the spirit of our training mission to further strengthen our partnership and political relationship with Iraq so that together we can continue to contribute to regional peace and stability,” he said.

A Nato official said future cooperation could include more out-of-country training that did not involve troops in Iraq. He said an average of about 100 Nato trainers had been based there.

“Our minimum line was that if we are asking our people to live and work in another country, we need to maintain our own jurisdiction over them,” he said. “It wasn’t possible to agree that.”

US troops in Iraq are scheduled to leave by the end of the year, when a bilateral security pact expires, nearly nine years after the US invasion that ousted President Saddam Hussein.

US officials had asked for about 3 000 US troops to stay in Iraq, but the Iraqi government did not have the political capital to push any agreement on immunity through Parliament.

About 200 US trainers will be attached to the US embassy’s Office of Security Cooperation in Iraq and 700 civilian trainers will help Iraqi forces train on new US military hardware they have purchased, such as F-16 fighters and Abrams tanks.

Violence in Iraq has fallen sharply since the height of the sectarian killings in 2006-2007 but a fragile power-sharing government still struggles to balance the interests of Shi’ite, Sunni and Kurdish political blocs. — Reuters