Women are the vulnerable HIV link 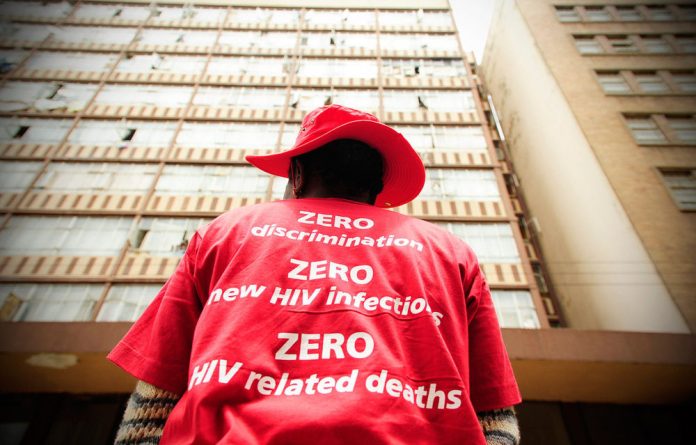 The largest portion of the global burden of HIV infection is shared by sub-Saharan Africa. But because of the availability of life-saving drugs, more and more people are now living a healthy life with HIV.

In 2009 about 34% of HIV-positive people worldwide were living in 10 countries in Southern Africa; 40% of all women infected with HIV live in this part of Africa too. South Africa bears the brunt of the infections, with almost 5.6-million people infected with HIV in 2009.

In South Africa, KwaZulu-Natal is the region with the highest number of people infected with HIV, and young, unmarried women remain at high risk. The province is the epicentre of the HIV epidemic in South Africa, if not the world. Most other countries have key populations that drive the epidemic, for example, HIV disproportionately affects drug users who inject their drugs, men who have sex with men, and sex workers. But in South Africa we have a generalised epidemic in which one in five people in the general population is likely to become infected with HIV.

There have been many studies to understand the risk factors associated with the high rates of infection. Such factors include multiple and concurrent partnerships, being young and unmarried (especially women), poor use and acceptability of condoms, a lack of circumcision and migrant labour, among others.

Prevention efforts have been successful to a certain extent. These include HIV-prevention education, extensive programmes in preventing mother-to-child transmission, the roll-out of male circumcision programmes (which have been found to be effective in preventing female-to-male transmission of HIV) and voluntary HIV counselling and testing (people who know their status are likely to behave responsibly).

However, we are still dealing with issues of stigma and disclosure. Until we address these, we are unlikely to reduce the burden of infection at a community level.

Studies among discordant couples — in which one partner is HIV positive and the other HIV negative — and in which both know their status have shown tremendous success in reducing infection. A 94% reduction in infection is achieved when HIV positive partners are treated early, irrespective of their CD4 count.

If, through the counselling and testing programmes, we are able to contact the partners of HIV-positive or negative individuals, counsel the couple on disclosure and address stigma in the community, we would probably make great strides in managing the HIV pandemic. A supportive and non-discriminatory environment is required, with appropriate, integrated HIV prevention, treatment and care.

Reducing the number of new infections among young women is proving to be challenging. Numerous interventions and research into both behavioural and biomedical prevention have not been successful. The success of the tenofovir gel, which showed a 39% effect in reducing HIV infections among women in the so-called CAP004 trial by the Centre for the Aids Programme of Research in South Africa (Caprisa), has disappointingly been marred by the recent outcome of a larger vaginal and oral interventions trial, known as Voice, of the same product. Recent results showed that the tenofovir gel, in fact, had no effect on HIV among women.

Scientists still need to understand the reasons why Voice was not able to show the same effect. The CAP004 trial showed an estimate of 39% reduction of HIV, with the true effect, explained through statistics, lying anywhere between 6% and 60%. In Voice the results appeared to be closer to 6% and below.

In South Africa there is another trial named Facts001 (follow-on consortium of tenofovir studies), in which about 2100 women are expected to participate. The aim is to confirm the CAP004 study. In the event that a positive result is obtained in which 1% tenofovir gel indeed prevents HIV, collective data from all three studies will be used to initiate the regulatory approval process. Given the research timelines, we would expect tenofovir gel to be approved by 2016.

These findings are in contrast to other trials among discordant couples and men having sex with men, which showed that taking oral ARVs could prevent HIV acquisition.

Further analysis of the data from both the Fem-PrEP and Voice trials will provide us with a better understanding of why using oral ARVs for prevention works in some populations, but not among women alone.

It is blindingly clear that we need a holistic approach to HIV in South Africa through an integrated, non-discriminatory programme of prevention, treatment and care at the community level.

In commemoration of World Aids Day, we look at the latest news, features and multimedia on some of Africa's deadliest diseases. View our special report.