A galaxy of possibilities 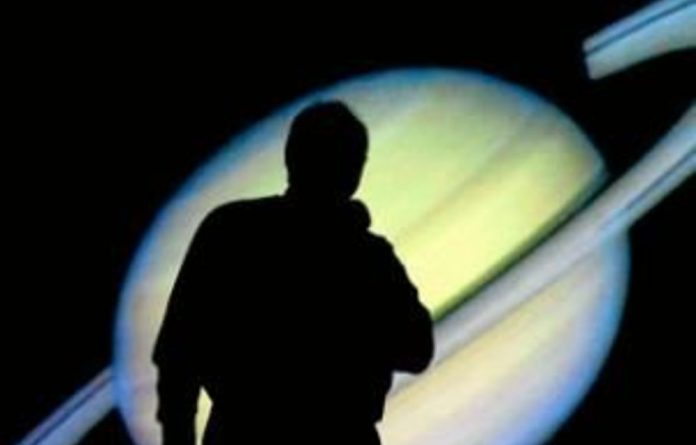 Teachers can learn to embrace personal growth and change by studying the universe, according to award-­winning astronomer and ­motivational speaker, Professor David Block.

Nearly 1 000 teachers from schools in Gauteng took time from their recent school holiday to listen to him deliver one of his ­inspiring talks in the University of the Witwatersrand’s Great Hall.

In a 90-minute lecture ­organised under the auspices of the ­university, the Sci-Bono Discovery Centre and the Gauteng department of ­education, Block said the ­physical laws of the universe contain ­pivotal ­lessons for teachers’ ­progress through life. Studying the laws of the ­universe will lead to a “unique ­learning ­experience linked to growth, ­management of change, security and peace of mind — all insights drawn from the worlds of ­astronomy, ­cosmology, aeronautics, chaos theory — and much more”.

Studying the laws of the universe can increase teachers’ self-esteem and encourage greater levels of accountability and teamwork.

Translating these “­astronomical truths” creatively in a classroom situation can motivate learners and make a significant impact on their academic lives.

Agents of change
Block drew generously on his vast knowledge of the universe to ­motivate teachers as they ­prepared pupils for the final phase of the academic year. He said he strongly believed that teachers were “agents of change” and could learn great ­lessons from “the ­physical laws of the ­universe” to make a ­significant impact on their ­learners’ academic lives. He also holds the view that teachers must adopt a ­positive ­attitude so that they are able to unlock their pupils’ full potential.

Before he started his talk, lights in the hall were switched off, revealing a cinema-type screen that went live, beaming breathtaking ­astronomical photographs, with music ­playing softly in the background. An ­atmospheric mood descended on the hall and with a cordless ­microphone in his hand, pacing about the stage, Block deftly took his spellbound audience on a “voyage of space discovery and self-discovery”. The “outer space”, he said, is vital, as it enables teachers to develop their own inner spaces.

He said: “Every child is a star. I have never met a child who is not a star. Whether bright or faint, big or small, a star is a star — What you need to do as a teacher is to help the child to scratch deeper for more meaning; to allow that child to explore and realise its own ­incredible potential.”

Block continued: “As a teacher you must steer clear of negativity; do not allow a tiny rock of ­negativity to eclipse your work or career”, ­adding that “you must not allow your past to strangle your future. Be the ­greatest star in your classroom.”

He also stressed the importance of self-belief, saying: “Always try to ­listen to a different small voice within you instead of the herd — public — voice.” To reinforce the point he used the David ­versus Goliath analogy, saying most ­people did not think David could bring down the physically imposing Goliath. But contrary to the herd or public voice, David brought Goliath down.

Listening to the herd
Sharing a personal anecdote, Block said before he submitted his first research paper to the renowned ­international scientific journal Nature, he was told he stood little chance of having it accepted. This did not deter him. “And because I was confident I submitted it and in the end it got ­published. But if I had listened to the herd I would not have bothered to send it,” he said.

Today his work has been ­published twice in the ­journal.

He encouraged teachers to be ­confident and always believe they can realise their dreams. Block was just the right choice to pep up the ­teachers, given his achievements. At 19 he was elected a fellow of the Royal Astronomical Society of London and the following year his first research paper on “Relativistic Astrophysics” was published, also by the society.

In 2006 he received the University of the Witwatersrand’s ­highest research accolade: the Vice-Chancellor’s Research Award. Block’s research and his team were acknowledged by the American National Aeronautics and Space Agency in a special press release in Pasadena in 2009.

So inspiring was Block’s talk that teachers mobbed him, either to shake his hand or to ask if he could visit their schools to motivate ­teachers and learners.

David Block is the director of the Anglo American Cosmic Dust Laboratory at the University of the Witwatersrand.