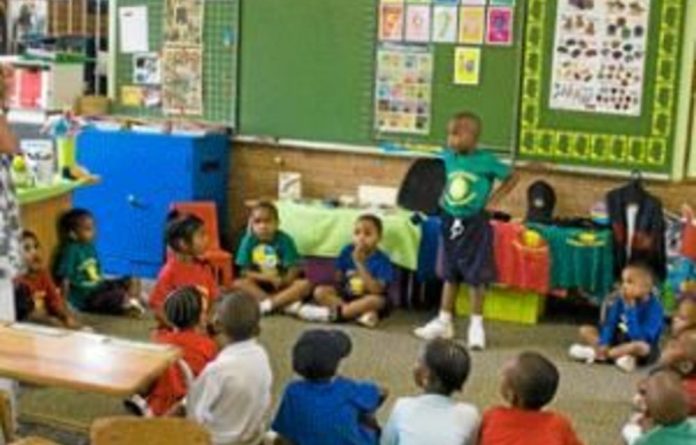 Next year marks the implementation of the ­curriculum and assessment ­policy ­(Caps) introduced by the ­department of basic ­education ­primarily to address ­teachers’ ­concerns that the existing national ­curriculum is too broad and ­cumbersome to implement.

The revamped policy is the ­product of a pruning exercise carried out by a team of experts appointed by minister Angie Motshekga. Announcing the details last year, Motshekga said the key element of the new ­curriculum would be that “every ­subject in each grade will have a ­single, ­comprehensive and ­concise policy document that provides details on what to teach and assess on a ­grade-by-grade and subject-by-­subject basis”.

One of the benefits is that teachers will spend more time in the classroom instead of attending to administrative and other office-based duties as the existing curriculum dictates.

According to the department of basic education changes to the curriculum relate to sequence and method, while the content remains fundamentally the same. Aspects that have been done away with include, among others, student portfolio files and common tasks of ­assessment, while the number of projects required from students and the number of ­subjects in the intermediate phase have been reduced. Requirements have been set out for a single teacher file for planning. Abandoned are the use of terminologies such as “learning areas and programmes”, in favour of “subjects”.

Also introduced are annual national assessments in which grades three, six and nine pupils take ­external language and mathematics tests. The tests are meant to measure the progress of a pupil’s achievement, particularly in ­numeracy and ­literacy, and to highlight areas in which ­learners need intervention.

The department said the changes would go a long way towards “­strengthening implementation of the curriculum” and improving the quality of teaching in schools.

The new system will be ­implemented from January next year in grades R to three and in grade 10. In January 2013 it will be implemented in grades four to six and grade 11 and in January 2014 in grades seven to nine and grade 12. There will be new timetables for the foundation and intermediate phases and new textbooks for all grades.

With the requirements and ­content mapped out, the next ­important step is training to ensure that ­teachers are adequately prepared to teach the new ­curriculum next year.

The ­department of basic education said preparations for teachers have started and most provinces used the June and September school ­holidays, including weekends, to ­prepare teachers.

But, as was the case in the past when teacher training was a ­prerequisite for most programmes to succeed, some education experts and teacher unions are doubtful whether provinces can deliver on this task. They said most provinces, with the exception of Gauteng and the Western Cape, have serious capacity and resource ­constraints that prevent them from delivering on key education projects.

They cited, among others, quality management systems, ­outcomes-based education and ­quality learning and teaching ­campaigns, all of which had basic limited success because provinces failed to conduct regular and structured teacher training.

Curriculum statement still has some loopholes

Although considerable ­consultation has gone into the curriculum and assessment policy statement document, and on the whole its changes have been ­welcomed by the broad education community, some gaps remain.

Grussendorff finds the document helpful in that it cuts out a lot of the content that was in the previous ­physical science curriculum, which was found by numerous studies to be overloaded.

“The curriculum and assessment policy statement document is much shorter and the language used is generally more accessible and the clarification of content in the ­document has been important.”

However, where the ­previous curriculum ­left teachers to design their own ­practical activities and ­assessment tasks, the new ­document ­prescribes these very specifically. But not enough guidelines are given for some of the tasks. Furthermore, some of the ­equipment needed is very unlikely to be ­available in most schools, let alone in ­under-resourced schools.

Teacher unions, ­consulted before the curriculum and assessment policy statement ­document was drawn up, said ­members were generally happy with it.

Although the numbers were low — only 53 teachers responded — by and large ‘there’s a huge ­buy-in”, she said. ‘I have no doubt it’s ­helpful. I don’t think it’s ­perfect. Maybe we’ve ­succeeded and maybe we haven’t, but time will tell and it will be fixed in the ­process. We’re 90% there to ­making it perfect.”
There are, however, some ­concerns, largely centred on sequencing and training.

For many teachers the ­document’s prescription of the sequence in which content must be taught will be a good thing, said Dr Gustav Niebuhr, head of ­professional support services for the Suid Afrikaanse Onderwysersunie.

But ‘it should not be ­compulsory for all teachers”, he said, ‘because experienced ­teachers might prefer to teach in a ­different sequence.” By ­expecting all ­teachers to ­follow the same sequence, he said, ‘you just kill all creativity” and ­’making ­everything uniform does not contribute towards education standards”.

Niebuhr was concerned that the document makes ­provision for only one mathematics and one physical sciences subject and both were extremely difficult. He would like to have seen an ­engineering-oriented version of both disciplines, as an option for learners who did not intend to go to university, and mathematics literacy for all learners.

Members of the National Teachers’ Union did not have a ­problem with the introduction of the policy, said Allan Thompson, the union’s deputy president and acting general secretary. He said the worry is that some provinces have not worked hard enough to ensure all teachers are aware of what is expected of them next year.

He said that even though subject advisers but not teachers had been trained, ‘we took a decision as an organisation to support all the initiatives of the department of education to try to build quality teaching and learning”.

The South African Democratic Teachers’ Union also participated in the review process, noted ­education officer Renny Somnath. ‘Ultimately what was suggested in the review was that we reduce the number of learning areas, now called subjects, and they talked about reducing the administrative workload. To an extent they have done that.”
The curriculum and assessment document is about ‘greater ­prescription, which is not a bad thing”, he said.

‘It basically gives you a detailed road map to follow. These are guiding documents, which have to be interpreted by the teacher. By the time it reaches the ­desktop of the learner it will have gone through a number of processes.

‘Readiness,” he said, ‘is a ­relative term. Until it starts to change the teachers’ practices it is another document that’s standing outside the classroom.” — Barbara Ludman