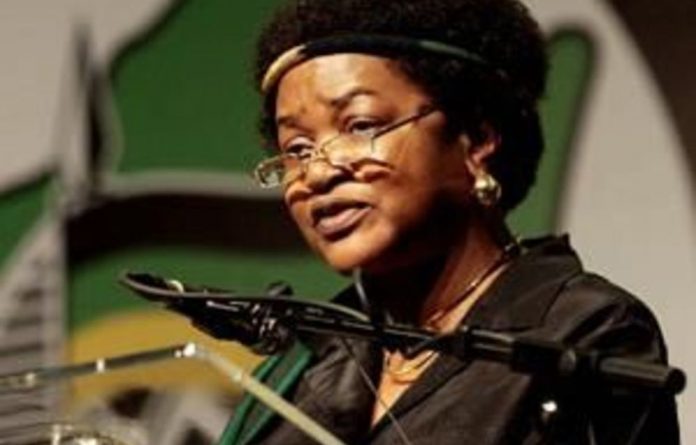 The African National Congress (ANC) is aiming to mobilise 100 000 people to participate in its centenary celebrations in Bloemfontein which will be attended by various heads of states and governments.

"Our preparations and readiness are on course in terms of ensuring that we mark this historic moment in the best deserved way by the people of South Africa," she said in a statement.

The three-day celebration will take place in Bloemfontein (Mangaung), Free State in January next year.

Mbete said the celebration would "kick-start" with a centenary golf day on January 6.

Centenary flame
On January 7, the ANC will hold a thanksgiving ceremony — an inter-cultural event and a centenary dinner hosted by President Jacob Zuma.

The dinner will be attended by various heads of states and governments and will culminate in the lighting of a centenary flame by Zuma, Mbete said.

January 8, the 100th birthday of the party, will begin with an inter-denominational church service, followed by the centennial address by Zuma.

Afterwards, the history of the ANC will be interpreted in song and dance performance.

Mbete said the ANC was calling on South Africans to join in the celebrations.

Historic significance
"We would like to call on all South Africans from diverse backgrounds to join in the mood, pride, accomplishment and celebrations. To us … the 100 years of the ANC is the heritage of the people of South Africa," she said.

"The importance and historic significance of this movement's centenary celebrations has been acknowledged by none other than the secretary general of the United Nations, Ban Ki-Moon."

"Among those invited in the country are the leaders of the tripartite alliance, eminent business people, the religious leaders, traditional leaders and sporting personalities," she said.

"We are also encouraged by the positive response we are receiving from leaders of the opposition parties in the country, some of whom have confirmed their attendance." — Sapa