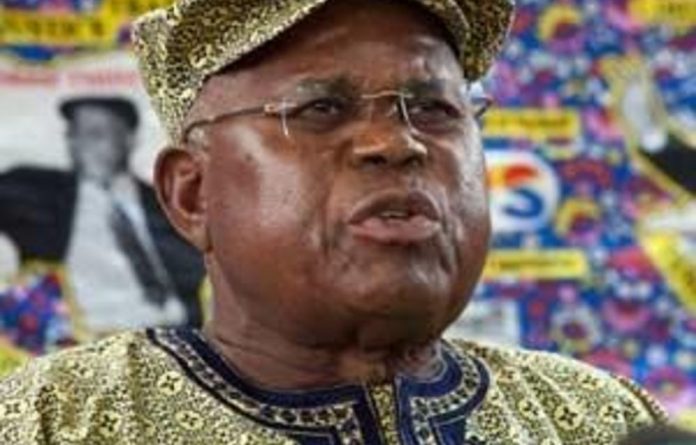 The European Union’s election observation mission in the Democratic Republic of Congo added its voice on Tuesday to mounting criticism of polls that handed President Joseph Kabila a new five-year term.

The Independent National Electoral Commission (CENI) on Friday declared Kabila the winner of the November 28 vote, provoking violent protests and looting in the capital and calls from opposition leaders for the international community to intervene.

The EU’s observer mission joined the Carter Centre and other election monitors in raising serious concern about problems in the vote count and the loss of huge numbers of ballots.

“The European Union’s electoral observation mission deplores the lack of transparency and irregularities in the collection, compilation and publication of the results,” it said in a statement.

The EU mission, which deployed 147 observers throughout the country for the polls, criticised the “chaotic” compilation of results, exclusion of observers and party representatives from compilation centres, and failure by some centres to publicly post their final results.

“Several polling station results published the night of the count and observed by our teams on the ground … do not correspond with those published by the CENI,” it said.

It also said officials had failed to count 7.6% of the roughly 64 000 polling stations nationwide, which it estimated excluded about 1.6 million people’s votes.

Results rejected
Of the 4 875 polling stations that were never counted, 2 020 were in the capital, Kinshasa, an opposition stronghold.

Kabila, in power since 2001, took 49% of the vote to 32% for his top rival, veteran opposition leader Etienne Tshisekedi, according to the CENI’s tally.

After the announcement, residents of opposition strongholds in Kinshasa burned tyres in the streets and threw stones at police, who used teargas and opened fire on alleged looters to put down the unrest.

At least four people were killed.

Tshisekedi immediately rejected the result and declared himself president.

The heavy security force presence in Kinshasa has largely smothered the unrest, but the country still faces a tense wait to see how the dispute will play out.

Many analysts had warned the elections, just the second since back-to-back wars from 1996 to 2003, risked unleashing new violence.

France warned on Sunday that the situation in the country was “explosive”.

The Catholic Church, which deployed about 30 000 observers nationwide, the largest monitoring mission on voting day, also questioned the credibility of Kabila’s win.

Results published by the CENI show unusually high turnout, with nearly all votes going to Kabila, at several polling stations in the south-east province of Katanga.

But Kabila defended the polls on Monday.

“Were there mistakes, errors? Definitely, like in any other election, be it on the continent or otherwise,” he told journalists.

“But does it put in doubt the credibility of the elections? I don’t think so.”

Mediators
A group of opposition leaders, including Tshisekedi and the third- and fourth-placed presidential candidates, issued a statement on Tuesday calling for the UN, the EU and the African Union to mediate the standoff.

“The main grievance is that the international community must help us find a solution to the conflict,” Jacquemin Shabani, secretary general of Tshisekedi’s party, said.

“The solution is that the truth of the ballot boxes must be respected. We’re the victims of an electoral hold-up by a man who has a violent military force that the opposition can’t confront.”

The opposition has hinted it may call for mass protests. But they would run a high risk of a violent crackdown.

Human Rights Watch says at least 18 civilians were killed in election-related violence on the last day of the campaign and voting day, most of them shot by Kabila’s presidential guard as they put down a Tshisekedi rally.

Police stopped opposition supporters from marching on Tuesday in the eastern cities of Bukavu and Goma, whose mayors had banned protests.

The Supreme Court, which is charged with hearing election disputes, is scheduled to name the official winner on Saturday. — AFP

His road to the presidency was anchored in contention and acrimony, and if his bid is successful, Alassane Ouattara will have ruled for two decades when all is said and done.
Read more
Opinion

Successes and failures from other initiative such as the European Union will be instructive, but much work must be done before the African Continental Trade Area becomes a reality
Read more
Africa

When South Africa eventually emerges from the fog of the Covid-19 crisis, will policy makers be ready to grasp the nettle of farm scale, and promote the large-scale redistribution of land to small-scale producers?
Read more
Africa