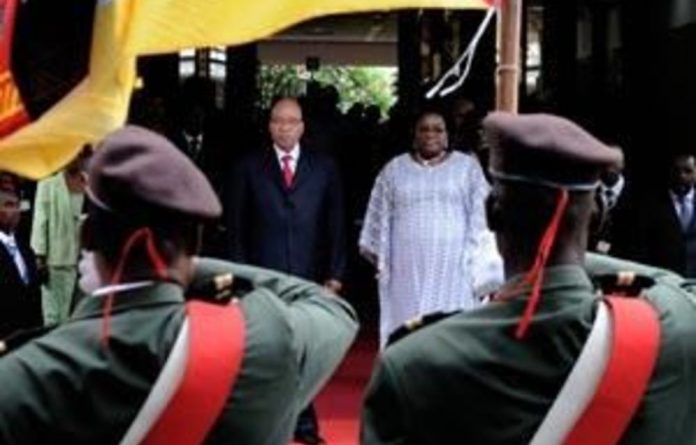 President Jacob Zuma and his Mozambican counterpart Armando Guebuza agreed on Wednesday to raise the status of the relationship between their countries, the presidency said.

“Relations between South Africa and Mozambique will soon be structured in the form of a bi-national commission chaired by the heads of state in the two countries,” spokesperson Mac Maharaj said.

The decision was taken during Zuma’s two-day visit to Maputo, when he was awarded the Freedom of the City.

It also saw the signing of agreements relating to regular diplomatic consultations and cooperation.

The presidents signed memoranda of understanding relating to forestry-based industries; cooperation in arts, culture and heritage for the next two years and cooperation around communications.

A fourth was signed with a third country, Tanzania. It related to maritime security cooperation between the three countries, which share much of Africa’s Indian Ocean coastline south of the Equator.

“[They] observed with appreciation that a lot of progress has been made in terms of advancement of political, economical and social cooperation between the two countries,” Maharaj said.

“[They] noted the increase in the trade volumes and investments between the two countries … [and] reaffirmed their commitment to continue working together to facilitate interactions of business communities.”

Key in this regard were energy, mineral resources, tourism, transport and communications, science and technology, and trade and industry.

On the sidelines of the state visit, a business forum was organised between the South African and Mozambican business communities, addressed by the two presidents. The forum explored further areas of trade and investment. — Sapa