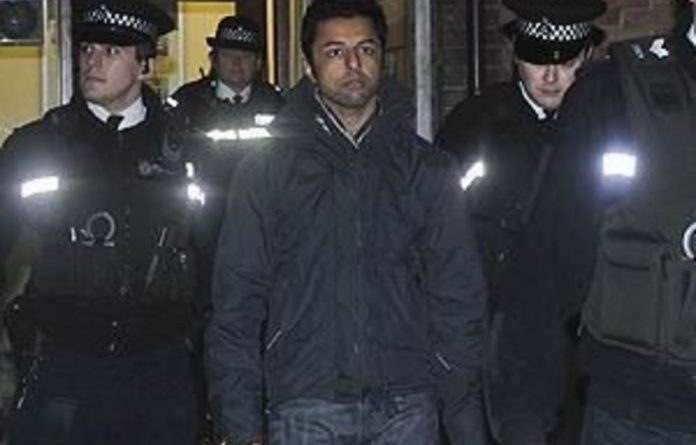 “Honeymoon murder” accused Shrien Dewani’s lawyers have told a British court that there is no free press in South Africa that would report on his fate if Dewani was harmed in prison here, according to the Times.

The newspaper reported on Wednesday that Dewani’s barrister, Clare Montgomery QC, had cited the minutes of a British parliamentary monitoring group meeting from August in making the claim about the state of press freedom in South Africa.

Montgomery was arguing in the high court in London that it would be “unjust” to extradite the British businessman Shrien Dewani to South Africa to face trial over the murder of his wife.

Dewani’s health and life would be at risk were he to be sent back to Cape Town, where he is accused of arranging the murder of his new bride, Anni, during their honeymoon, the court was told.

The home secretary, Theresa May, signed an order for Dewani’s extradition after a judge ruled that he should return to South Africa to await trial.

Risk of suicide
But Dewani is appealing against the decision. His lawyers are arguing that he is too ill to be extradited, and there is a real risk he would take his own life if he were sent back.

Montgomery also argued that he would be at serious risk of violence at the hands of other prisoners, were he to be held in jail in South Africa.

According the Times report, video footage of the Pappa Wag vir Jou campaign — in which actors portraying inmates who hint darkly that newcomers will be raped — was played to the court.

Dewani is suffering from two severe mental illnesses, depression and post-traumatic stress disorder. In April, he was sectioned under the Mental Health Act, and is being cared for in a medium-secure psychiatric unit.

Unfit to stand trial
Montgomery said all the forensic psychiatrists who had examined Dewani, including those commissioned by the South African government, agreed he was unfit to stand trial because of his mental illnesses.

The experts also accepted that his illnesses were untreatable using anti-depressant medication because he suffered from a life-threatening reaction to such drugs.

They also agreed that Dewani was at a high risk of suicide because of his illnesses. At present, he was checked every 15 or 20 minutes to make sure he was not harming himself.

Montgomery said the psychiatrists accepted extradition would cause him “further psychiatric” harm. His fitness to be tried would be “further compromised, to the point where he might never recover”, she said.

She argued that he would not receive the treatment he needed in prison in South Africa.

She said that this did not mean Dewani could never be sent back, but: “It serves to delay extradition until such time as the person has recovered.”

Dewani was not at the hearing, which is expected to conclude on Wednesday. Members of his and Anni’s families both sat at the back of the court.

The South African government is opposing the application.