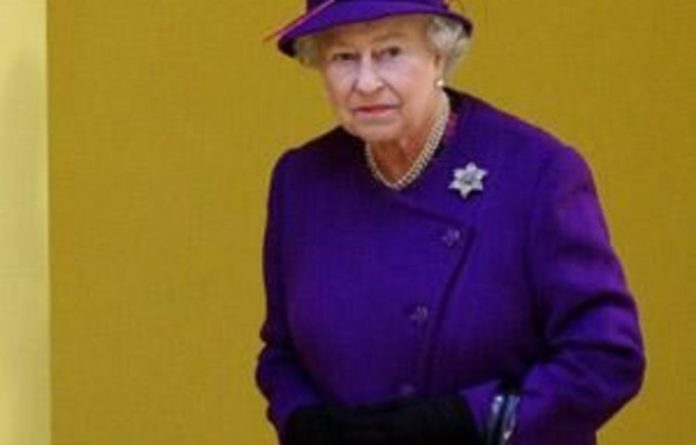 Prince William and his wife Catherine will travel to the Asia-Pacific region, while heir to the throne Prince Charles and his wife Camilla will visit countries including Australia and Canada, it said.

The queen (85) and her husband Prince Philip (90) will remain in Britain but will travel as widely as possible throughout England, Scotland, Wales and Northern Ireland, the palace said.

“Members of the royal family will travel overseas representing the Queen throughout the Diamond Jubilee year, visiting every Realm as well as undertaking visits to Commonwealth countries, Crown

Dependencies and British Overseas Territories,” a Buckingham Palace spokesperson said in a statement.

The world tour adds to events at home in Britain marking the jubilee, including a massive pageant on the River Thames involving up to 1 000 boats and the lighting of beacons across the country.

In what is likely to be the most high-profile part of the itinerary, William — the queen’s grandson and second in line to the throne — will travel with Catherine to Malaysia, Singapore, the Solomon Islands and Tuvalu.

Solo trip
The tiny Pacific nation of Tuvalu has not had a royal visit in decades. When the queen and her husband toured it in 1982 they were carried shoulder high by islanders into the capital Funafuti as they sat in canoes.

Prince Harry, William’s younger brother, will make his first solo trip overseas on behalf of the queen, touring Belize, Jamaica and the Bahamas.

William and Harry’s father Prince Charles will travel with Camilla to Australia, Canada, New Zealand and Papua New Guinea. Charles will also visit the Channel Islands off the coast of France.

Ottawa on Wednesday released some details of the Canadian leg of the travel planned by The Prince of Wales and The Duchess of Cornwall, which is to take place in May.

Their itinerary includes stops in New Brunswick, Ontario and Saskatchewan, according to a statement from the office of David Johnston, Canada’s governor general.

The Falkland Islands in the southern Atlantic Ocean, the object of a 1982 British-Argentine war, will receive a visit from a minor royal, the queen’s first cousin Edward, the Duke of Kent.

Prince William is set to be stationed there for six weeks as a Royal Air Force rescue pilot early next year, a move that has angered Buenos Aires, where the islands are known as Las Malvinas.

Turbulent period
The queen’s second son Prince Andrew will visit India, her daughter Princess Anne will visit Mozambique and Zambia, and her youngest son Prince Edward and his wife Sophie will visit the Caribbean.

The queen’s 15 realms are nations where the British sovereign remains head of state.

The 54-nation Commonwealth comprises mainly former British colonies; Crown Dependencies include the Channel Islands while the Falklands and Bermuda are examples of British Overseas Territories.

Elizabeth is the second longest-reigning monarch in British history, after her great-great-grandmother queen Victoria, who reigned for more than 63 years.

She became queen when her father, King George VI, died on February 6 1952, while she was in Kenya on an official visit.

The tour aims to capitalise on the queen’s continuing popularity as the British royals seek to revamp themselves after a turbulent period following the death of William’s mother Princess Diana in 1997.

The palace has already announced that Britain will have an extended four-day weekend from June 2 to 5 to celebrate her reign, while countries including Canada, Australia and New Zealand, will stage their own events. — AFP