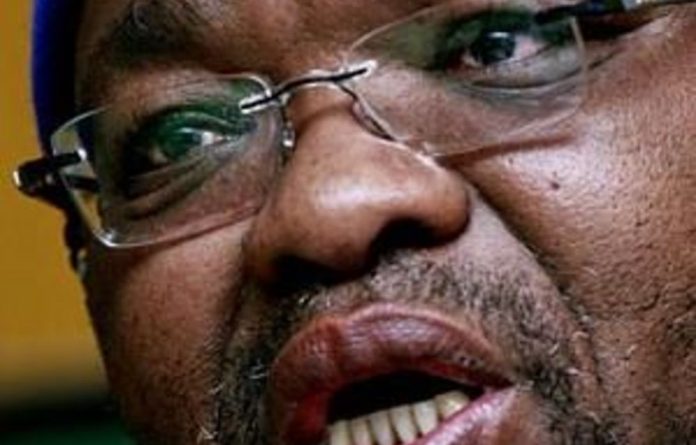 The Movement for Democratic Change (MDC) has been stung by the ANC’s public endorsement of President Robert Mugabe and his Zanu-PF party last weekend.

The four-day Zanu-PF conference in Bulawayo was also graced by representatives of other liberation movements — the People’s Movement for the Liberation of Angola, Tanzania’s Chama Cha Mapinduzi, Mozambique’s Frelimo, the Botswana Democratic Party and Zambia’s Patriotic Front. Each of the parties delivered messages of solidarity at the conference, which was attended by about 3 000 delegates.

However, most unnerving for Zimbabwe’s official opposition was ANC secretary general Gwede Mantashe’s offer to assist Zanu-PF with “strategies” to win the next elections, mooted for early next year. Given South Africa’s role in mediating in Zimbabwe’s decade-long political crisis, the endorsement could tip the scales in favour of Zanu-PF.

MDC hawks who spoke to the Mail & Guardian this week described Mantashe’s comments as being “in bad taste”.

The MDC’s position in the Southern African Development Community (SADC) was strengthened this year after it won its sympathy after Zanu-PF stepped up a violent crackdown against the opposition in March. The SADC subsequently took a tougher stance on Mugabe. South Africa’s President Jacob Zuma, a SADC-appointed facilitator, has also been praised for tackling Zanu-PF’s belligerence and bringing new pressure to bear on Mugabe.

“It’s in bad taste. How can the ANC secretary general utter such statements slanted towards their comrades and think that these won’t affect the mediation process. That’s just ridiculous,” said an MDC official.

But Mantashe has rejected claims that the ANC’s support of Zanu-PF would compromise the mediation process, which he said was being conducted at an inter-state and not at an inter-party level.

MDC deputy spokesperson Tabitha Khumalo said: “We are still waiting for the national leadership to come up with a position on the matter and we will then advise accordingly.”

Zanu-PF spokesperson Rugare Gumbo dismissed the MDC’s complaints and said: “There is no compromise on the part of President Zuma facilitating in Zimbabwe just because the ANC endorsed President Mugabe. The ANC and Zanu-PF share historical ties and the relationship that the two parties have is a very special one.

“The threat of neo-colonialism is strong in the region and it’s good to have sister parties coming out to defend with us the liberation gains.”

MDC spokesperson Nhlanhla Dube said: “The sincerity of South Africa has now been put into question.

“By supporting one political party over the many others, especially at a time of inconclusiveness in Zimbabwe’s political crisis, is certain to reduce South Africa’s credibility in the eyes of the other parties and possibly threaten to jeopardise the Zimbabwe talks.”