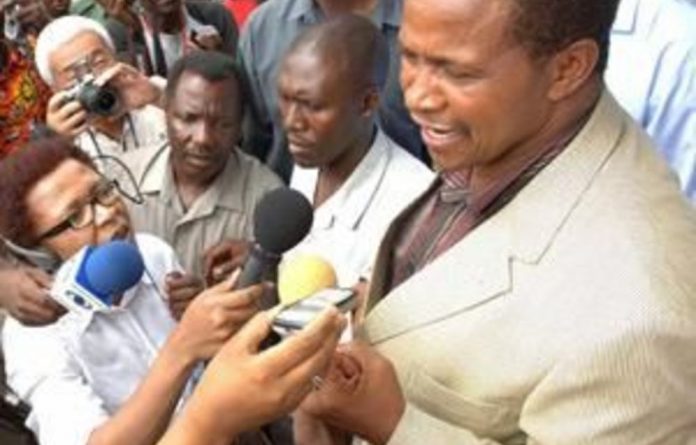 The Press Freedom Commission will be able to show the ANC a "highly successful" example of press self-regulation on the African continent — in Tanzania — when it submits its report next year.

The commission's research, initiated by Print Media South Africa and the South African National Editors' Forum, is a response to criticism of South Africa's self-regulatory mechanisms.

The commission has urged the public to help shape the regulatory framework in South Africa. Commissioner Phillip Mtimkulu said people should voice their views about the print media's existing regulatory system, which comprises the Press Council, the Ombudsman's office, the Constitution, the Press Code and complaints procedures.

Critics of the current system principally include the ANC, which in terms of a 2007 congress resolution is pressing for a statutory media appeals tribunal. The party is also assessing how individual journalists report on it.

Tanzania is moving in the opposite direction from South Africa. The MCT was formed in 1995 following a government attempt to introduce statutory regulation.

The council has a board of 13, seven of whose members are from the media and about a third of whom must be women. Complaints are first mediated by the secretariat and when that fails it passes them to the ethics committee, which holds a hearing.

A complainant must appear in person at the hearing, but does not waive his or her right to approach the courts. The 25-member secretariat is divided into programmes, monitoring and publications sections.

Bulletins are used to warn editors when a consistent pattern of violations is detected. The last bulletin, for example, dealt with the publication of photographs of Libya's Muammar Gaddafi after his violent death.

UK
A less successful self-regulatory system is that used in the United Kingdom, in which the Press Complaints Commission is funded by publishers.

The commission comprises 17 editorial members and nine members of the public, with the latter grouping providing the chairperson.

"Forum shopping" is prohibited, meaning that legal avenues cannot be pursued at the same time as a complaint to the commission. However, a complainant may approach the courts subsequently, as happens in South Africa.

Responding to the phone-hacking scandal in the UK, the commission found that it was a criminal conspiracy within the jurisdiction of the police and that the commission was not responsible. However, it has conceded that there is a need to strengthen privacy law in Britain, with "teeth and proportionate penalties".

Suggestions for the future regulation of the print media include an accessible complaints system, stricter penalties and compensation and independent representatives on the commission to make rulings.

Denmark
According to Reporters without Borders' 2011 Press Freedom Index, the top 25 countries in terms of press freedom have self-regulatory systems. The one exception is Denmark, which has a co-regulatory arrangement in which the state plays a significant but not punitive role.

The Danish Press Council is established by statute and chaired by a supreme court judge. Its vice-chairperson must be a lawyer, whereas other members are journalists and members of the public.

The justice department is responsible for accounting, hiring and human resources and oversees the appointment of the chairperson. Three permanently employed lawyers are based in the council's offices, and a justice department official visits its offices once a week to give assistance.

Acting as a court of appeal on complaints, it has the power to order corrections, retractions and apologies and can impose fines in the event of noncompliance.

India
The only statutory regulatory system investigated by the Press Freedom Commission was the Press Council of India.

This is established by statute, but has no legal instruments to enforce its decisions, meaning that it is essentially an advisory body that relies on moral persuasion.The new council chair is lobbying to enforce a resolution to give it "teeth".

The council comprises a chairperson, the only full-time officer, who must be a retired supreme court judge, and 28 other members: six editors and seven working journalists; six owners or managers of newspapers; one manager of a news agency; three representatives from academia, the Bar Council of India or the artistic and literary community; and five members of Parliament.

Eighty percent of its funding comes from a parliamentary grant and the balance from membership fees.

Deadline
Thursday this week is the last day for written submissions to the Press Freedom Commission, but members of the public can still make their voices heard at public hearings next month in Cape Town, Port Elizabeth, Durban, Bloemfontein and Johannesburg.

To date, the commission has received more than 180 submissions. At the time of going to press, it was waiting for submissions from the ANC, the Democratic Alliance and some editors.