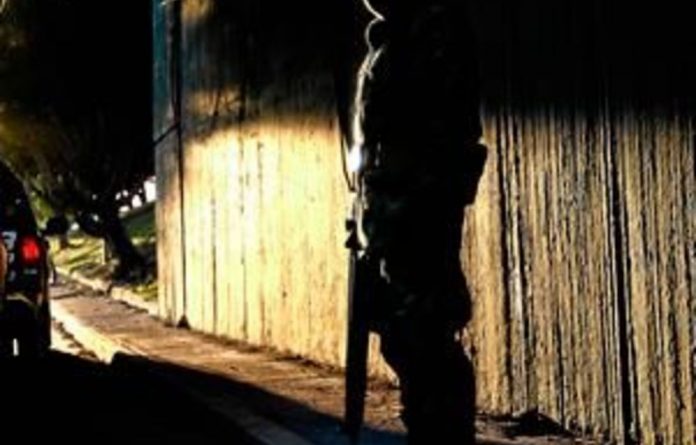 If anyone at the Academy Sports shop in Houston was suspicious as John Hernandez pushed $2 600 in cash across the counter, they kept it to themselves.

The 25-year-old unemployed machinist walked out of the gun shop in his dark glasses, clutching three powerful assault rifles modelled on the United States army’s M16.

A few weeks later Hernandez bought five similar weapons at another Houston gun shop, Carter’s Country. Again, there were few questions on that occasion, or as he visited other weapons stores across the city in the following months, until he had bought 14 assault rifles and nine other weapons for a total of nearly $25 000.

With each purchase, all the law required was that Hernandez prove he lived in Texas and could wait a few minutes while the store checked he had no criminal record.

Months later, one of those assault rifles was seized in Mexico at the scene of the Acapulco police massacre in which one of the country’s most powerful drug cartels killed five officers and two secretaries in an attack at the beach resort once regarded as a millionaires’ playground. Another gun was recovered after the kidnap and murder of a cattle buyer. Others were found in the hands of top-level enforcers for narcotics traffickers, or abandoned after attacks on police and the military. The guns have been tied to eight killings in Mexico.

In time US federal agents discovered that Hernandez was at the heart of a ring of two dozen people who bought more than 300 weapons from Texas gun shops for one of the more notorious Mexican drug cartels, Los Zetas. Some of those guns have since been linked to the killings of at least 18 Mexican police officers and civilians, including members of the judiciary and a businessman.

The weapons bought by Hernandez and his ring were just a fraction of the tens of thousands smuggled across the US’s southern border to cartels fighting a bloody war with the Mexican government that has claimed 45 000 lives in five years.

It is a war sustained by a merry-go-round. The cartels use the money that Americans pay for drugs to buy weapons at US gun stores. These are then shipped across the frontier, often using the same vehicles and routes used to smuggle more narcotics north. The cartels use the weapons to protect narcotics production in their battle with the Mexican police and army.

Obtaining guns with ease
Key to the cycle is the ease with which traffickers obtain guns in the US, made possible in large part by the robust opposition from the powerful gun lobby, backed by much of the US Congress, to tighter laws against arms trafficking.

“The US is the easiest and the cheapest place for drug traffickers to get their firearms. As long as that continues, there will be gun trafficking,” said J Dewey Webb, the special agent in charge of pursuing weapons traffickers in Texas at the US Bureau of Alcohol, Tobacco, Firearms and Explosives (ATF).

Kristen Rand, director of the Violence Policy Centre, which campaigns for greater gun control, said drug traffickers faced little more than a few logistical difficulties in buying weapons in the US. “If you wanted to design a set of laws to encourage gun trafficking, that is what the US has done. The traffickers can access a high volume of assault weapons, sniper rifles, armour-piercing handguns. All the weapons they need to wage war are readily available on the civilian market.”

It is even easier to buy ammunition. Although many states demand a driver’s licence to buy common types of cold medicine that can also be used to manufacture methamphetamine, not a single state requires identification to purchase ammunition, even in large quantities. According to the US Government Accountability Office, 87% of firearms seized by Mexico over the past five years were traced to the US. Texas was the single largest source of guns seized.

One of the most senior members of Los Zetas, Jesús Enrique Rejón Aguilar, said after his capture in July that the cartel was armed with weapons from US gun shops. “All the weapons are bought in the United States.”

Only legal residents of Texas can buy guns over the counter, so the cartels use people like Hernandez, who has since been jailed for eight years, as “straw purchasers”.

The so-called straw buyers are mostly in search of guns like AK-47s and ArmaLite assault rifles, which were popular with the Irish Republican Army, as well as powerful pistols like the Belgian-made FN. All are available over the counter in thousands of gun shops.

Webb rested his hand on a long, heavy sniper rifle that fires a round more than 15cm long, seized on its way to Mexico. “The cartels want that because it fires a round that can disable a vehicle by penetrating the engine. You can hit a target from almost a mile away. That gun sells for about $10 000. Over the past five years we’ve seen an increase in demand by the traffickers for that gun,” he said.

Last month, attorney general Eric Holder told Congress that the US was “losing the battle” to stem the flow of weapons and also appealed for stronger legislation.

Mexico’s president, Felipe Calderon, last year pleaded with the US Congress to act. “There is one issue where Mexico needs your co-operation and that is stopping the flow of assault weapons and other deadly arms across the border.”

A report by the US Senate’s narcotics control caucus in June said: “Congress has been virtually moribund while powerful Mexican drug-trafficking organisations continue to gain unfettered access to military-style firearms coming from the US. The reason [better gun control] doesn’t happen is because the National Rifle Association owns Congress,” said Rand.

“Congress is right now ­working to pass legislation to loosen the restrictions on the carrying of concealed weapons. There’s no will, no leadership from the White House.”

The ATF, which falls under Holder’s jurisdiction, earlier this year began requiring gun shops in the four US states bordering Mexico to report to authorities if the same person buys two or more assault rifles, as well as some other guns that have been flagged, over a five-day period.

The gun lobby’s strategy has been to go on the attack by questioning whether the cartels are being armed by guns bought in the US at all.

Ultimately, said Webb, it was the drug buyers who were responsible.

Mexico’s president sees it differently: “Why does this arms business continue?” Calderon said in June. “I say it openly: it’s because of the profit which the US arms industry makes.” –