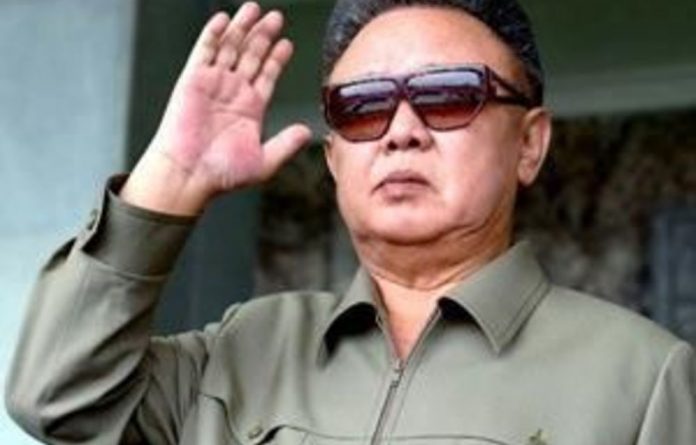 North Korean leader Kim Jong-Il has died aged 69 of a heart attack, state media announced on Monday, plunging the impoverished but nuclear-armed nation into uncertainty amid a second dynastic succession.

The official Korean Central News Agency (KCNA) said the leader “passed away from a great mental and physical strain” at 8.30am on Saturday while on a train for one of his “field guidance” tours.

It urged people to follow his youngest son and heir apparent Kim Jong-Un, who is aged in his late 20s and until last year had no public profile.

“All party members, military men and the public should faithfully follow the leadership of comrade Kim Jong-Un and protect and further strengthen the unified front of the party, military and the public,” said the news agency and a weeping black-clad TV announcer.

KCNA said Kim died of a “severe myocardial infarction along with a heart attack”. It said an autopsy was performed on Sunday.

The leader suffered a stroke in August 2008 which left him with impaired movement in his left arm and leg.

His funeral will be held on December 28 in Pyongyang but no foreign delegations will be invited, KCNA said. A period of national mourning was declared from December 17 to 29.

Emergency alert
South Korea placed all troops on emergency alert after the shock news, the South’s Yonhap news agency reported. It summoned a meeting of the National Security Council and President Lee Myung-Bak cancelled all his schedules.

The Joint Chiefs of Staff said it had increased monitoring along the border along with US forces in the country but no unusual activity had been observed.

North and South Korea have remained technically at war since their three-year Korean conflict ended only in an armistice in 1953.

KCNA, quoting a statement from the national funeral committee headed by Jong-Un, said Kim Jong-Il’s body would lie in state in Kumsusan palace where his father’s embalmed body is on display.

It said mourners would be allowed to visit the body from December 20 to 27.

Following the funeral, another event to mourn the leader would be held on December 29. Mourning shots would be fired and three minutes of silence would be observed. All trains and ships would sound their horns.

Song remains the same
Kim took over after his father and founding president Kim Il-Sung died in 1994.

In the mid- to late-1990s he presided over a famine which killed hundreds of thousands of his people. Severe food shortages continue and the UN children’s fund estimates one-third of children are stunted by malnutrition.

But Kim still found resources to continue a nuclear weapons programme which culminated in tests in October 2006 and May 2009.

For several months there have been diplomatic efforts to restart six-nation nuclear disarmament talks which the North abandoned in April 2009.

US envoy Robert King held talks in Beijing last week about the possible resumption of US food aid. There had been speculation the two sides would meet in Beijing this week for separate talks about reviving the six-party process. — AFP