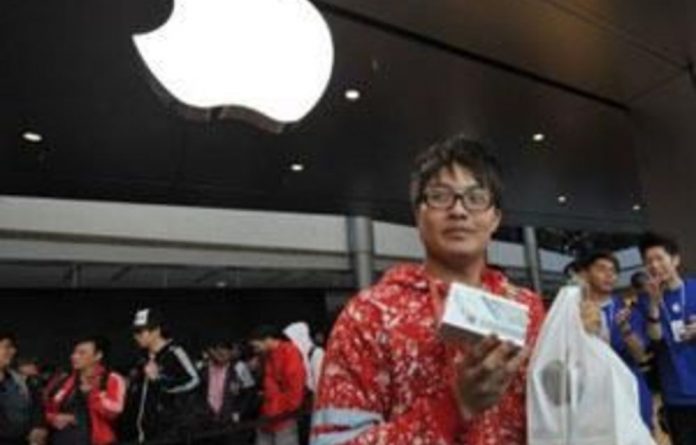 Apple’s iPhone “significantly” outsold other brands seeking to tempt Christmas shoppers in the UK, while Nokia’s new Lumia phone failed to make the top 10 best-selling phones through operators in the four weeks to December 9, according to the research company GfK.

The Financial Times reports that different versions of the iPhone made up more than 37% of sales, taking five of the top 15 spots in the first week of December.

But Nokia’s attempts to climb back to primacy with its Lumia 800 phone — the first running Microsoft’s Windows Phone software — seem to have made a slow start. The GfK data, which records sales through operators — the only way the phone was sold — says it failed to make the top 10 in the four weeks.

Despite a TV, poster and print advertising campaign rumoured to have cost more than £20-million, the Lumia “sold only narrowly more than Nokia’s more basic ‘Touch and Type’ phone”, the FT reports.

The Lumia 800 went on sale on 16 November, which will have limited its potential to appear in sales figures when ranged against Apple and Samsung — which have managed to pull far ahead of it in the smartphone UK market. More than half of UK mobile users own a smartphone, according to Ofcom data released last week.

The iPhone 4S, released in October, was the highest-selling phone for the four weeks to 9 December, making up a quarter of all sales, the FT reports. Other strong sellers included the iPhone 3GS, released in mid-2009.

Samsung’s Galaxy S II was the second-best selling phone in the week to 9 December.

RIM’s BlackBerry models took three of the top 10 spots in the first week of December with versions of its Curve models. But its new Bold 9900 did not figure in the top 10 — a bad sign as the company hangs more of its future on new models.

Last week it reported profits fell by 70%, while admitting it would not have models using its next operating system until late next year. —

France won’t bar but may restrict Huawei in 5G network

Your purse is the Apple of adverts’ eyes